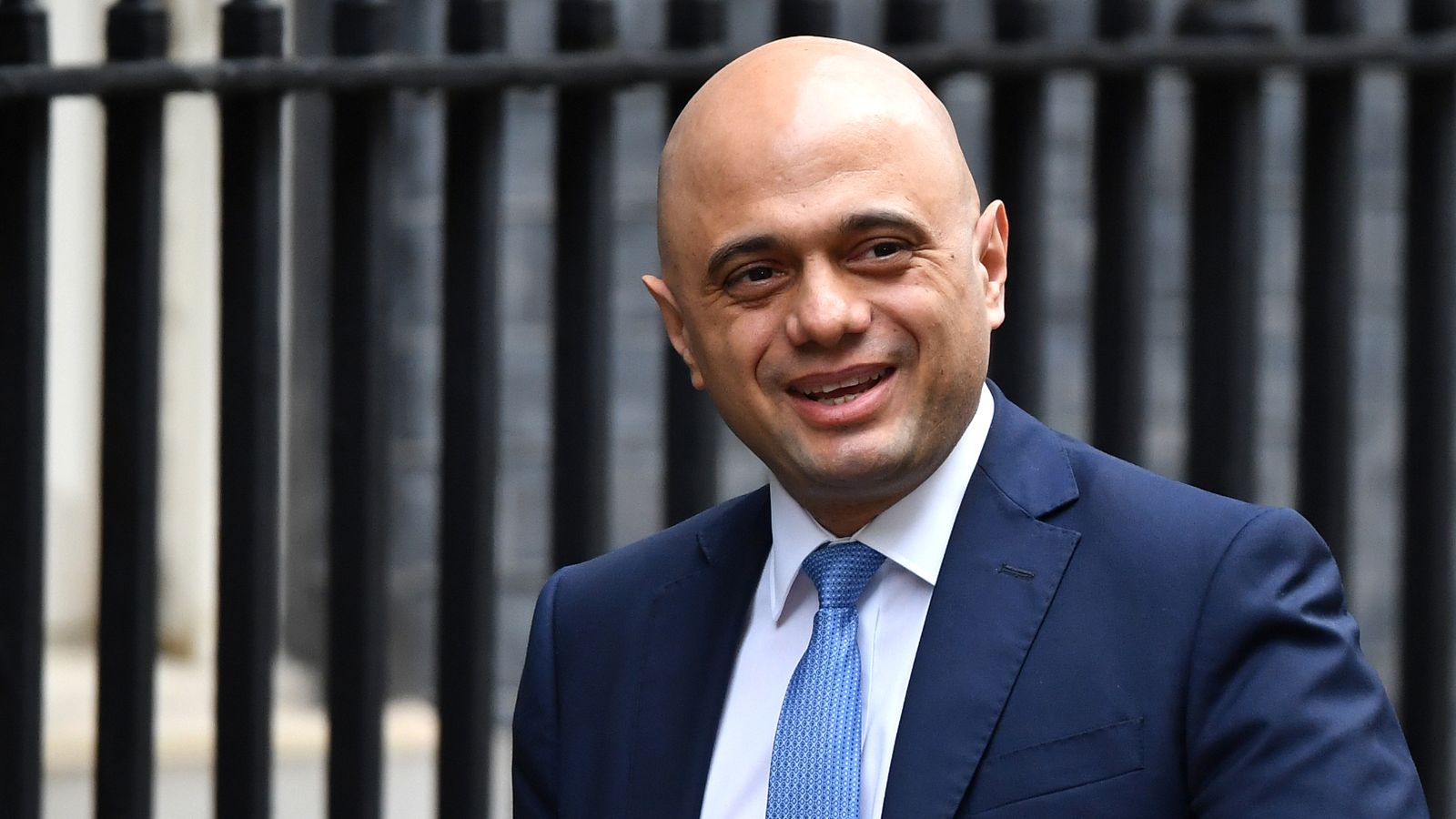 The Bromsgrove MP, 51, previously served as home secretary from 2018 to 2019 – and then as chancellor until February last year, when he was replaced by Rishi Sunak.

He quit after refusing to sack his aides in a row with the prime minister.

At the time, Mr Javid said he’d had “no option” but to resign – because Boris Johnson attached conditions to him staying in the role which “no self-respecting minister would accept”.

His surprise departure was the culmination of weeks of reported tensions between him and Dominic Cummings, the PM’s former chief adviser.

“I couldn’t see why the Treasury, with the vital role that it plays, should be the exception to that.”

Mr Cummings tweeted: “So Carrie appoints Saj! NB If I hadn’t tricked PM into firing Saj, we’d have had a HMT with useless SoS/spads, no furlough scheme, total chaos instead of JOINT 10/11 team which was a big success.

So Carrie appoints Saj! NB If I hadn’t tricked PM into firing Saj, we’d have had a HMT with useless SoS/spads, no furlough scheme, total chaos instead of JOINT 10/11 team which was a big success. Saj = bog standard = chasing headlines + failing = awful for NHS. Need #RegimeChange

Upcoming decisions on the pandemic response include advising the prime minister on whether the remaining restrictions should be removed next month.

There are also major concerns about a huge backlog of operations, and the funding of social care.

Labour’s shadow health secretary Jonathan Ashworth said: “Sajid Javid failed to reverse the previous eight years of social care cuts or deliver the investment our NHS needed in his time as chancellor of the Exchequer.

“He now needs to explain how he will bring down sky high waiting lists, ensure people get the cancer care they need, get young people vital mental health support and crucially fix social care, which has suffered swingeing cuts under the Conservatives.”

Mr Javid was born in Rochdale, Greater Manchester, and is one of five sons of Pakistani immigrants.

The family moved to Bristol, where they ran a shop and lived in the two bedroom flat above it.

His father also worked as a bus driver.

Before entering politics, Mr Javid was a banker.

Last August, he got a new job with Wall Street giant JP Morgan.