Euro 2020: After so many months of separation and sacrifice, England’s win was a powerful tonic 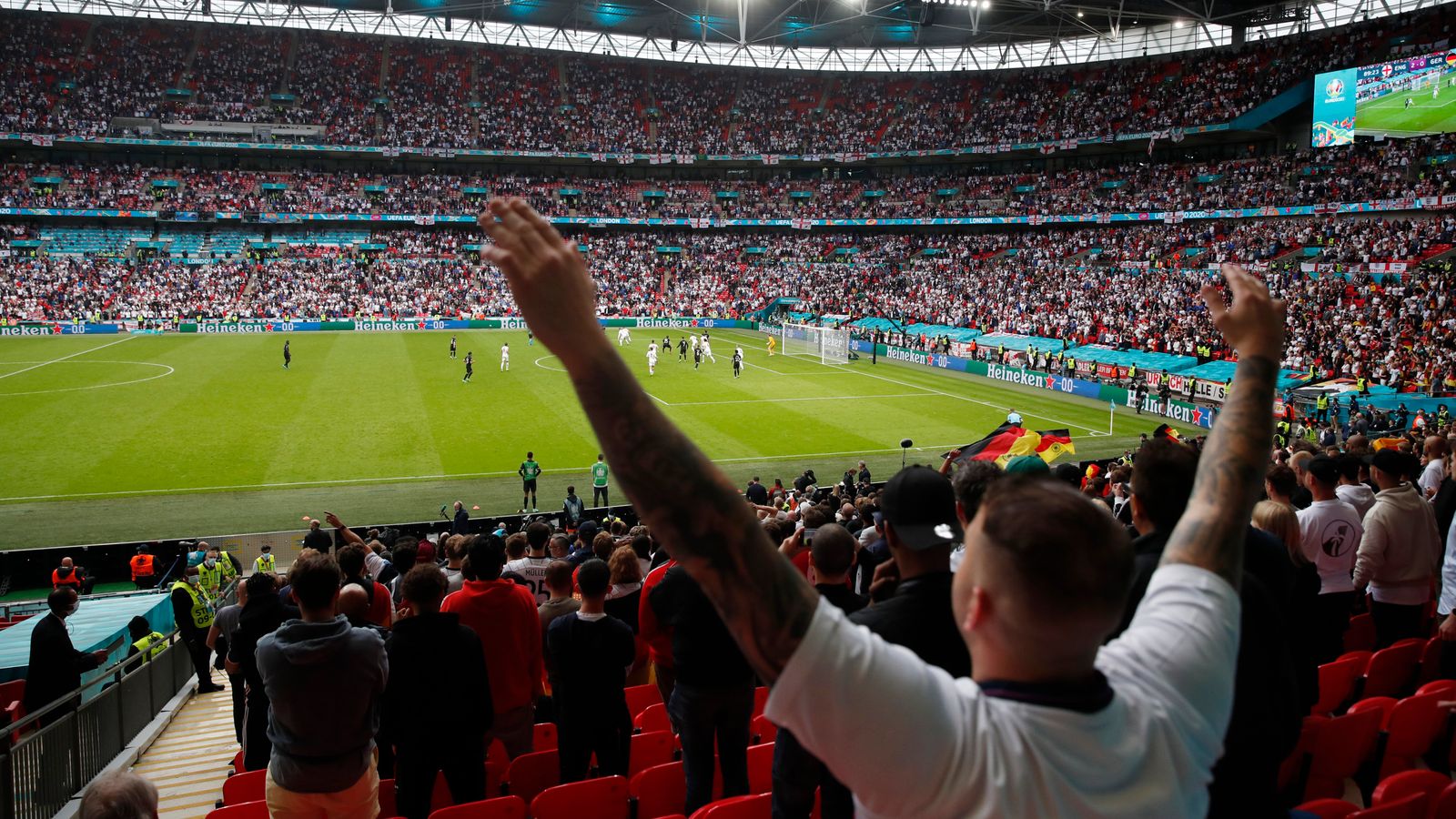 After so many months of separation and sacrifice , a national moment of joy is a powerful tonic.

Wembley was somewhere near half capacity for this fixture but it was an atmosphere at full throttle in the stands.

The noise felt something like Euro 96 when England toppled Scotland, flew past the Dutchmen, saw off the Spanish, but came up short against Germany on penalties.

Image: 40,000 fans were present to witness history – as England beat Germany in knockout football for the first time since 1966

Having missed his kick 25 years ago, Gareth Southgate has now exorcised those demons as a manager.

Afterwards, he acknowledged how important the result is given the pandemic that everyone has been through.

Scotland and Wales had a satisfying swift sip of Euros success this summer, but Southgate’s England have now settled in for a proper session of knockout football.

It matters for all sorts of reasons – sporting, social, and even cold, hard economic reasons.

There are grassroots sports clubs who will get to take another big night on the bar of their clubhouses for the quarter-final.

Image: Raheem Sterling, who grew up near Wembley, scored his third goal of the tournament, putting England 1-0 up in the second half

Stanway Rovers in north Essex is one of many many clubs where football (perhaps) coming home equates to football continuing to survive in their community.

The Scottish groundsman, Bobby Ritchie, told me beforehand he’d be delighted if this win against Germany materialised.

“We need it, we really need it – right now it helps us keep going,” he said.

No doubt he speaks for plenty others too.

Cyberpunk 2077 is back in stores