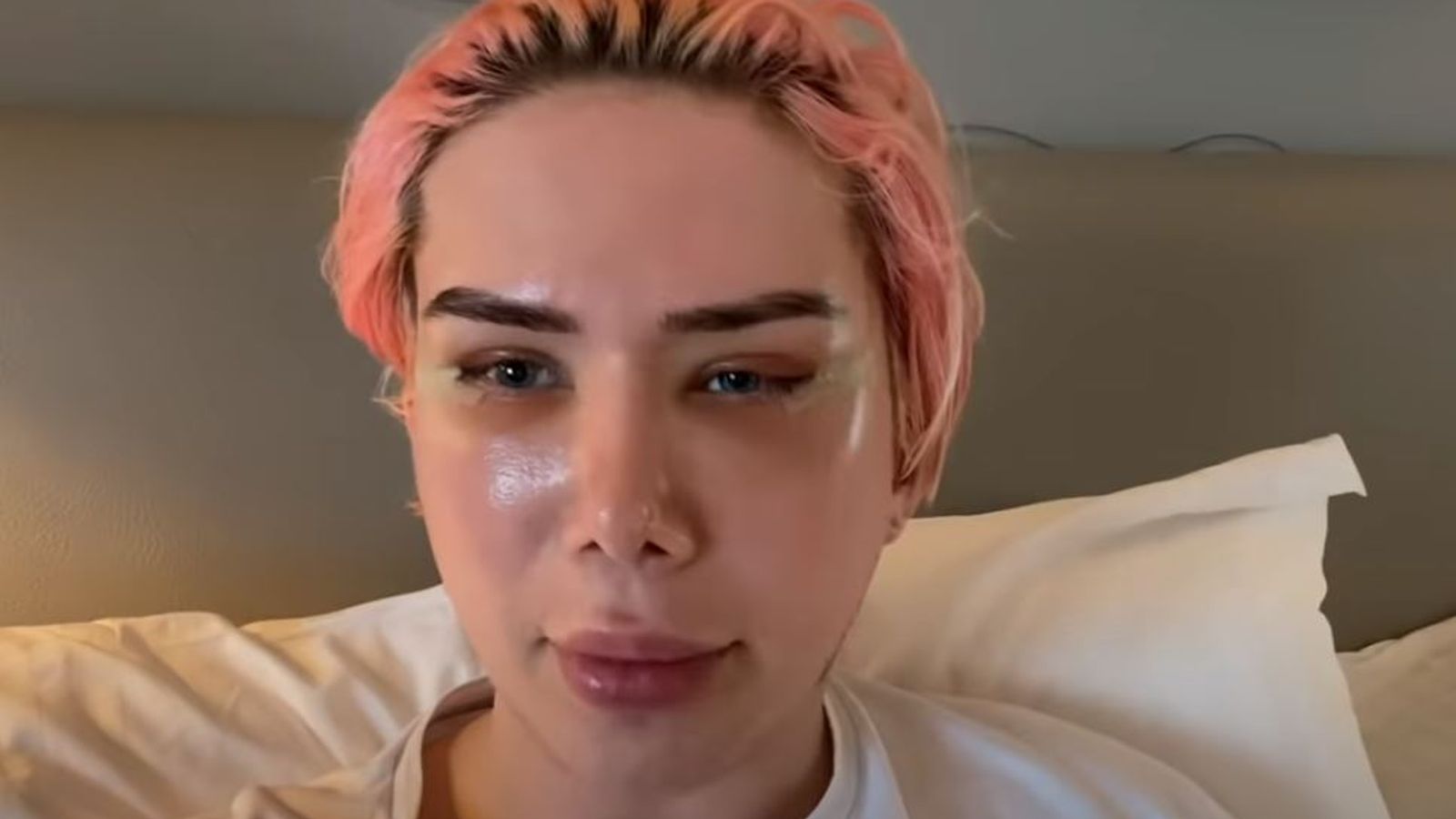 A white British influencer and singer has defended “identifying as Korean” after having what they have described as “racial transitional surgery”.

Oli London, who also recently came out as non-binary and uses the pronouns they and them, released a video on YouTube explaining why they have undergone plastic surgery 18 times to look like BTS singer Park Ji-min, or Jimin.

The influencer, who has hundreds of thousands of followers across social media platforms including TikTok and Instagram, said they had been “very unhappy with who I am deep down for the last eight years”.

Some critics have accused them of cultural appropriation. London said they wanted others to respect their decision following the backlash.

In a statement sent to Sky News, the 31-year-old said: “I’m not about negativity or sparking controversy. At the end of the day I’m a human being living in my truth. It’s an unfortunate reality for so many to have to hide who they truly are.”

In their video statement showing the results of their surgery – which includes a face lift, a brow lift, and work on their teeth – they said: “I know a lot of people don’t understand me, but I do identify as Korean and I do look Korean now, I do feel Korean…

“That’s just my culture. That’s my home country. That’s exactly how I look now. And I also identify as Jimin, that’s my career name.”

London said they understood there is “a little bit of confusion for some people” but after struggling with identity issues they finally “feel beautiful” and wanted to speak out during Pride month.

They said they had lived in Korea and speak the language and “have the Korean look now, I look completely Korean”.

London continued: “If you didn’t know who I was, you would just think I was a Korean person, not a man or a woman, just a person.

They urged people not to make “cruel comments” and said they had been bullied as “people don’t get it”.

London, pictured above in an Instagram post from December 2020, before the latest surgery, said they wanted to “take the brave step” to speak out as “I’m sure there’s many other young people out there that do identify as Korean or maybe as Japanese, and they don’t have the strength or courage, or they don’t know the words how to express this. And it’s a very, very tough thing.”

The influencer has been posting messages on social media about identifying as non-binary and Korean in recent weeks.

Responding to a tweet in which they posted an “official flag” for the identity, one Twitter user wrote: “You can be non binary that’s who you are but you are not and you will never be korean.”

“I don’t think they even understand how disrespectful this is,” another said.

Image: London is a fan of South Korean band BTS

Responding to the comments on the flag, London told Sky News: “If anyone is familiar with the LGBTQI+ community in Korea they know that this is the official flag that represents equality, pride and love for all.

“I am who I am, but my main goal is to support the Korean community and all of those around the world who identify themselves in different ways. Korea is in my Heart and my Seoul.”