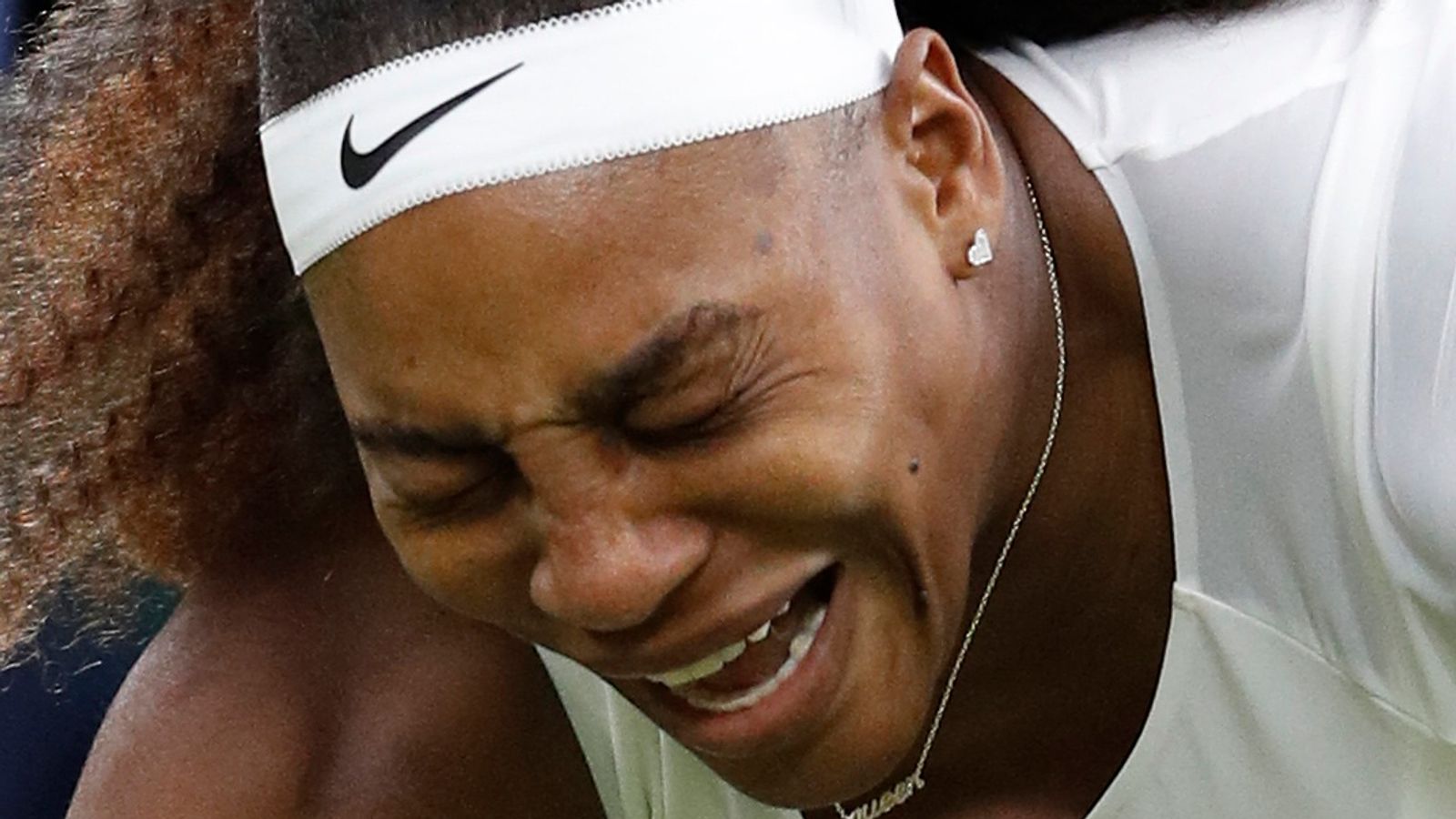 Serena Williams has become the latest casualty at Wimbledon after an ankle injury forced her to retire from her first-round match with Aliaksandra Sasnovich.

The seven-time singles’ winner at the All England Club was serving in the fifth game at Centre Court when she lost her footing near the baseline while hitting a forehand.

Image: The American went off court to get treatment

After dropping that game, she took a medical timeout and tried to continue playing.

A crying Williams bit her upper lip and covered her face between points with the crowd doing its best to offer support and encouragement.

But eventually, the 39-year-old American dropped to her knees, and the chair umpire came over to check on her.

Williams, who was trying to equal Margaret Court’s record of 24 Grand Slam titles, then made her way up to the net to shake hands with Sasnovich, conceding with the score 3-3, 15-30.

Officially, it will go in the books as only the second first-round Grand Slam exit of Williams’ career.

At 39, she was still among the tournament favourites after finishing runner-up in 2018 and 2019.

Image: However she was forced to retire after failing to recover

She follows a number of other big name players to make an early exit from Wimbledon this year, which is back with spectators after being cancelled in 2020 due to the pandemic.

British number one Johanna Konta had to pull out on the eve of the tournament after a member of her team tested positive for coronavirus.

Her exit came after Rafael Nadal and Naomi Osaka had earlier pulled out of the SW19 tournament.