Euro 2020: England fans travelling to Rome for quarter-final clash against Ukraine will not be allowed in stadium, warns Italian embassy 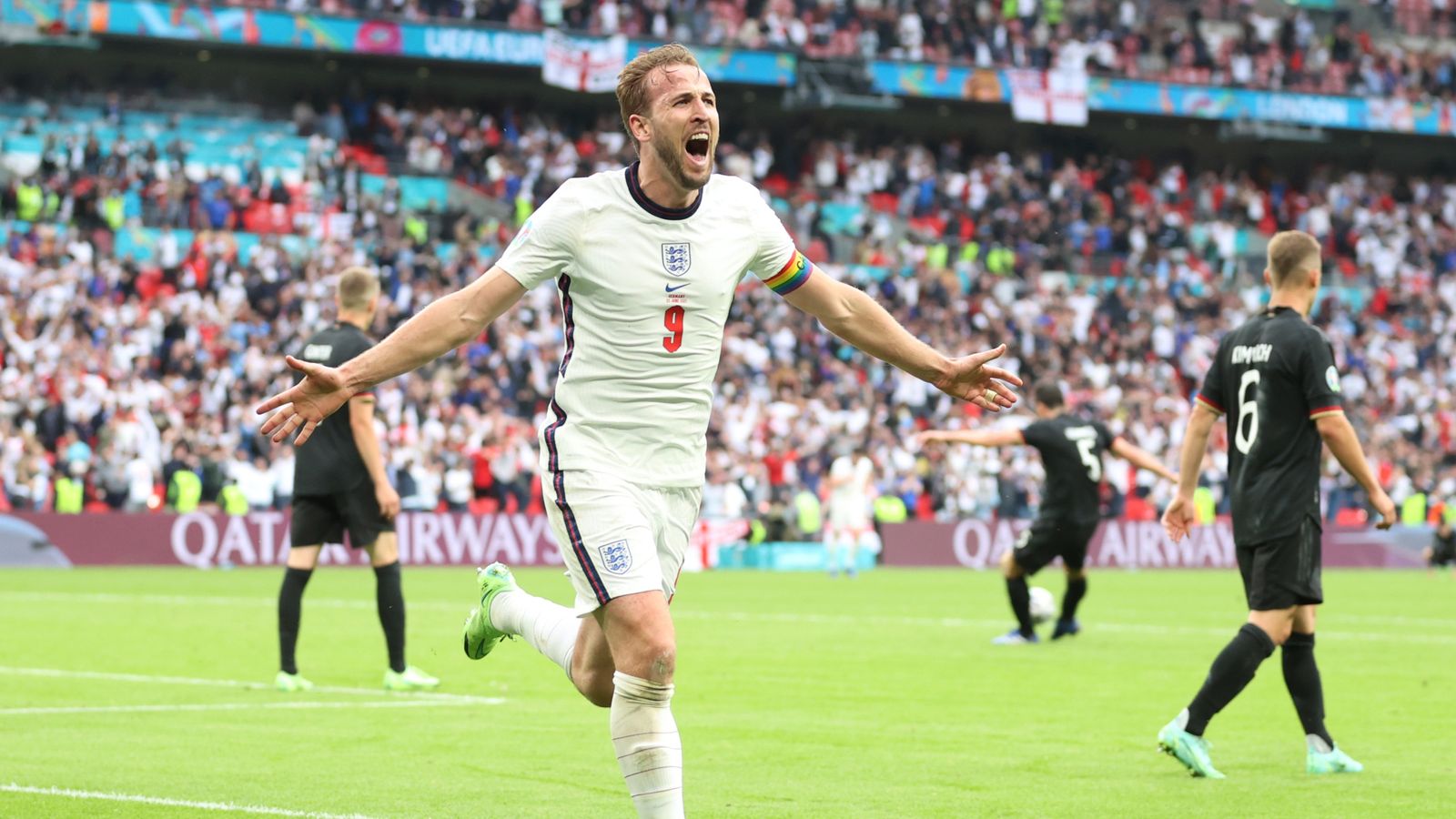 England fans travelling to Italy to watch the team’s Euro 2020 quarter-final clash with Ukraine have been warned they will not be allowed in the stadium.

A statement issued by the Italian embassy in London on Thursday said that due to current coronavirus restrictions in the country, “anybody who has been in the UK in the previous 14 days, irrespective of their nationality or residency will not be admitted to the stadium, even if they have a ticket”.

Italy is on the UK’s amber travel list, and all UK arrivals in Italy currently have to isolate for five days.

England fan slides on beer after win over Germany Image: England fans have been warned they will not be allowed in the Stadio Olimpico in Rome, ‘even if they have a ticket’. Pic: AP

The statement continued: “Only those who can prove that they have arrived in Italy at least six days previously, have observed five days of quarantine, and have taken a post-quarantine COVID-19 test with a negative result will be allowed into the Stadio Olimpico.

Anyone found to be not in quarantine “will be punished”, officials said.

“Fans based in the UK should therefore not travel to Italy to attend the match on Saturday at the Stadio Olimpico in Rome,” they added.

England beat Germany on Tuesday to set up the showdown in the Eternal City.

Famous faces including the Duke and Duchess of Cambridge, their son Prince George, ex-England footballer David Beckham, singer Ed Sheeran, and David Baddiel and Frank Skinner who topped the charts twice with the iconic Three Lions, were among 40,000 supporters who roared England to the historic win inside Wembley.

The fresh travel warning comes after the FA said on Wednesday that it “will not be selling any tickets via the England Supporters Travel Club for this fixture” due to UK and Italian travel restrictions.

One England fan with tickets for Saturday’s match voiced his frustration, saying he had considered flying out last Sunday to observe the quarantine rule, but chose not to because it would have meant taking a week off work.

Warrick Howard, 37, from Leicestershire, who bought tickets through the ballot system in 2019 for 140 euros (£120) each, said: “Given the huge push to have everyone vaccinated there were ways of making this work for fans attending this tournament, but UEFA and the EU have made no effort to do so.

“I guess they were too busy organising thousands of ‘no quarantine required’ exemptions for their couple of thousand VIPs.”

Former England international John Barnes told Sky News that England’s players will have to create their own atmosphere in Rome.

“Well I’m hoping for it not to have an impact because of course it is great to have your fans there,” he said.

“They have to make their own atmosphere.”

Euro 2020 final will ‘absolutely’ go ahead with more than 60,000 fans at Wembley, says minister