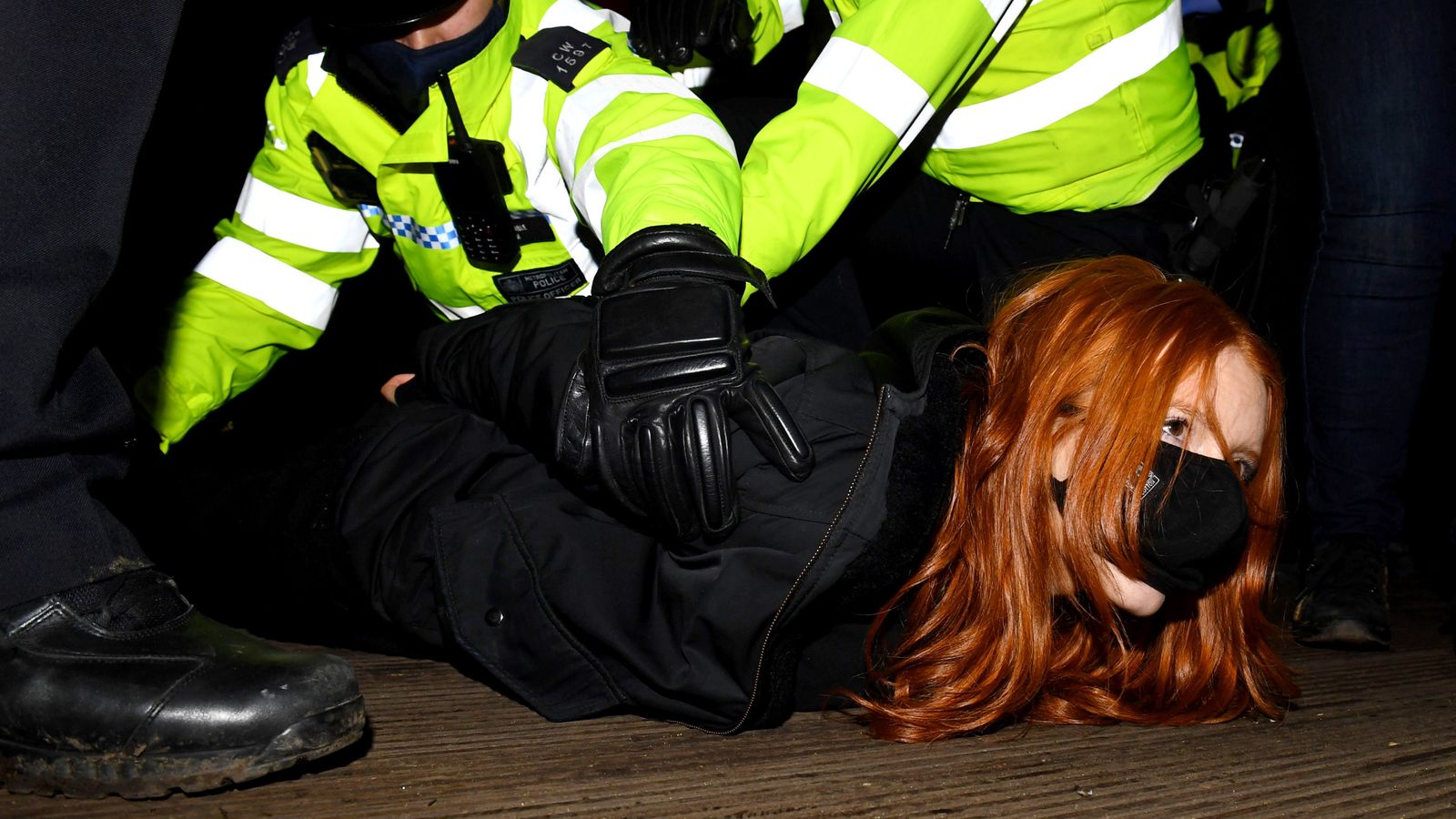 Police breached “fundamental rights” in their handling of the Sarah Everard vigil in London and Kill the Bill protests in Bristol, a parliamentary inquiry has found.

The Metropolitan Police and the Avon and Somerset force committed “multiple failings” in their response to the two events, according to the All-Party Parliamentary Group on Democracy and the Constitution (APPGDC).

Their report claims that both forces wrongly applied coronavirus lockdown laws and “failed to understand their legal duties in respect of protest”.

It also suggested that officers taking action against protesters – as opposed to engaging with them before the event – “may have increased the risk of COVID-19 transmission” at the Sarah Everard Vigil in Clapham, southwest London.

Officers in Bristol “failed to distinguish between those protesting peacefully and those engaging in acts of violence”, which resulted in “excessive force” being used, it added.

The Met and Avon and Somerset Police came under huge criticism following the two events in March – with images of officers clashing with demonstrators causing huge controversy.

The Clapham vigil was held in memory of Ms Everard, who was found dead after she disappeared while walking home nearby.

Wayne Couzens, who was a serving Metropolitan Police officer at the time, has pleaded guilty to her kidnap and rape, and has accepted responsibility for her death.

Patsy Stevenson, who was pictured being bundled to the ground at the London vigil, has threatened legal action against the Met unless they withdraw the COVID fine they gave her.

Kill the Bill marches were organised to protest against powers in the Police, Crime, Sentencing and Courts Bill (PCSC), which would impose controversial “conditions” on demonstrations.

“The police must not become the enforcement agency of the state against those who choose to publicly and collectively call for change – political, economic, social or environmental,” he added.

“Parliament must protect our freedoms and reject attempts to increase police power and restrict our right to peaceful protest.”

The findings have resulted in proposed amendments to the PCSC bill due to be debated in parliament on Monday.

They include abandoning some of the new proposed powers – as they are “unnecessary” and have placed police in an “unfair position”.

A special code on how to police protests will also be suggested.

Despite the official watchdog report – by Her Majesty’s Inspectorate of Constabulary and Fire and Rescue Services (HMICFRS) – backing the Met’s handling of the London event – the inquiry criticised its “tone deaf” response to criticism.

It also said it failed to take into account the testimonies of people who were there on the day.

The government claims the PCSC bill is designed to “better manage protests” so they do not “disrupt the lives and livelihoods of others”.

The HMICFRS rejected the comments made in the report about the watchdog.

Met Police Assistant Commissioner Louisa Rolfe said she “stands by the actions of those officers who policed the events on Clapham Common”.

She said they were “met with an extraordinarily challenging circumstance” and “followed national guidance…taking enforcement action as a very last resort”.

The Avon and Somerset force added: “We always welcome transparency and accountability but we strongly refute some of the findings of this report relating to the policing of protests in Bristol.

“We reject any suggestion we did not facilitate peaceful demonstrations on the day of the riot and for subsequent protests.”

Princess Diana: William and Harry reunite to unveil a statue in memory of their mother