Princess Diana: William and Harry reunite to unveil a statue in memory of their mother 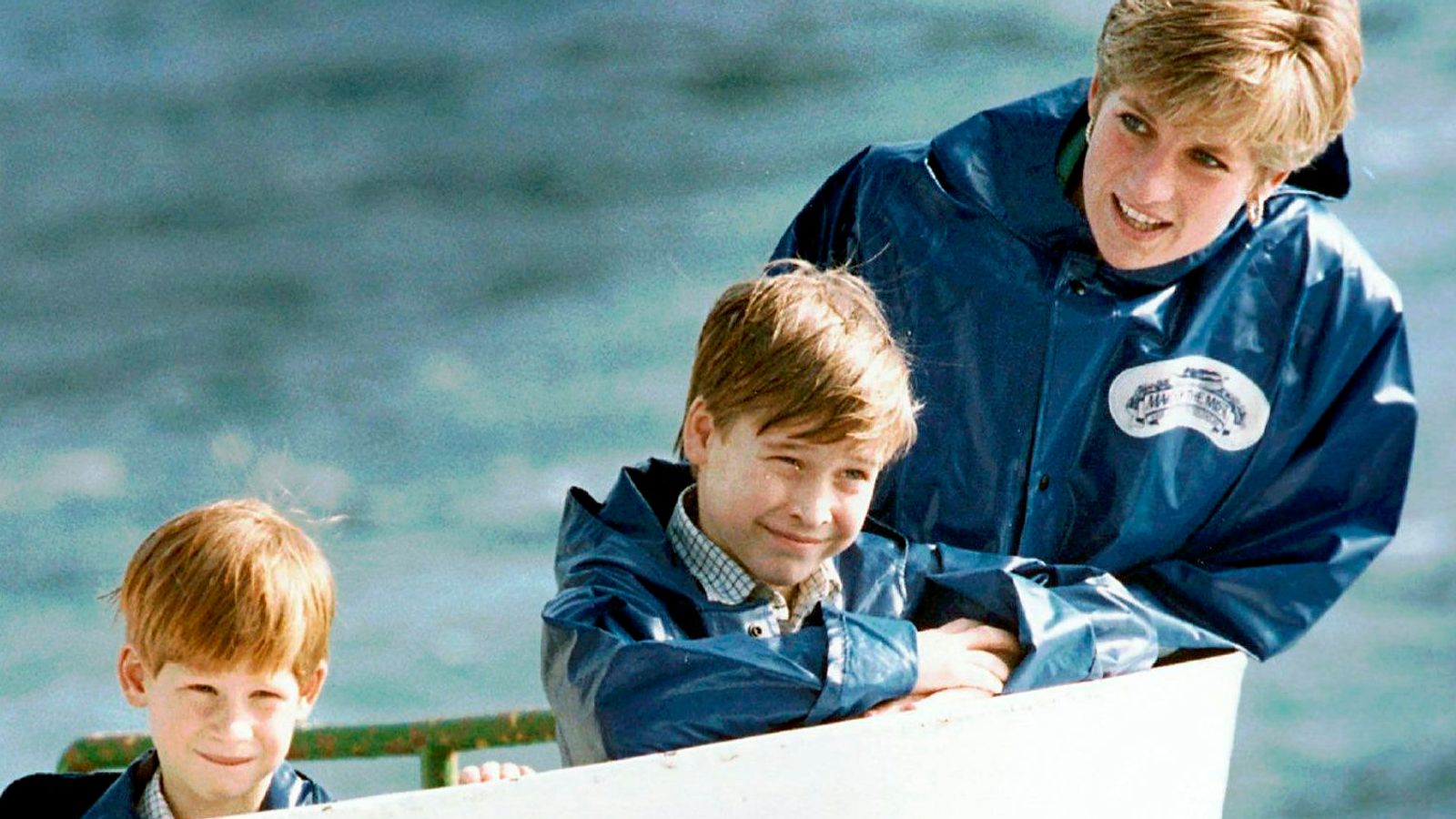 Prince William and Prince Harry will be reunited later to unveil a statue to mark what would have been Princess Diana’s 60th birthday.

Over the past 18 months the troubles in the relationship between the Duke of Cambridge and the Duke of Sussex have been well-documented, but their mother will be their focus on Thursday as they honour her memory.

The brothers commissioned the statue in 2017 as a tribute to their late mother who died in 1997. The design, created by sculptor Ian Rank-Broadley, whose portrait of the Queen features on all UK coins, has been kept secret ahead of the ceremony.

Image: (L-R) The Duke of Edinburgh, Prince William, Earl Spencer, Prince Harry and the Prince of Wales at Princess Diana’s funeral in September 1997

A royal source has already described the ceremony as being a “small event and a very personal moment for the family”.

The brothers and Diana’s close family will attend the unveiling, along with the statue committee and others involved in the process of erecting it in Kensington Palace’s sunken garden.

Diana’s sister, Lady Sarah McCorquodale, was a member of the six-strong committee tasked with commissioning and privately raising funds for the creation of the statue, alongside Julia Samuel, a godparent of Prince George and a close friend of the princess, and Jamie Lowther-Pinkerton, the brothers’ former principal private secretary.

When the brothers commissioned the statue in 2017 – the 20th anniversary year of Diana’s death, they said in a joint statement: “Our mother touched so many lives. We hope the statue will help all those who visit Kensington Palace to reflect on her life and her legacy.”

It was meant to have been unveiled later that year. Since then William and Harry appear to have grown apart. The rift has coincided with the Sussexes deciding to move away from royal duties and their subsequent interview with Oprah where they accused the Royal Family of racism, which Prince William publicly denied.

The brothers were last seen together at the Duke of Edinburgh’s funeral in April where they were seen speaking to each other as they walked back to Windsor Castle.

Image: William and Harry at their grandfather’s funeral in April Pic: AP

They will inevitably want their mother to be the focus on what would have been her 60th birthday.

Ahead of the unveiling it has also been revealed that the sunken garden where the statue has been placed has been redesigned in Diana’s memory.

It was one of Diana’s favourite places at the palace where she lived for 16 years.

Image: The borders of the garden have been replanted

The gardening team has spent more than a 1,000 hours replanting the borders with some of her favourite flowers, including forget-me-nots.

A more generous lawn has been planted around the pool at the centre of the garden to create a calmer and more reflective setting for the statue.

Pip Morrison who designed the new layout said: “This has been a very special project to work on, as the sunken garden was a favourite place of Diana, Princess of Wales.

Image: The lawn around the pond has been extended

“We have worked carefully to ensure that the new layout and planting scheme compliments the statue, providing a calming place for people who visit Kensington Palace to remember the princess.”

Graham Dillamore, deputy head of gardens and estates at Historic Royal Palaces, said: “While she was in residence at Kensington Palace, Diana, Princess of Wales regularly admired the changing floral displays in the sunken garden and would always stop to talk with me and the other gardeners who cared for it.”