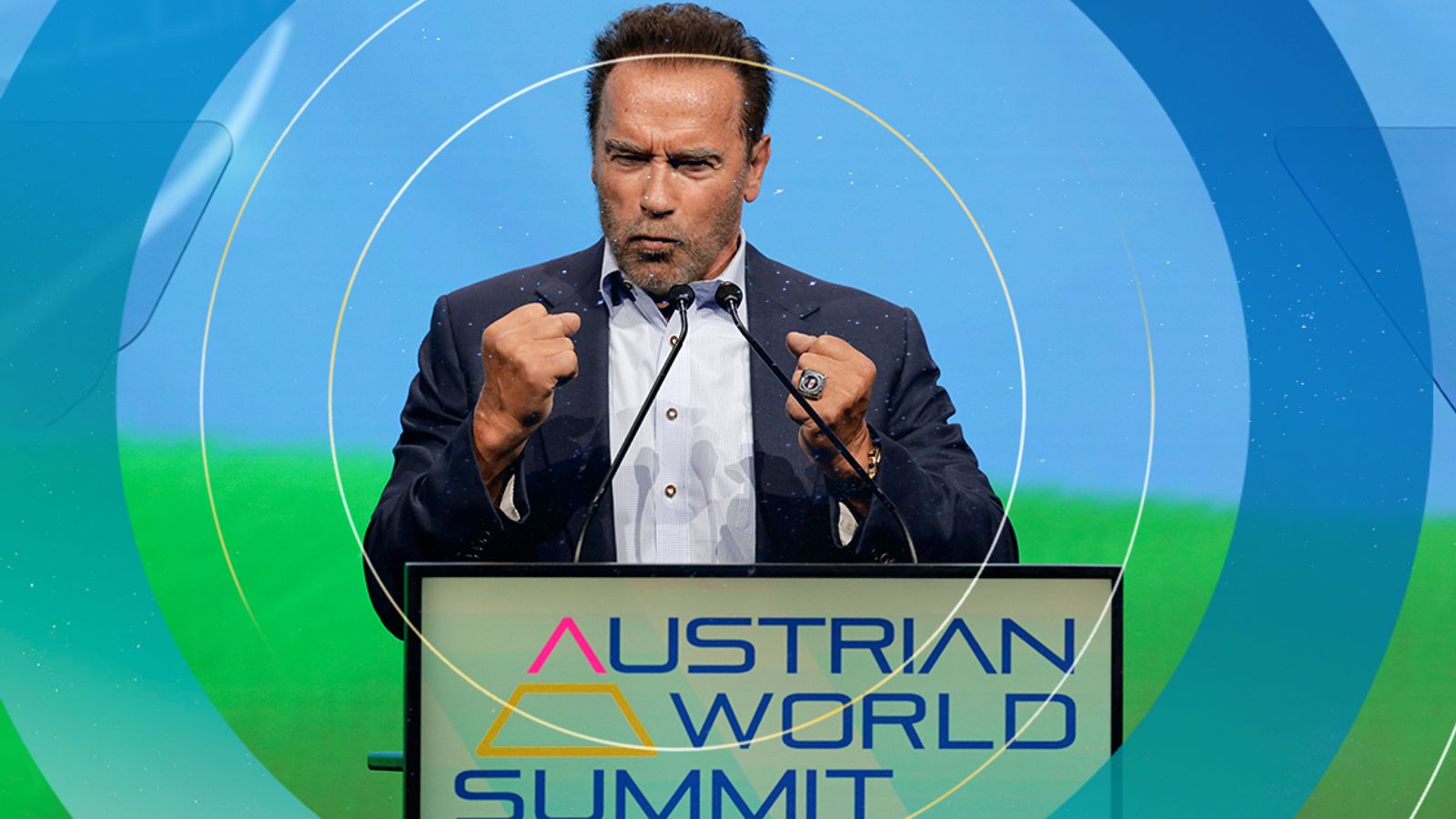 Arnold Schwarzenegger has told Sky News that “politicians really screw everything up” and the onus is on the wider population to unite in action to address environmental concerns.

The Hollywood actor believes the world needs to build a “ground-up movement” to educate people about climate change and cause a global rethink in attitudes towards pollution.

This week, Schwarzenegger, who is now a fierce environmental activist, returned to Austria, the country of his birth, to host a summit on climate change.

He said: “We should build a ground-up movement and educate the public so they know about the dangers that lie ahead. It’s nothing to do with politics – it is that we should get rid of pollution – because that kills people.”

But it was Schwarzenegger who set the tone, berating the lack of progress made by G7 nations and calling for more clarity over environmental objectives.

When we spoke, he told me that “the job I really wanted, which is being president, is not available”, but said that his attitudes had been shaped by his time as California governor.

But while the conference boasted many participants from Europe and the US, I asked him if it could really be of value if India and China, two of the world’s biggest polluters, were not present.

“Well I think that we shouldn’t limit ourselves and think that the only way we get things done is if everyone is in on it,” he told me.

Thunberg was more blunt, using the summit as the opportunity to launch another caustic broadside at politicians.

“As your acts continue, more of us are seeing through your manuscripts and role playing,” she said.

“The gap between actions and words is becoming more impossible to ignore, while more and more extreme weather events are raging all around us.

“Young people are no longer falling for lies. You are distancing yourself further from us and from reality. Some years ago you could still claim we’re moving in the right direction. Today that is no longer possible.”

The summit is seen as an important step on the path to the United Nations climate change conference, known as COP26, which will be held in Glasgow later this year.

Alok Sharma, the minister appointed as president of COP26, was in Vienna. He insists Britain wanted to play a prominent leadership role in the debate around climate change.