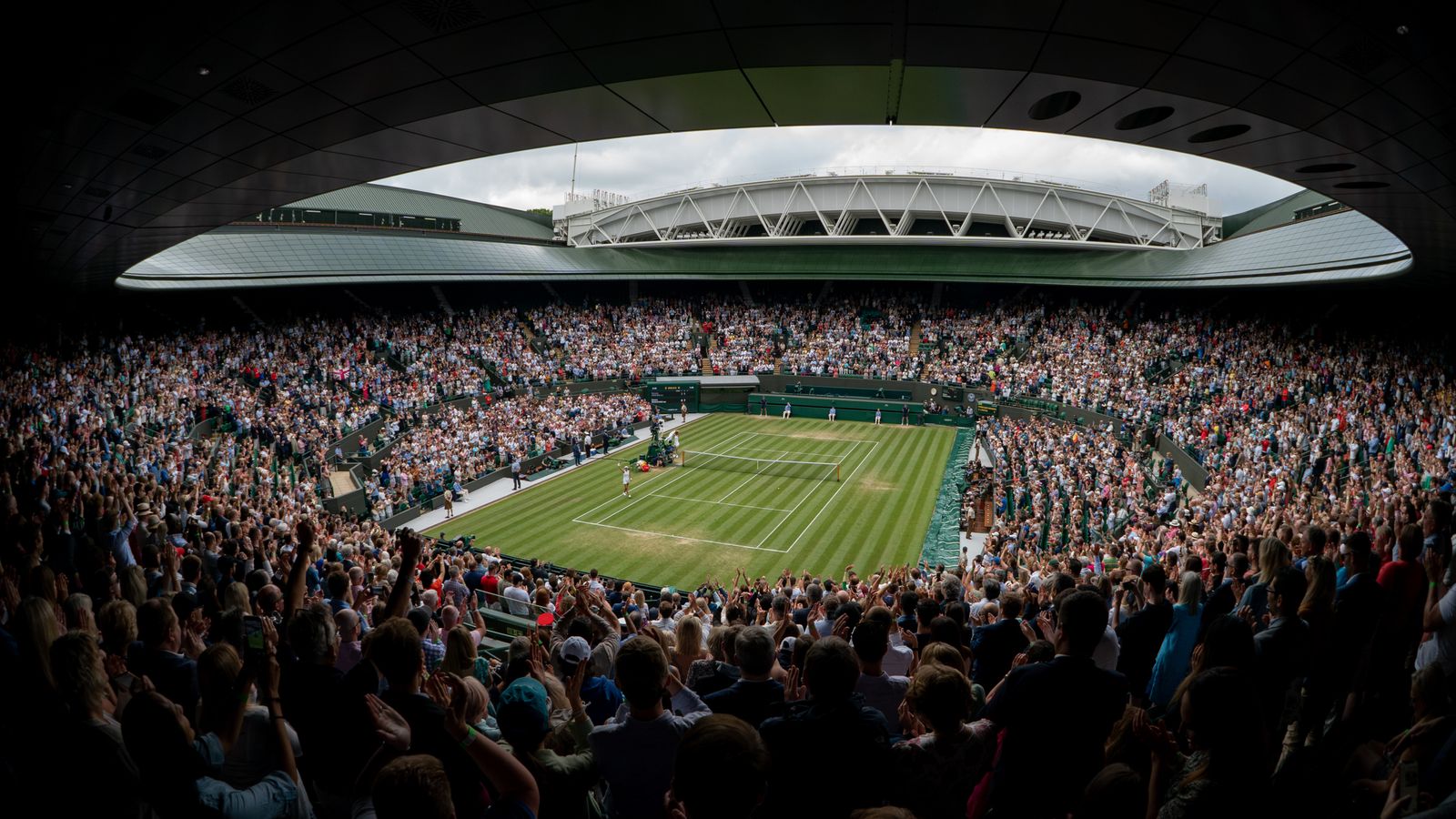 It will be the first major sporting event in the UK to host full capacity crowds in nearly 18 months, after pandemic-enforced limits on social gatherings.

The southwest London tennis tournament is part of the of the government’s Events Research Programme (ERP), with stands in the first week of the event allowed to operate at 50% capacity and fans able to remove their masks in the stadiums.

Image: Crowds will be rubbing shoulders and not be required to wear masks

From Tuesday, Centre Court will hold just shy of 15,000 spectators and Court One will host 12,345 fans, as Wimbledon reaches its climax.

Capacity across the rest of the All England Club will be reduced as less courts are used as the tournament progresses.

In a statement, organisers said: “Following the successful staging of the first week of The Championships, as agreed with the government’s Events Research Programme and in consultation with our local authority in Merton, the AELTC is pleased to confirm that Centre and No1 Court will feature 100% capacity crowds for the quarter-finals, semi-finals and finals.

“This marks the first full outdoor stadiums at a sporting event in the UK since the pandemic began. Capacity across the rest of the grounds will be reduced according to the number of courts in play.

“Ticket-holders will continue to be required to show proof of their COVID status on arrival, and are asked to observe the guidance around wearing face coverings on the move and supporting any additional mitigation measures in place.”

Those attending the competition must be either fully vaccinated (received both jabs and waited at least two weeks), have proof of a negative COVID test, or have immunity from a recent infection.

After the likes of Andy Murray and Heather Watson were knocked out, British hopes now rest on 18-year-old wildcard entry Emma Raducanu, who dramatically beat Romania’s Sorana Cirstea in the third round of the competition, and will play Australia’s Ajla Tomljanovic in the round of 16 on Monday.

It comes the same week as Wembley Stadium increases its capacity to 75% for the semi-final and final of the Euro 2020 tournament, as part of the same scheme.

Around 67,500 people will be inside the 90,000 capacity venue when England take on Denmark on Wednesday night – the largest single crowd in a UK venue since the beginning of the pandemic.

It’s ahead of the delayed so-called Freedom Day on 19 July, where it is thought that most legal limits on social gatherings will be lifted across England, to allow hospitality, sporting and performance venues welcome full capacity crowds back.