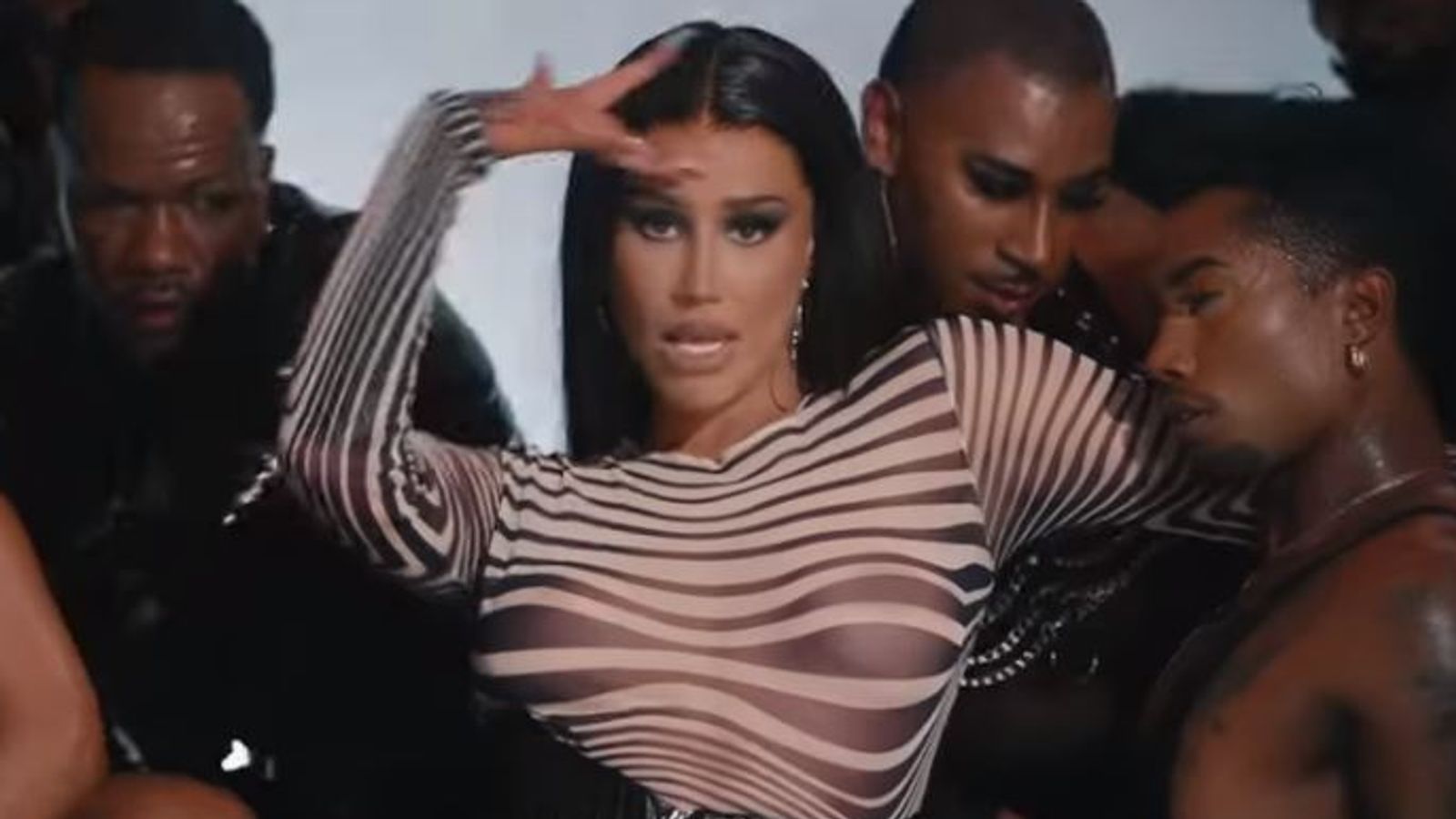 Rapper Iggy Azalea has thanked “everyone showing me hate” after being accused of “blackfishing” and cultural appropriation in the video for her latest single.

The Australian star released I Am The Stripclub on Friday, and wears a dark wig and appears to have darker than usual make-up in one scene for the video – leading to accusations of “blackfishing”, or pretending to be black by changing her appearance.

After calling the criticism “ridiculous and baseless” over the weekend, the singer has now tweeted to say the publicity over the controversy has only helped to promote the song.

To everyone showing me love:
Thankyou for dedicating your day to me & helping me promote,
I love you!

To everyone showing me hate:
Thankyou for dedicating your day to me & helping me promote,
I love you!

“To everyone showing me love: Thankyou for dedicating your day to me & helping me promote, I love you!” Azalea wrote on Twitter.

Image: Azalea, pictured in 2017, says she is wearing the same make-up as she usually wears in the video. Pic: AP/Dennis Van Tine/STAR MAX/IPx

Another wrote: “Can someone please tell #IggyAzalea that she’s not a person of color?”

Azalea responded to both supporters and critics over the weekend, saying the foundation she is wearing in the video is the same shade she has worn for three years, but the room is “dimly lit” with red lighting.

“Suddenly I wear a black wig in a club scene & its an issue,” she responded to one tweet.

I’m the same color as I always am, just in a dimly lit room with red lights.
It’s the same makeup from every other part of the video just with a Smokey eye and different wig.
Just ignore them, who cares?
Let em talk.

Azalea even shared a picture of her foundation shades online.

And a make-up artist who worked with her on the video also jumped to the rapper’s defence, writing: “She literally wore the same face makeup during every scene of the video… i would know, i did it.”

She literally wore the same face makeup during every scene of the video… i would know, i did it. And its a shade 6 from armani luminous silk (a light/medium olive undertoned shade if you’re curious) https://t.co/PgWusN8dfv

In June 2020, she revealed she had become a mother after keeping her pregnancy private.

Sun, snogging and psychology: Mental health in the public eye