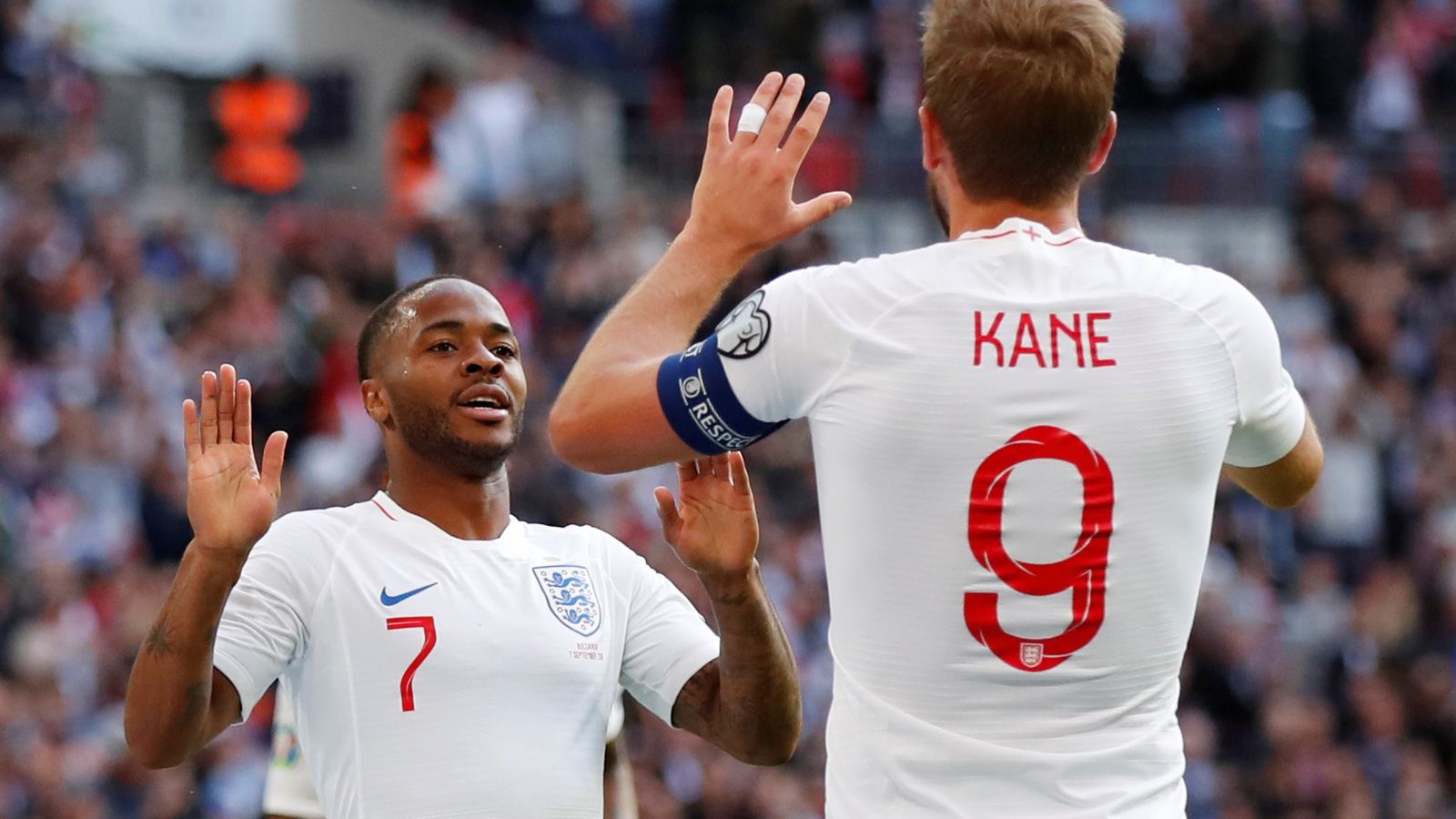 As a schoolboy, Raheem Sterling would pretend the grass verge outside his house in Wembley was the stadium 10 minutes’ walk away and that he was scoring the winning goal.

More than a decade on, it’s a sight the nation has become accustomed to. The 26-year-old scored England’s first three goals of Euro 2020, all at Wembley.

“I never doubted he was going to be playing in there,” Clive Ellington, the man who first spotted Sterling, told Sky News.

Image: Sterling grew up in the shadow of Wembley – and now he’s its hero Image: Clive Ellington says he knew ‘something phenomenal’ was happening

The youth worker and part-time coach had been assigned to Sterling as a mentor and was waiting to collect him from school in Neasden, north London.

“I saw this little eight-year-old running round the playground,” he said, instantly knowing he’d found something special.

“There was a spark in him that you only see in players of today in the higher echelons of their trade. I just thought something phenomenal is about to happen.”

At the time, Sterling wasn’t playing for a team, so Mr Ellington invited him along to a training session at the local club – Alpha and Omega FC.

Image: Sterling was always first at training and the last to leave, says Clive Ellington

“As coaches we stood there, arms folded, just thinking ‘what on earth have we unearthed here?’, because he was a gem,” he told Sky News.

Mr Ellington still coaches at the club, which trains in a park two miles from the national stadium.

Its famous arch curls over the rooftops on the horizon and it proved a constant incentive for Sterling.

“The first one here, the last one leaving”, Mr Ellington said.

“He wanted to be the best at what he was doing and just absorbed everything that you taught him.

“But it was never about self, it was all about trying to do things as a team, and that personifies him from the word go.”

Just 15 miles away, around London’s North Circular Road and not far from the new Tottenham Hotspur stadium, is Ridgeway Rovers FC.

The Chingford-based club is where England and Spurs captain Harry Kane started his career.

“He was as you see on the telly,” Ian Marshall, Rideway’s chairman, told Sky News.

Born in nearby Walthamstow, Kane signed for his local team aged six.

Even then, the club had history when it came to producing future England captains – it’s where David Beckham started – but it wasn’t a rise the coaches could see in Kane.

“We probably didn’t see him hitting the heights that he’s hitting now back then,” Mr Marshall admits.

Image: Young players look up to the achievements of Kane and Sterling

“We thought he’d be a very good Premier League player, but beyond that anything else that happens, happens. And he’s made it happen. He’s done very well.”

He certainly has. A three-time Premier League golden boot winner, Kane was also top scorer at the 2018 World Cup in Russia.

Such achievements have caused Mr Marshall not to doubt his former charge, even if others still do.

A barren spell in front of goal led some to question Kane’s position in the starting line-up, which the striker answered in the best way possible against Ukraine.

Image: Kane scored his third goal of Euro 2020 in the quarter-final against Ukraine

“People have had their doubts about Harry through the group stages, but obviously in the knockout stages he’s really come alive. And I think there’s more to come.”