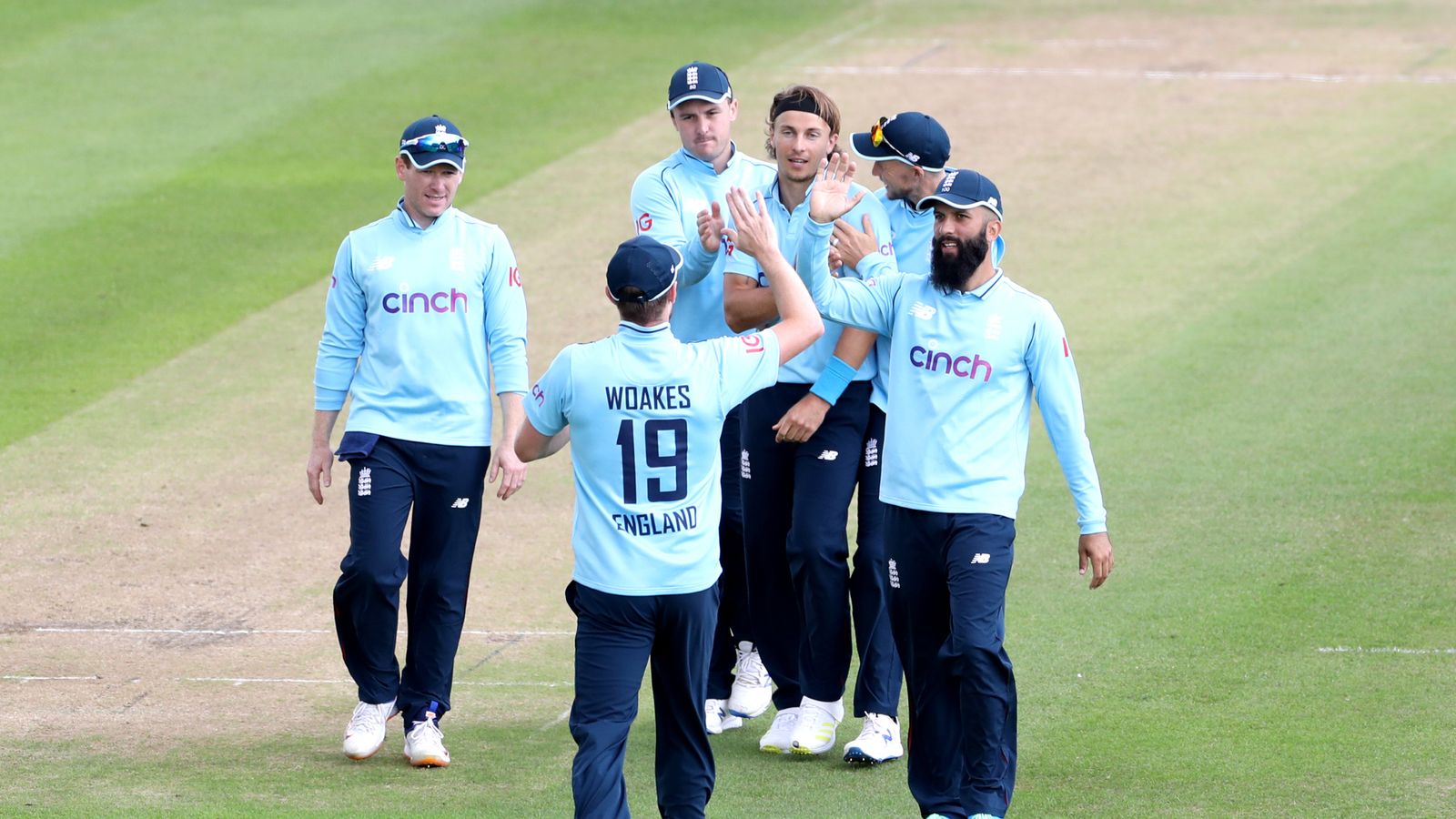 England have been forced to select a new team for the Pakistan ODI series after the whole squad went into isolation due to seven COVID cases.

In a statement, the England and Wales Cricket Board said: “In collaboration with Public Health England, Public Health Wales and Bristol Local Health Authority, those impacted will now observe a period of self-isolation from 4 July following the UK government’s protocol on quarantine.

Image: The ECB had named an unchanged side for the ODI series against Pakistan, which begins on Thursday in Cardiff

“The remaining members of the party have been deemed close contacts and will also isolate.

“The ECB have confirmed the Royal London ODIs and the Vitality IT20s against Pakistan will go ahead. Ben Stokes will return to England duties and captain the squad – which will be named in the next few hours.”

The isolation period will span all three ODIs against Pakistan, which start on Thursday in Cardiff,

Thursday’s match at Sophia Gardens is followed by games at Lords on 10 July and Edgbaston three days later.

England then play three T20 fixtures against Pakistan on the 16, 18 and 20 July.

Image: Ben Stokes, who fractured his finger in April, will captain the new side on his return to action

The ECB had named the same squad for the Pakistan series as the 16 that recently played Sri Lanka.

England comfortably won the ODI series 2-0, after the final match in Bristol was abandoned due to bad weather.

Stokes had missed the Sri Lanka series after he suffered a fractured index finger while fielding in the Indian Premier League in April.

Image: Dan Lawrence made his test debut in Sri Lanka in January

He returned to action last month for Durham but Morgan said he would not be rushed back to international duty and was set to miss the series against Pakistan.

The ECB has named an 18-man squad to replace the original group, including nine uncapped players.

Former England spin bowler and managing director of men’s cricket at the ECB, Ashley Giles, said: “It’s a great opportunity to play on the biggest stage, and for most of the players selected it’s not necessarily something they would have been expecting 24 hours ago.

“It’s an exciting group of players, with some young talent and some players who have impressed at domestic level over a long period of time.

“We’re in unprecedented territory, in terms of replacing an entire squad and management team, and I’m very proud of how everyone has come together in order to get it done – both those within the ECB and from the county game.

“Ben hasn’t captained our ODI side before so it’s a huge honour for him. We all wish him well and it’s a role I’m sure he’ll thrive in.

“I’d like to also put on record the thanks of the ECB to the Pakistan Cricket Board for their support and understanding during this time.”