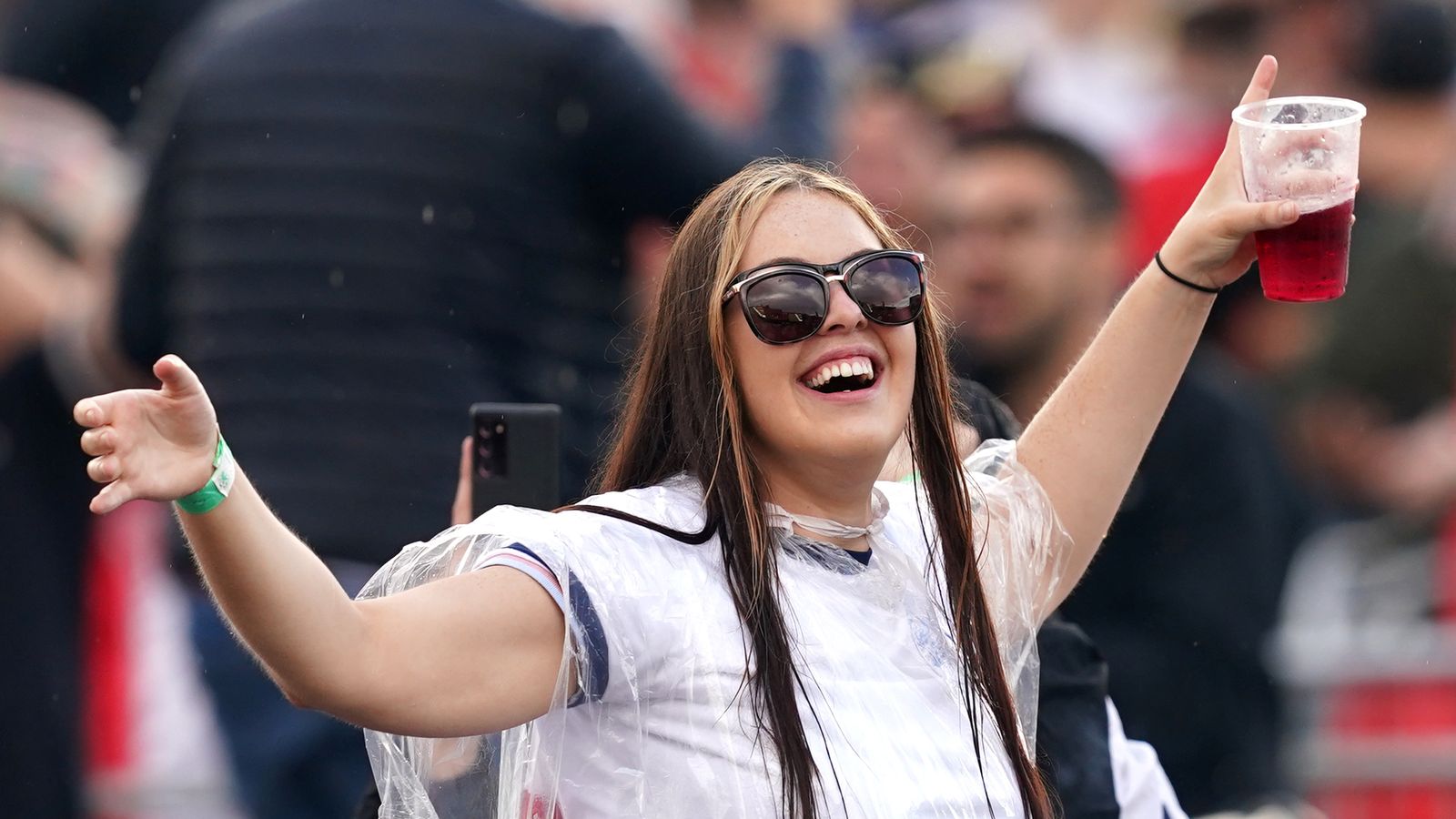 As the Three Lions try to reach a major tournament final for the first time since 1966, supporters will order an estimated 6.8 million pints, the British Beer and Pub Association (BBPA) has predicted.

Or, in other words, fans will purchase more than 50,000 pints a minute during the course of two hours.

Around 10 million beers will be ordered on Wednesday evening overall, the BBPA said, adding that it would be closer to 12 million but for coronavirus restrictions such as social distancing.

Victory over the Danes at Wembley will take Gareth Southgate’s players to within touching distance of major silverware for the first time in more than half a century.

Southgate, who guided the squad to the semi-finals of the 2018 World Cup, missed the decisive penalty as England lost their last European Championship semi-final to Germany in 1996.

If they win, England will face Italy in Sunday’s final at the same venue, after the Azzurri beat Spain on penalties on Tuesday evening.

The 60,000 crowd will be the largest at a sporting event in the UK since coronavirus restrictions were introduced last spring and will include the Duke of Cambridge, who is president of the Football Association.

Jubilation for Italy as their team beats Spain

Most fans at Wembley tonight will be rooting for the home side and trying to create a typically partisan atmosphere, with “It’s Coming Home” likely to be sung more than once if all is going well for England.

But Lars Thuesen, Danish ambassador to UK, said 8,000 Danes living in the UK will also be there, with numbers limited due to travel restrictions.

He also said the tournament had been a “huge emotional rollercoaster” for Danes, after star midfielder Christian Eriksen suffered a cardiac arrest during the defeat to Finland in their opening match.

He told Sky News: “It started out we were crying, we were praying, then a few minutes later, when we realised he was going to recover, we were crying (tears) of joy. There are higher things at stake than football.

“He’s still part of the team, part of the WhatsApp group, he wanted us to participate in the tournament as though nothing has happened.”

It’s summer, so naturally an umbrella is a good idea for anyone watching at an outside venue, as showers are forecast for parts of England throughout the day, although London is expected to remain dry during the match.

A TV audience of tens of millions is expected to tune in to ITV’s coverage later, after England’s 4-0 quarter-final victory over Ukraine was watched by an average of 19.8 million people on the BBC.

Prime Minister Boris Johnson was among those urging the England team on, saying: “We will all be wishing them [England] the best of luck in getting to the final. Bring it home!”

Labour leader Sir Keir Starmer said the squad “will have the whole nation behind them tonight”.

Business Secretary Kwasi Kwarteng said he cannot guarantee there will not be an outbreak of Covid-19 cases linked to football fans watching the game.