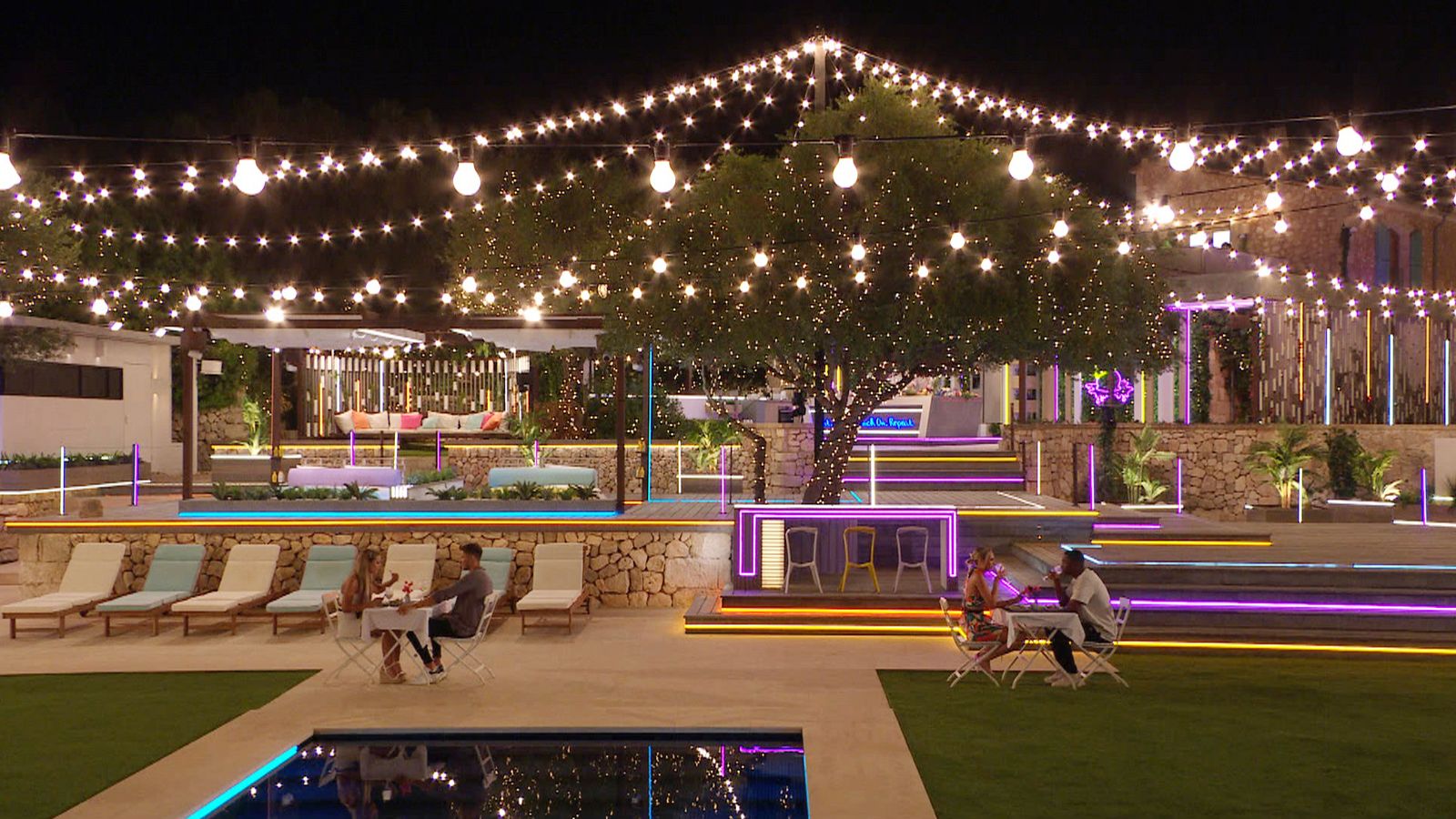 Security guards at the Love Island villa were forced to remove an intruder who gained access during the night, ITV has said.

An area of the house in Majorca had to be deep cleaned before contestants were allowed to use it again following the security breach, under the reality show’s COVID-19 safety guidelines.

Image: No contact was made with any of the islanders, says ITV

The intruder was a YouTube prankster who filmed himself at the famous Love Island site, according to some media reports. It is understood they did not come into contact with any of the housemates on the show.

“Last night a security breach was identified and an intruder was removed from the villa with immediate effect,” a spokesman for Love Island said. “The safety of both our islanders and our production crew remains our primary concern.

“As part of our stringent COVID safety measures, the villa area that was trespassed has been fully deep cleaned before being made accessible again to the islanders and crew.”

The incident comes after Tuesday night’s episode showed a row erupting in the villa, with Hugo Hammond angering several of the other contestants by saying his biggest turn-off is “fake” personalities and looks.

The 24-year-old was tearful and apologised to civil servant Sharon Gaffka, 25, and lettings manager Faye Winter, 26, who both said they have had cosmetic procedures done.

Hugo told them he “didn’t mean anything malicious”, adding: “I was honestly so shocked that it got interpreted as it did, because obviously I had no intention of upsetting anyone.”

Love Island continues at 9pm on ITV2 and the ITV Hub.