COVID-19: Revealed – why men are now more likely to get infected with coronavirus than women in the UK 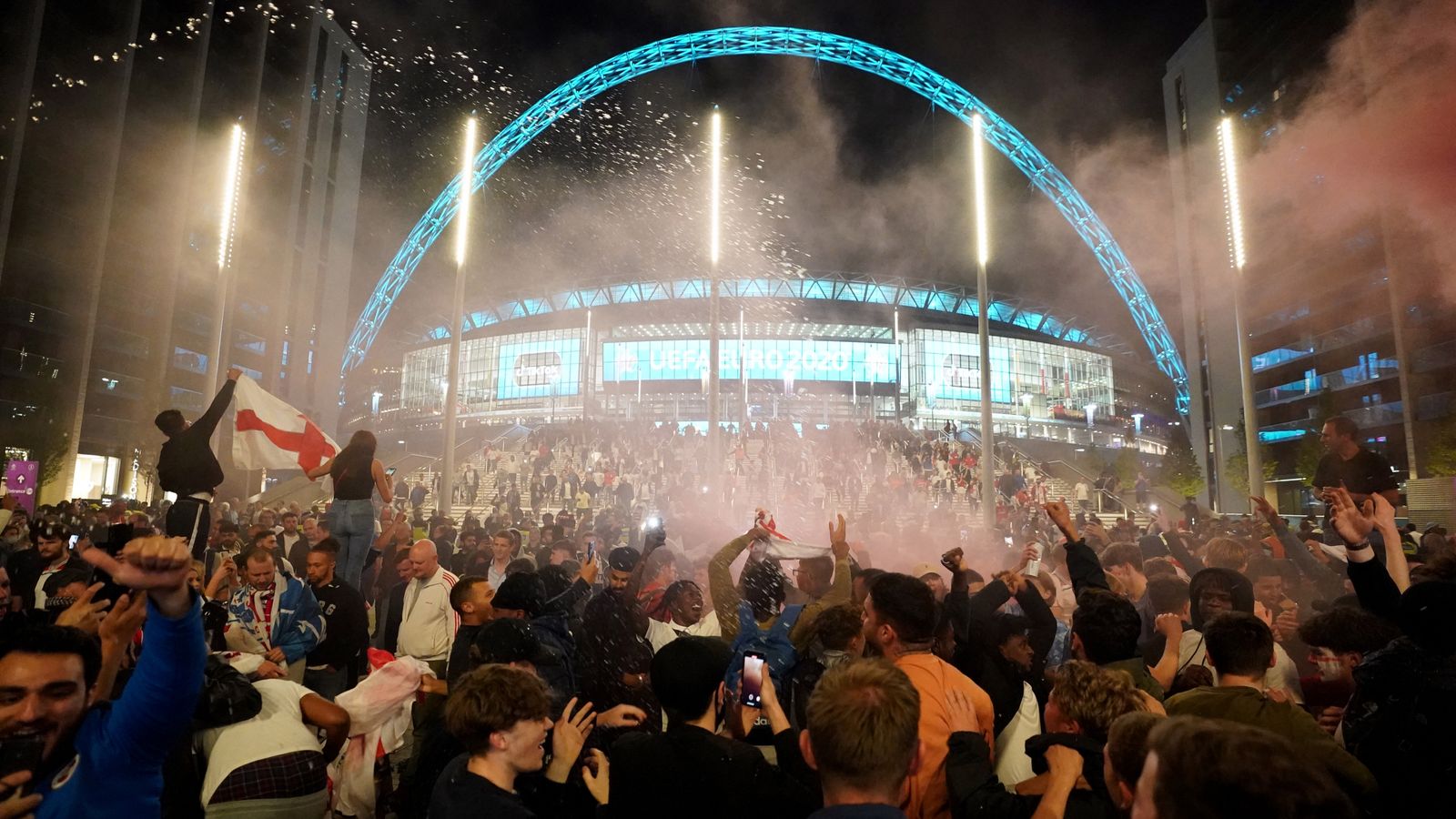 Men are a third more likely to test positive for COVID-19 than women, according to scientists – and mass gatherings for Euro 2020 may be the reason why.

Results from the latest REACT-1 study from Imperial College London and Ipsos Mori show one in 170 people in England had coronavirus between 24 June and 5 July.

This is the first time scientists have distinguished a difference in infections among men and women.

Experts suggest the fluctuations are likely to be caused by social mixing and men having “more social activity than usual”.

The interim findings found the number of people infected is doubling every six days on average – and London had the highest numbers of all English regions.

The reason for the increased prevalence of COVID-19 could be down to a trio of issues, says Steven Riley, professor of infectious disease dynamics at Imperial College London.

The more transmissible Delta variant forms the majority of cases, social mixing plays a factor, and the younger population have not been fully vaccinated yet.

Prof Riley says social mixing is affecting infection rates: “There’s lots of evidence that mixing inside is more likely to result in transmission than mixing outside.

“If I had to speculate about the impact of the Euros, I would first think about the possible impact – much, much more broadly than around when we are around London – I would think about the increased probability that people are mixing inside more frequently than they otherwise would.

“So my first thought wouldn’t immediately be to the stadium and the immediate surrounds it would, it would be about the more general behaviour of the population, but we don’t have results that speak to that directly in this study.”

The findings follow revelations from Public Health Scotland that 2,000 COVID cases in Scotland have been linked to football fans watching Euro 2020 fixtures.

“Different things could be affecting it. I think the degree to which men and women are socialising, is likely to be responsible, says Prof Riley.

“And then because of the timing of that, then it could be that watching football is resulting in men having more social activity than usual.”

Experts are warning some of the relaxation of restrictions will lead to high numbers of people mixing indoors. This would then lead to even more cases.

Health Secretary Sajid Javid said: “As we unlock society and learn to live with COVID-19, we will inevitably see cases rise significantly over coming weeks.

“But today’s findings show that infection rates are three times lower for those who have had two vaccine doses.

“It is more important than ever to get that life-saving second jab so we can continue to weaken the link between cases, hospitalisations and deaths and build a wall of defence against the virus.

“As we move from regulations to guidance and get back to our everyday lives, see our loved ones and return to work, it is vital people practice good sense and take personal responsibility for their own health and those around them.”