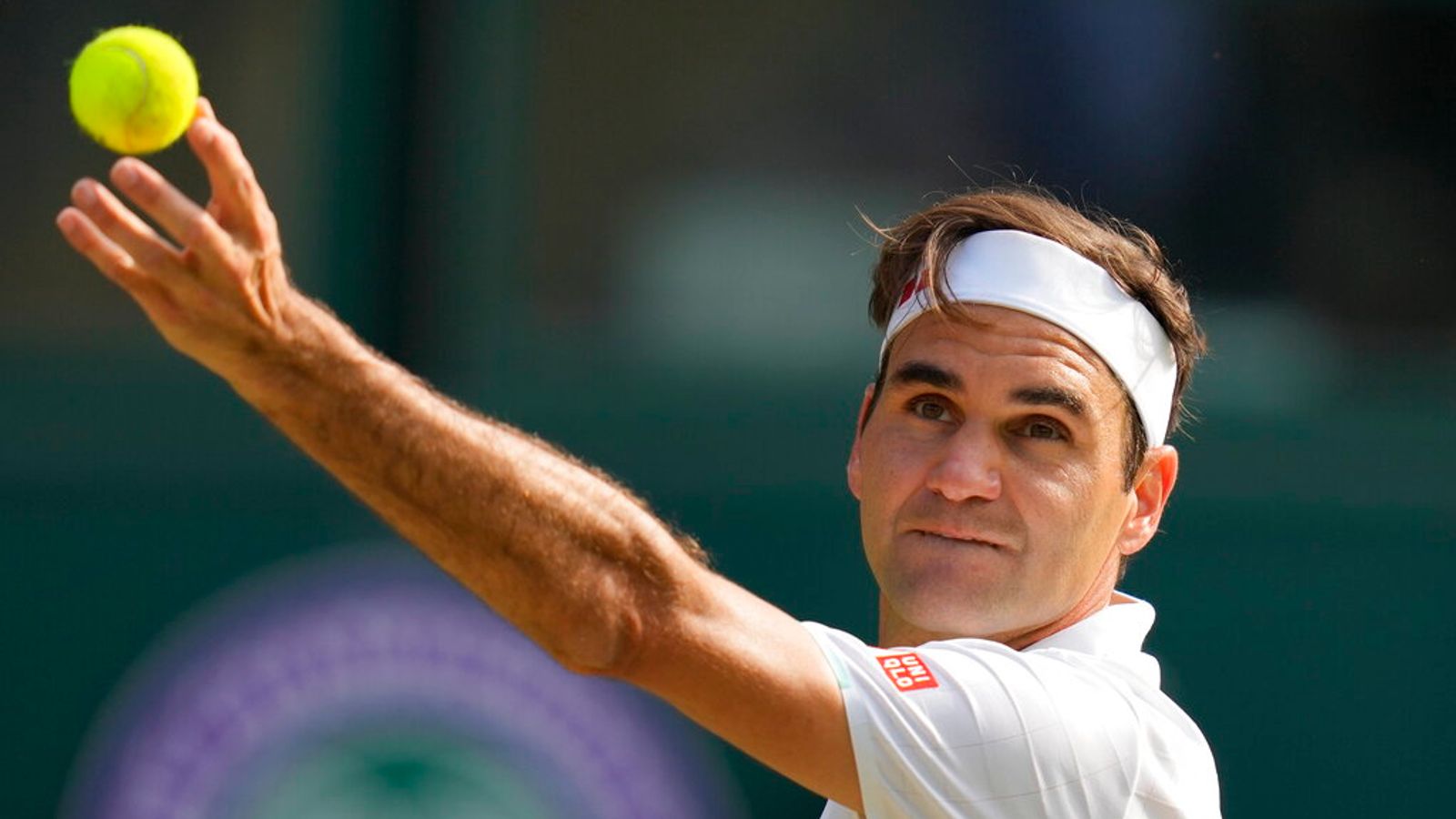 Roger Federer has been knocked out of Wimbledon at the quarter final stage after a straight sets defeat to world number 18 Hubert Hurkacz.

Hurkacz, 24, who is the current Polish number one, beat 39-year-old Federer 6-3 7-6 6-0, producing a spectacular performance to end the Swiss champ’s quest for a ninth Wimbledon title and landmark 21st Grand Slam crown on Centre Court.

The contest marks the first time that Federer, ranked as the world number eight, has ever lost a set 6-0 at Wimbledon.

Image: The Swiss champ was given a standing ovation as he left Centre Court

The crowd gave the universally-loved Swiss champ a standing ovation as the eight-time Wimbledon champ walked off the court.

Hurkacz fired down 36 winners and made just 12 unforced errors in the biggest triumph of his career so far.

The denouement on Federer’s defeat came in a barely believable final set as he was broken three times to lose a set to love at Wimbledon for the first time in 22 visits as he crashed out in just one hour and 48 minutes.

While Federer holds more Grand Slam titles than Hurkacz has Grand Slam appearances, the young star, playing in his first major quarter-final, was undaunted by the legend stood on the opposite side of the arena as he produced a fearless display to run out a comfortable winner.

Following his victory, Hurkacz said: “I don’t know what to say, it’s super special for me. Playing on this special court against Roger, when you’re kid it’s a dream come true to play him.

“Playing here in front of you guys and the special things he has done here throughout his whole career, it’s a dream come true and I really thank you guys so much for coming here and cheering.”

He continued: “I’m super proud and super happy to be here and especially with people here and to play on grass is super special, I’m so happy and can’t wait for the next one.”

Image: Hurkacz serves to Federer during the men’s singles quarterfinals

Hurkacz will face either Matteo Berrettini or Felix Auger-Aliassime in the last four, while Federer can only look on as Novak Djokovic now stands just two wins away from joining him and Rafael Nadal on 20 Grand Slam titles after his routine win over Martin Fucsovics earlier in the day.

Euro 2020: England through to first final since 1966 after beating Denmark 2-1 in extra time