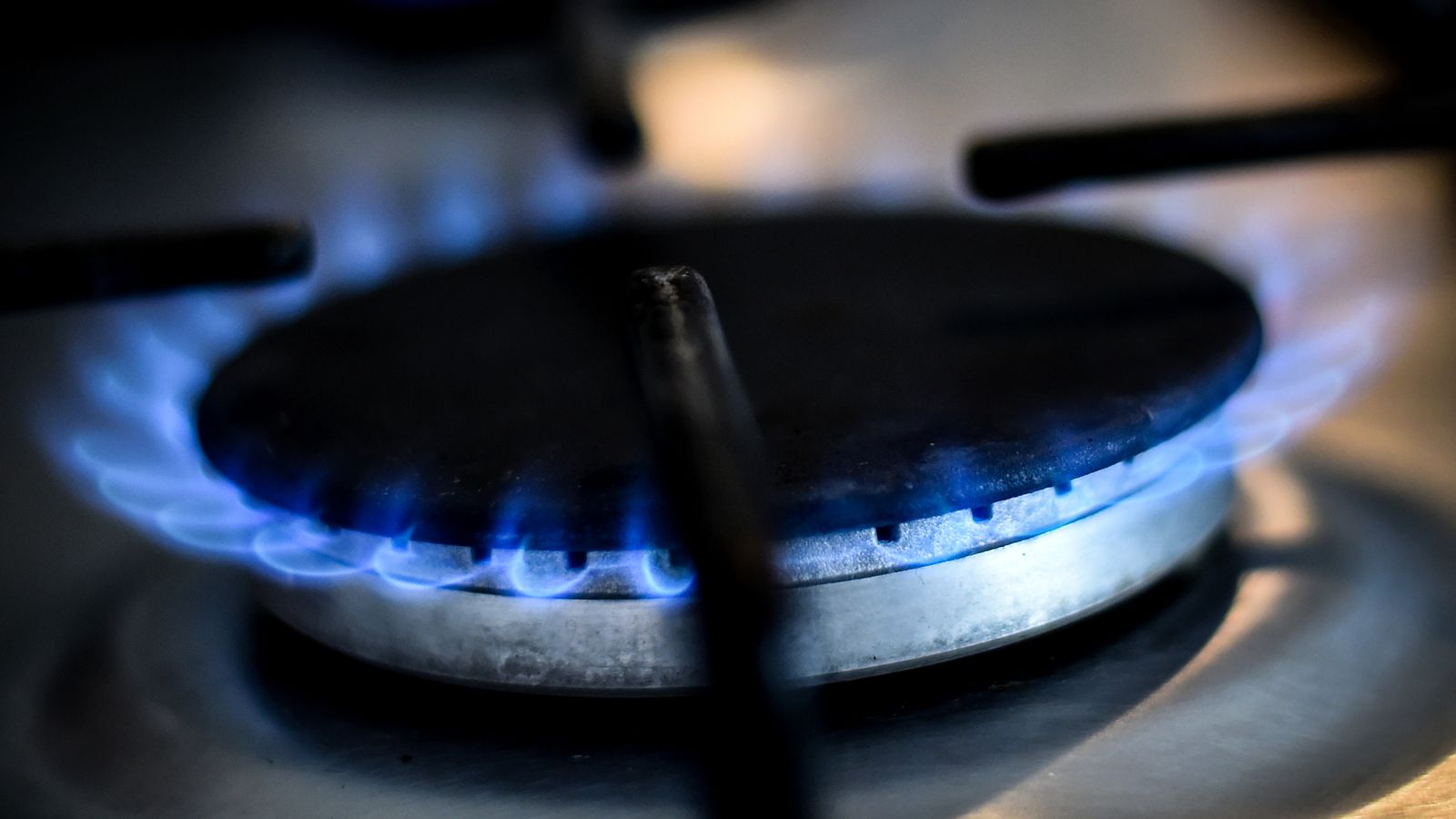 The government is considering paying families to help them offset the rising cost of gas bills and to incentivise a switch to green heating.

The potential scheme, first reported in The Times newspaper and confirmed by Sky News, means that the amount paid would remain the same even if a homeowner reduced their gas bills by more effectively insulating their homes, or installing a heat pump, allowing them to keep the difference.

‘Politics screws everything up’ – Arnie on climate change

The idea is modelled on a Canadian policy in which the first adult in the household receives an annual payment of approximately £129, with other individuals in the home receiving smaller amounts.

It would be paid for by a new carbon tax.

Alongside the annual payment policy, the government is also considering a scheme to help people scrap their gas boilers as well as putting extra money into the proposed clean heat grant, which would help people pay for low carbon heat systems like heat pumps.

The prime minister’s spokesperson said: “Any measures that we introduce will need to be fair for consumers and represent good value for money. But no decisions have been taken on the targeted measures, we will take.

“But I would also point back to what the prime minister said at the liaison committee earlier this week, he said that this government is determined to keep bills low, and that is a priority.

“The only way to do that is to build the markets in a very systematic way to make sure that we have the technology and make sure that it’s affordable.”

The way we heat our homes accounts for 15% of the UK’s carbon emissions.

There are around 19 million houses in the country that need to be better insulated and switched to greener heating methods if the government is to hit its pledge on net-zero carbon emissions by 2050.

But the government has yet to publish detailed policy on how this will be achieved, and how much of the cost homeowners will be expected to bear.

It is a huge, complicated problem to solve, something that the prime minister acknowledged himself at a recent liaison committee hearing.

Boris Johnson told MPs: “This is something that is very difficult to pull off because what we need to do is to ensure that we are able to heat people’s homes and provide them with power in an affordable way whilst also reducing CO2.

“What we can’t have is a situation in which ordinary homeowners… are suddenly faced with an unexpected and unreasonable cost.

“We have got to make sure that when we embark on this programme that we have a solution that is affordable and that works for people.”

The Climate Change Committee, which is an independent government advisory body, has already warned the UK lacks the policy to make good on its pledges.

It noted that this is a particular issue ahead of the COP26 climate summit in Glasgow in November, where the UK government will urge other countries to make more ambitious plans to tackle global warming.