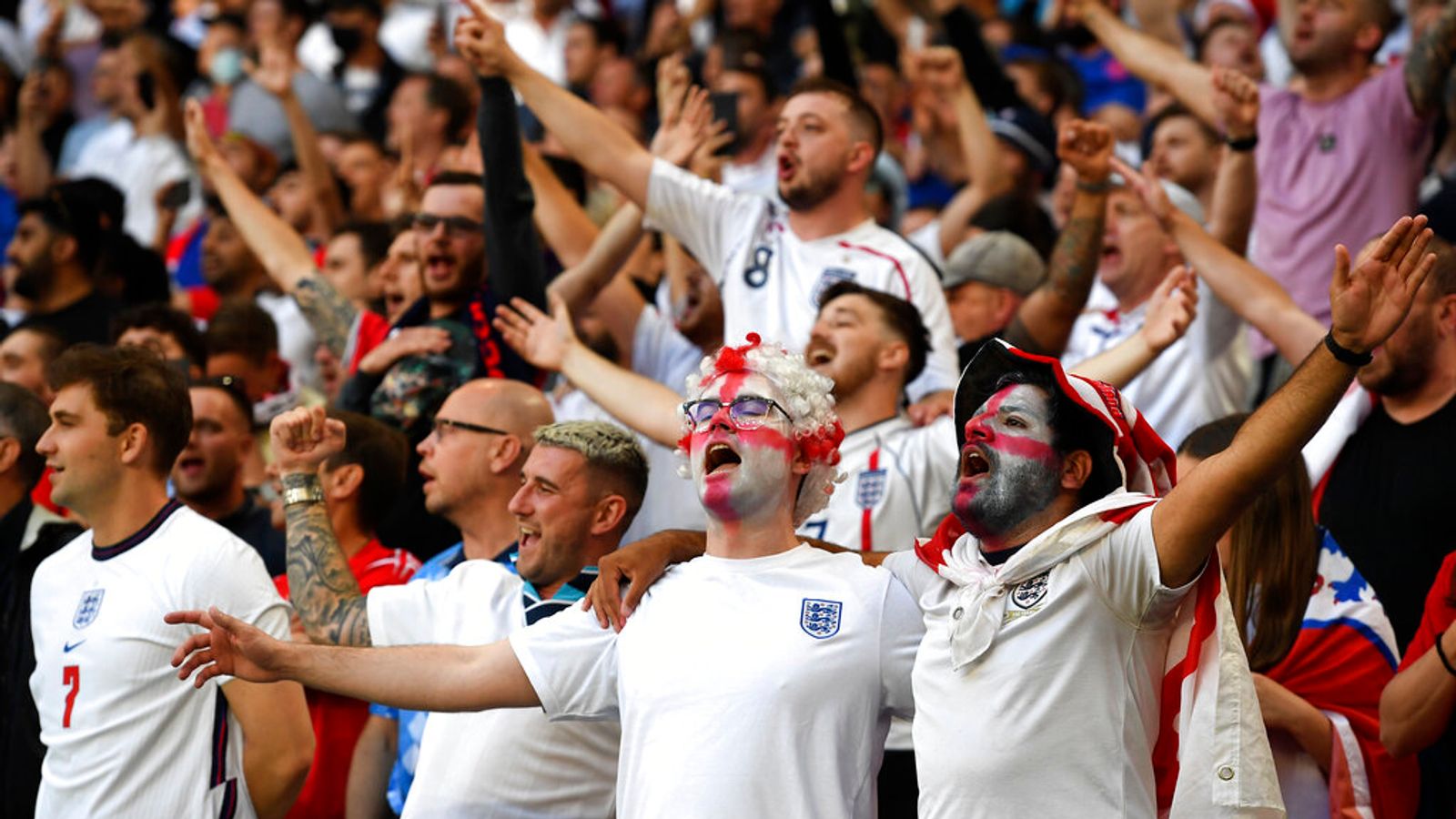 Former EastEnders actor Ross Kemp was among the stars heaping praise on England after the team booked a place in the Euro 2020 final.

Kemp, who became famous in 2018 for his videos of him screaming “it means everything!” on Twitter has told the boys to enjoy it after the year the country has had.

In a new video on Wednesday night, the TV hard-man told followers “it’ll mean everything” to see England lift the trophy on Sunday, before telling the team to “win, win, win”.

David Beckham, former England captain, wrote his words of wisdom on Instagram stories, saying: “Big night tonight and proud to have been stood there watching Gareth and the boys make history.

“Hard fight to the end, but wow was it worth it.. well done boys & well done to the incredible fans in the stadium and around the country what a night.”

Goldenballs also shared a clip of the Wembley crowd belting out one of the unofficial anthems of England’s run – Sweet Caroline.

Elsewhere, pop icon Adele posted a video of herself reacting to Kane’s penalty, screaming and jumping around after he put it in the back of the net, with the caption: “IT’S BLOODY COMING HOME!”

A message from TV presenting royalty Ant and Dec admitted that the former was “actually crying”, while actual royalty, Sarah, Duchess Of York, praised the Danish team, wishing Eriksen, the player who collapsed on the pitch early in the tournament, “a speedy recovery”.

Brit and Grammy-award-winning singer Dua Lipa shared some snaps from her Euros watch party, including a picture of her with flags painted on her face and a packet of sherbet DipDab.

Kane: ‘We got the job done’

“For an England team who took the knee, wear rainbow armbands, campaign against child poverty. It feels like a cultural game-changer on the same scale as The Beatles.”

England will now play Italy in Sunday’s final, in front of 67,500 roaring fans in Wembley Stadium.

England v Italy at Euro 2020: The England songs you need to know (and some you don’t) ahead of final