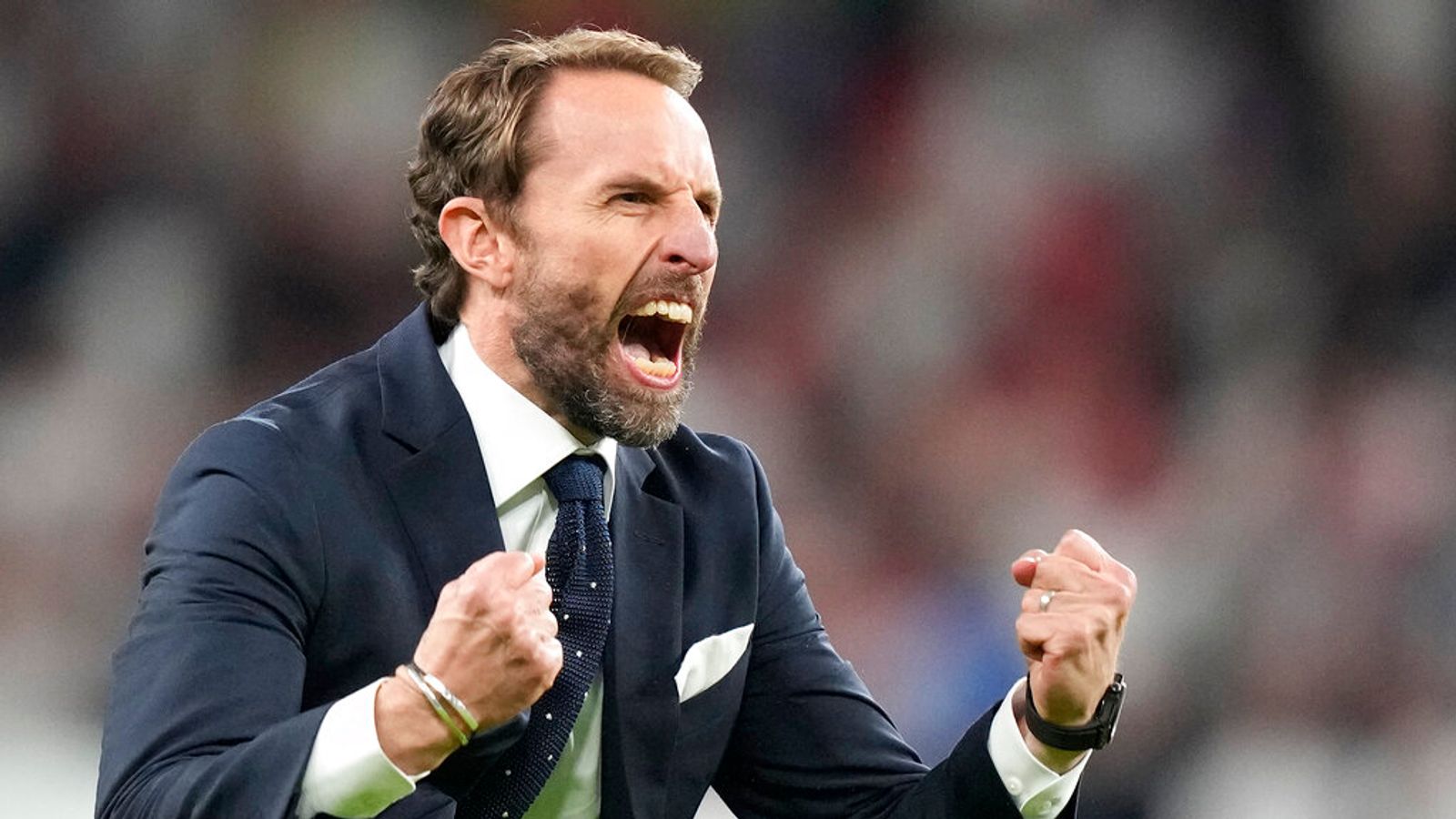 Gareth Southgate has made an appeal to England’s wartime spirit ahead of their Euro 2020 final, urging supporters to be proud of its achievements both on and off the pitch.

The England manager said the nation has “so much to be proud of” and urged fans to stop “looking at the negatives of our own country”.

Speaking on Friday, he stressed the wider significance of Sunday’s historic showdown against Italy, with the Three Lions uniting the country as it emerges from the coronavirus pandemic, encouraging diversity and taking a stand against racism.

“I think these are historic things that we can be proud of,” he told The Daily Telegraph.

“It’s a wonderful privilege to be able to make a difference.”

Southgate, 50, claimed he believed the ‘Blitz spirit’ was partially behind England’s win against Germany earlier on in the tournament.

“People have tried to invade us and we’ve had the courage to hold that back,” he told the paper.

“You can’t hide that energy in the stadium against Germany was because of that. I never mentioned that to the players, but I know that’s part of what the story was.”

He said that England has a habit of underestimating itself, but urged supporters to look to its position on the world stage as well as its footballing abilities.

“For an island our size, we’ve got an incredible influence on the world and we’ve got to keep that in a positive way.”

While politicians have condemned the England squad from ‘taking the knee’ to show their anti-racist stance, Southgate has encouraged them to do so during his leadership.

He said he was heartened by people of all backgrounds approaching him after the World Cup in Russia in 2018 to say they finally felt included by football culture.

“That inclusivity is really important for us because I think that is what modern England is.”

He praised the likes of Marcus Rashford, who was awarded an MBE for his work tackling child poverty in the pandemic, and Raheem Sterling, who has spoken out about his experiences of racism.

Describing them as “exceptional examples of players setting a really good example for young kids”, he added: “It’s important that their parents, when they are talking to those kids, can say: ‘We are quite happy for you to be a Raheem [Sterling], a Marcus [Rashford], a Kalvin Phillips, or whoever they might be because they stand for the right things off the pitch as well as on it’.”

England will have 60,000 fans cheering them on at Wembley on Sunday.

Although a Bank Holiday on Monday has been ruled out by politicians, the prime minister has urged employers and schools to be flexiblethat day to ensure both adults and children can enjoy the game.

Supermarkets are expected to close early, with pubs and bars fully booked up and down the country – despite the recent rise in COVID-19 cases.