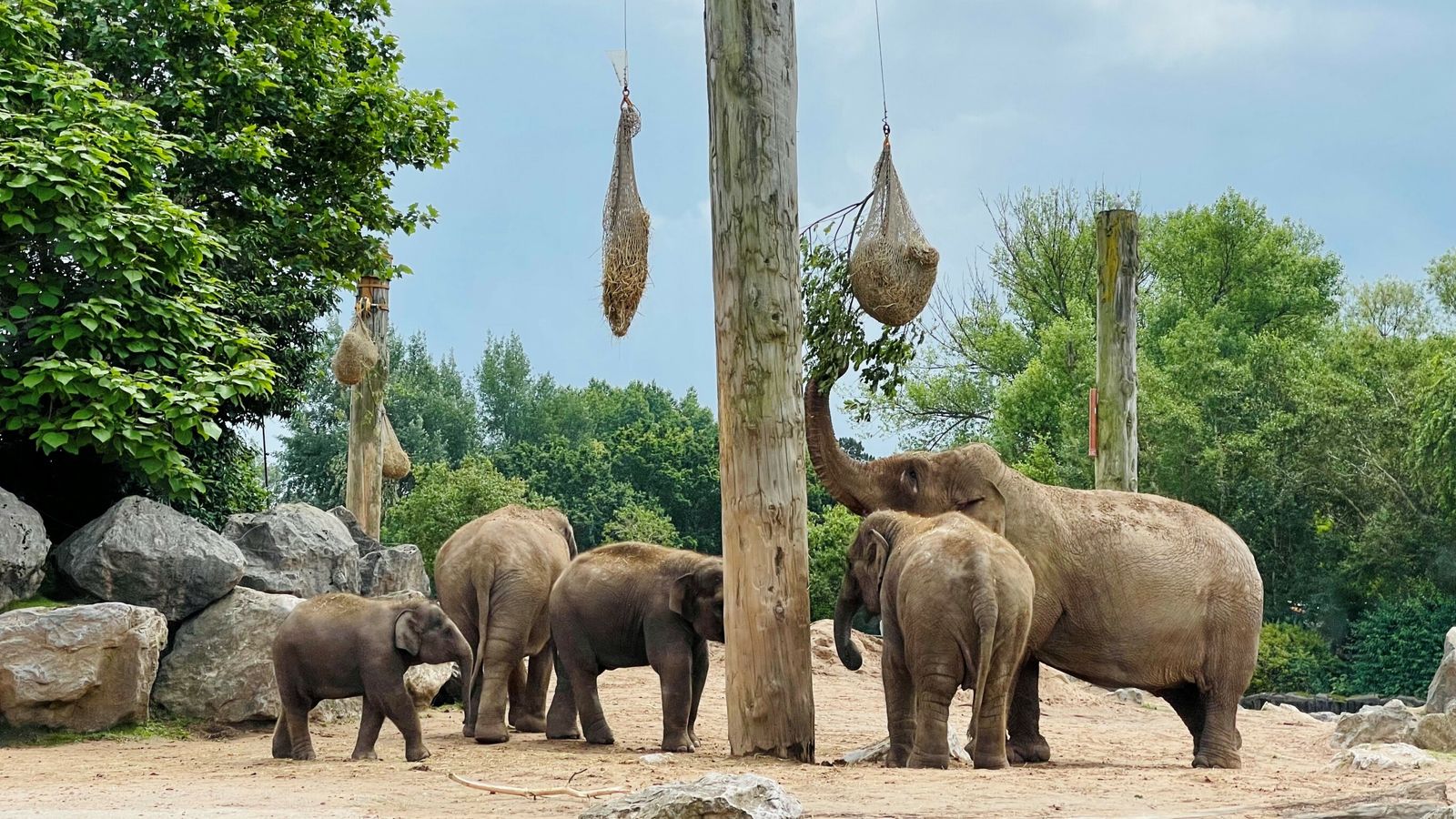 Keeping elephants in captivity could be banned in the UK as part of possible recommendations the government is set to consider.

The Elephant Welfare Group has been tasked with producing evidence-based guidelines to improve the management and welfare of elephants in the UK.

Reports suggest it will advise the banning of captive elephants, marking an end to seven centuries of the practice.

Animal rights campaigners have long warned of the physical and mental health impact captivity has on elephants.

“There’s a lot of evidence over the years that’s been gathered about issues to do with longevity, physical ailments, psychological ailments, and very low breeding rates for calves,” Will Travers, president of the Born Free Foundation, told Sky News.

“In Europe there are just fewer than 600 elephants in captivity, and an ageing population that’s not being replaced by the number of elephants being born in captivity, so at the end of the day somewhere along the line it is very likely that the elephant population in Europe will self-extinguish.”

“The public is seeing an animal out of the context of its natural environment, out of its correct social setting, afflicted by a range of psychological and physical ailments, when we know that we can do so much better for elephants by protecting them and the huge areas that they need to live in the wild,” he said.

There are currently 51 elephants in captivity across 11 UK zoos, including at Chester where Mike Jordan, director of animals and plants, says they play a critical role in conservation.

“Our absolute focus has been a virus called elephant endotheliotropic herpesvirus,” he told Sky News.

“We now know this virus occurs right around the Asian elephant distribution but we really have no idea for a cure and very little idea about treatment or even understanding it.

“Our work has focused almost exclusively on trying to understand that virus and develop a vaccine for it.”

But the validity of the research has been questioned by Mr Travers who says zoos are testing for a disease that is more prevalent in captivity than in the wild.

Image: Experts have stressed the physical and mental impact of keeping them in captivity

Mr Jordan denied suggestions that the life expectancy of captive elephants is on average less than half that of those in the wild where they can live to well over 50 years.

One of the elephants at Chester Zoo, Maya, is reaching the age of 50.

She has been a resident there for over three decades, in an enclosure that is 9,300 square metres in size – about a hectare.

“Asian elephants in the wild travel huge distances because they’re following the rain, availability of food, and moving in and out of areas of threat. In captivity they don’t need to do that,” Mr Jordan said.

“Here we find that those needs are met. We provide that into their enclosures.”

Animal welfare minister Lord Goldsmith said: “We have been clear that all zoo elephants must enjoy the highest possible welfare standards, and that is why we commissioned a robust 10-year-long report from the UK Elephant Welfare Group to suggest and make improvements in the way elephants are kept in UK zoos, and monitor progress.

“They have been given free rein to explore the issue and deliver whatever final recommendations they see fit, and their report will be considered by the UK’s zoos expert committee. Government will respond early next year.”

The report from the EWG, part of the British and Irish Association of Zoos and Aquariums, has been 10 years in the making.

It says decisions made by the government on the future of elephants in the UK will be based on evidence, not opinion.

Mr Travers says any ban will likely have a phased out approach.

“I think it will be a progressive process whereby elephants will either go back to the wild or it’ll be preventing the import or breeding of elephants,” he said.

“You’ve got to have somewhere for the animals that remain to live.

“I think there is a strong argument for there to be a European elephant sanctuary of significant size, where enclosures are hundreds of acres, to give the animals the choice to be with an elephant they really like.

Five things to look out for as England face Italy