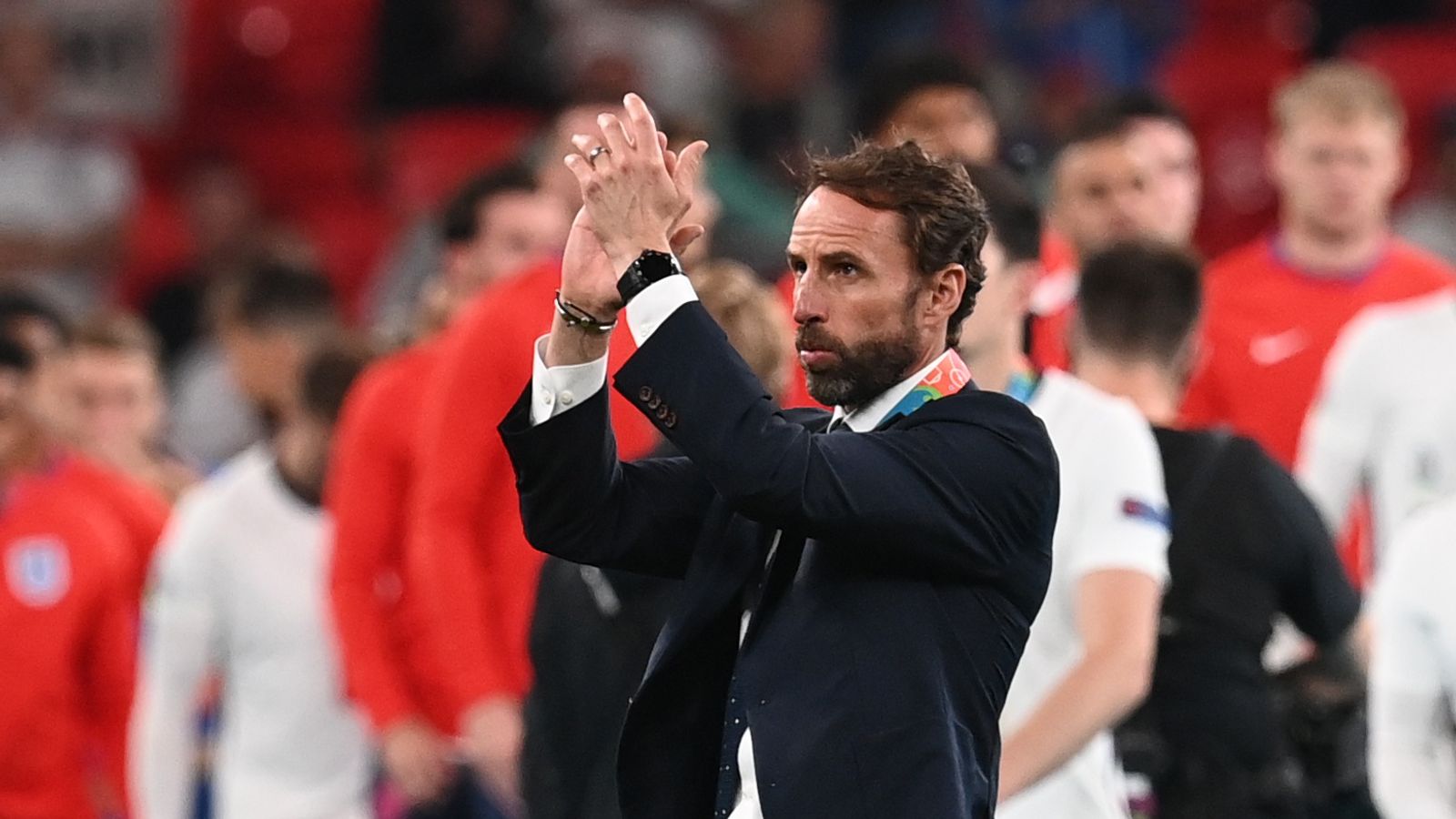 Italy can claim to be the outstanding team of the Euro 2020, and are worthy winners.

The guard of honour they formed as England went to collect their silver medals was a nice touch, and in keeping with a tournament which delivered for the most part a feelgood factor the continent needed after the last 16 months.

Over the last four weeks, Gareth Southgate and his team have cemented their reconnection with the public.

At the start of his 37-second message to the nation on the morning of the final, he said “We hope that we’ve represented you in the right way.”

They have. It matters. And it helps now, as England (nation and team) struggles to deal with more penalty heartbreak.

It will mitigate the flak the manager will receive over his choices for the shootout.

It’s hard to criticise him for putting his faith in the same young men whose praises we have sung for the past month.

Bringing on substitutes near the end of extra time specifically to take penalties in the shootout is not unusual – but it is a calculated risk.

It misfired badly here as Marcus Rashford – still only 23 – and 21-year old Jadon Sancho both failed from the spot.

Rashford, who looked as “cold” as you might expect for a man who had sat on the bench for 119 minutes, hit the post.

A couple of inches to the right, and we might very well have had a different outcome. The 55 years of hurt might have ended right here. And Bukayo Saka would not have had quite the same pressure on his 19-year old shoulders.

Saka’s shot was saved, and Southgate rushed to give comfort as the Arsenal forward broke down in tears.

The FA expects to extend Southgate’s contract beyond the end of next year’s World Cup in Qatar, a competition for which England can now expect to be among the favourites.

Of England’s squad of 26 here, only Kyle Walker and Jordan Henderson are over 30, so every one of them will likely remain in contention, and the youngsters will be a season-and-a-half more battle-hardened.

The outlook is bright, and the country will be with the team to a greater extent than in the past, despite the racism aimed at some players on social media and swiftly condemned by the FA.

Equally important for the longer term, the production line of young talent will continue to deliver, because of the class of 2021.

“It’s important,” said Southgate before the final, “that parents can say to their kids: ‘We are quite happy for you to be a Raheem, a Marcus, a Kalvin Phillips or whoever they might be’, because they stand for the right things off the pitch as well as on it.”

In the end, that matters more than whether England finished first or second at the Euros, even if it doesn’t feel like that this morning to those kids up and down the land, or the slightly older kids who nearly delivered the trophy.

Euro 2020: ‘You can all hold your heads high’, Prince William tells England after ‘heartbreaking’ result