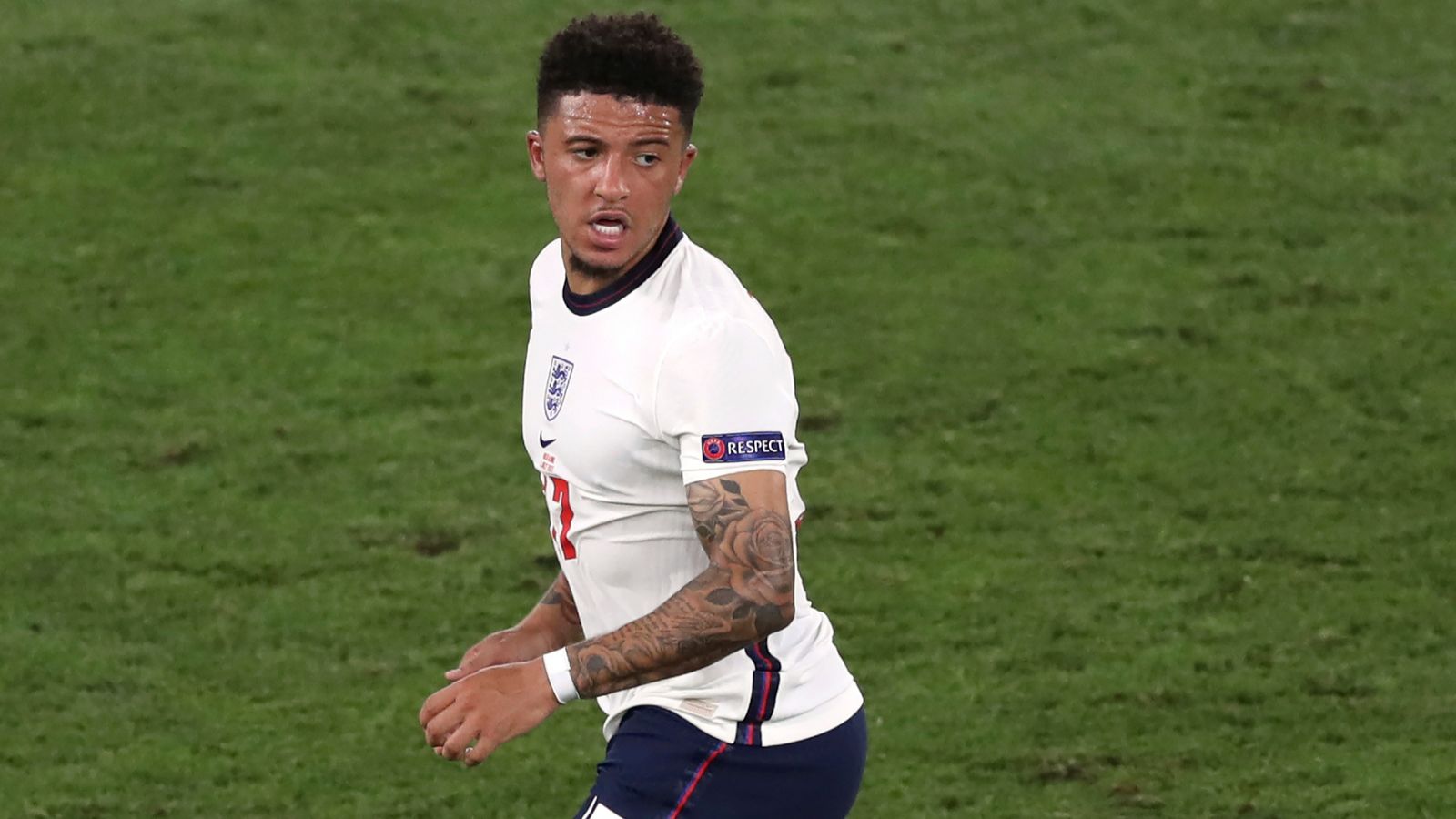 England star Jadon Sancho says “hate will never win” as he hit back at online racist abuse that he and other black players suffered following the penalty shootout defeat to Italy in the Euro 2020 final.

The winger, along with teammates Marcus Rashford and Bukayo Saka, were targeted on social media after they missed their spot kicks in Sunday’s match at Wembley.

Writing on Instagram, Sancho, 21, said: “I’m not going pretend that I didn’t see the racial abuse that me and my brothers Marcus and Bukayo received after the game, but sadly it’s nothing new.

“As a society we need to do better, and hold these people accountable. Hate will never win.”

He added: “To all the young people who have received similar abuse, hold your heads up high and keep chasing the dream.

“I am proud of this England team and how we have united the whole nation in what has been a difficult 18 months for so many people.”

He went on to say he was grateful for the positive messages he had received and representing his country is an “honour”.

“Much as we wanted to win the tournament, we will build and learn from this experience going forward. I want to say a massive thank you for all the positive messages and love and support that far outweighed the negative,” he said.

“It’s been an honour as always representing England and wearing the Three Lions shirt, and I have no doubt we’ll be back even stronger.”

It comes as Boris Johnson told MPs that football banning orders will be changed to cover online racism in the wake of the social media abuse directed at England players.

The prime minister said the change will mean “if you are guilty of racist abuse online of footballers then you will not be going to the match”.

“No ifs, no buts. No exemptions and no excuses,” he told the Commons.

PM and Starmer clash over racism

Earlier in his Instagram post, Sancho apologised for not scoring his penalty in the 3-2 defeat, saying: “I would like to say sorry to all my teammates, coaching staff and most of all the fans who I let down.

“This is by far the worst feeling I’ve felt in my career. It’s hard to even put into words the real feeling, but there were so many positives to take away from this tournament though the defeat will hurt for a long time.

“I was ready and confident to take it, these are the moment’s you dream of as a kid, it is why I play football. These are the pressured situations you want to be under as a footballer.

“I’ve scored penalties before at club level, I’ve practiced them countless times for both club and country so I picked my corner but it just wasn’t meant to be this time. We all had the same ambitions and objectives. We wanted to bring the trophy home.”

On Tuesday, Rashford said he was “overwhelmed” and “lost for words” as he thanked supporters who posted messages of support on a mural depicting the England striker.

The mural was vandalised in the wake of England’s Euro 2020 final defeat – but it was then repaired and hundreds of messages of solidarity were posted on it.

Children as young as 13 are being recruited by far-right extremists, says MI5 director-general