‘The people who murdered my husband are still walking free’: Widow rejects amnesty 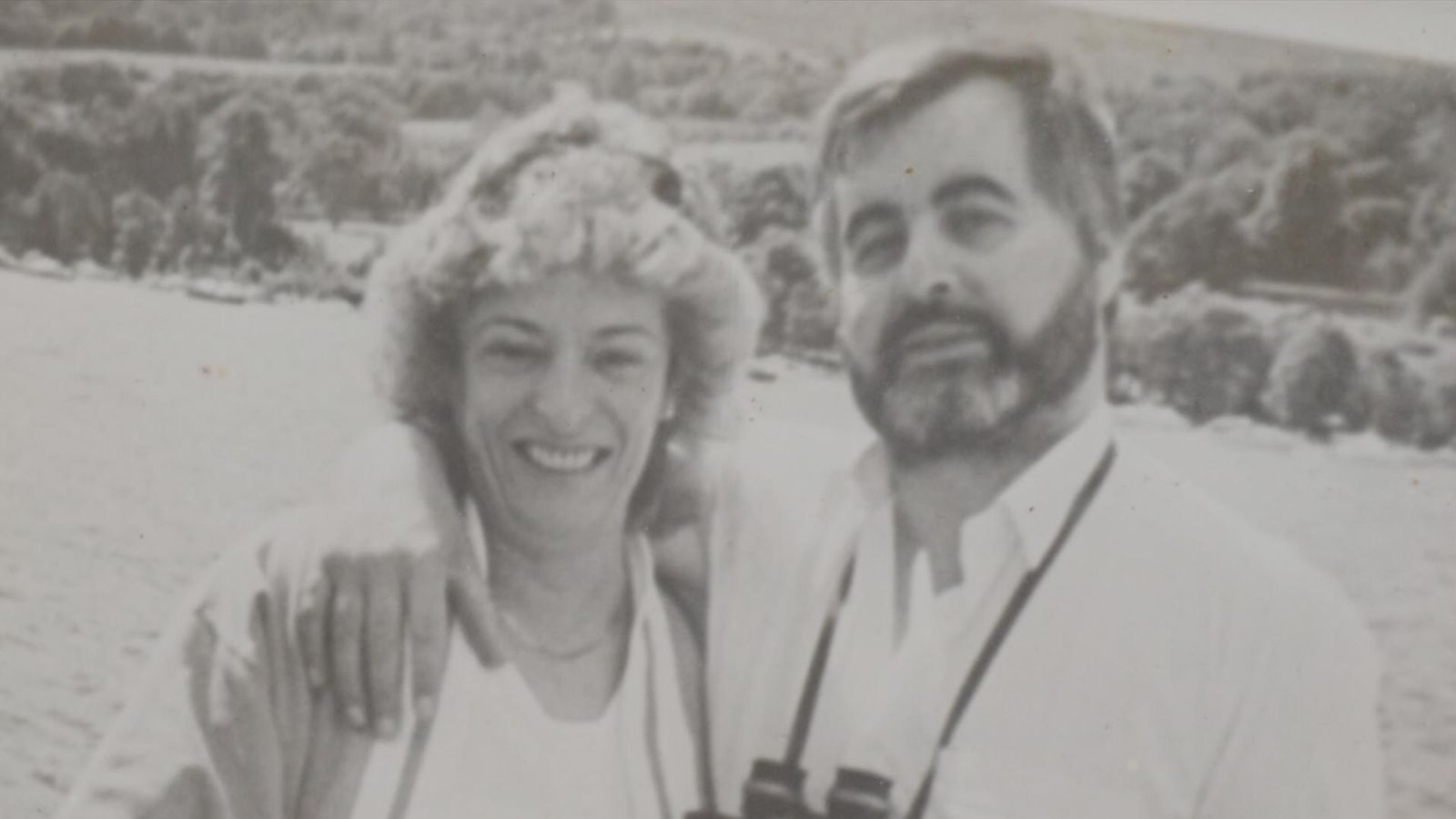 It is 30 years since the IRA murdered Kathleen Gillespie’s husband Patsy.

In one of the most brutal killings of The Troubles, they chained him to the steering wheel and pedals of a van containing explosives, held his family at gunpoint in their Londonderry home, and ordered him to drive the van into a military base.

The father-of-three and five British soldiers were killed when the 1,200lb bomb exploded at the Coshquin barracks, close to the border with the Republic of Ireland.

In a rare interview with Sky News, Kathleen recalled the horrific nature of her husband’s death.

“Patsy was identified by a piece of flesh attached to a bit of a zip of a grey cardigan, and they found it on the roof of a bar over the border.

“That’s how far away it was, and that was the most that they could identify Patsy with,” she explained.

Image: Kathleen Gillespie with her husband Patsy, who was murdered by the IRA

Kathleen, 71, is not hopeful she will ever see justice but is fiercely opposed to a statute of limitations on prosecutions.

She said: “The people who murdered my husband are still walking free. I could be walking past them up the town any day and not know who it was.

“We’re just the ordinary common people so it’s alright to push us to the one side,” she added.

With the government poised to announce a de facto amnesty for both former soldiers and former paramilitaries, Kathleen feels they are asking too much of those who have already paid the highest price.

Fighting back tears at her home in Derry, she said: “The worst day that I can remember was the day of my daughter’s wedding because her daddy should have been there to walk her up the aisle.

“I cannot say and never will say that I can forgive the people that took Patsy away from me and his kids.

“To even think about forgiving people that would… cold bloodedly chain you to a van and make you drive and know that you were going to die afterwards?

“I loved Patsy to the minute he died from the first time I met him,” she said.