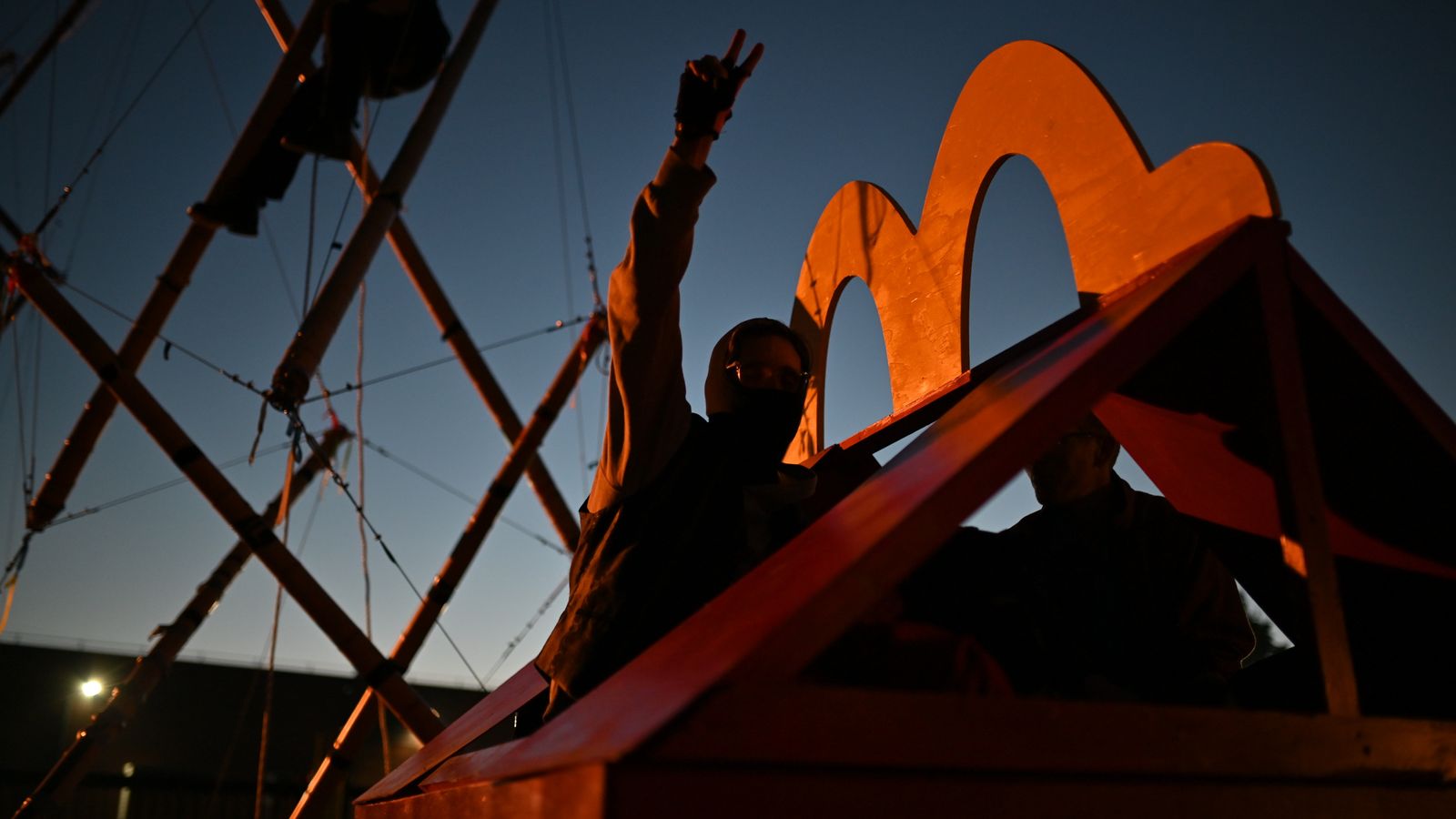 Animal Rebellion protesters have blockaded a McDonald’s factory in an attempt to prevent it from distributing beef burgers.

They believe the Scunthorpe facility to be producing beef burgers for McDonald’s in the UK, churning out three million patties a day.

Animal Rebellion, a movement campaigning for a sustainable plant-based food system, is demanding that McDonald’s becomes fully plant-based by 2025.

It is also calling on the global fast food chain to release a statement accepting responsibility for its part in climate disruption and deforestation in the Amazon.

In a statement today released by Animal Rebellion, Professor Joy Carter, emeritus professor of geochemistry and health at the University of Winchester, said: “There is no second chance in averting climate breakdown – we have just one opportunity to get this right.

“We need to radically change our food system and it must start with the meat and dairy industry. Until we make large-scale systemic changes and move towards a plant-based food system, we will continue to destroy our planet.”

Image: Protesters say McDonald’s is ‘just a symbol of the system’ they are trying to change, which is the entire animal agriculture industry. Pic: Animal Rebellion/Tom Woollard

The protest falls on the day the UK’s new National Food Strategy is published. According to the report, meat consumption must fall by 30% by 2030 to reduce methane emissions from cattle and sheep that help drive climate change, and to free up land to absorb carbon and boost nature.

It suggests investment in alternative proteins to be used in ready meals, which could encourage people to eat less meat.

It warns a tax on meat to drive down demand would be unpopular and unfair for poorer households, instead urging the government to invest £50m in the development of alternative proteins such as lab-grown meat or plant-based foods, which could create thousands of jobs in factories and farming.

Sky News has contacted McDonald’s with a request for comment.

Pay extra for full English to save the Earth

The show also highlights solutions to the crisis and how small changes can make a big difference.