COVID-19: US President Biden calls on some star power to encourage young people to get vaccinated 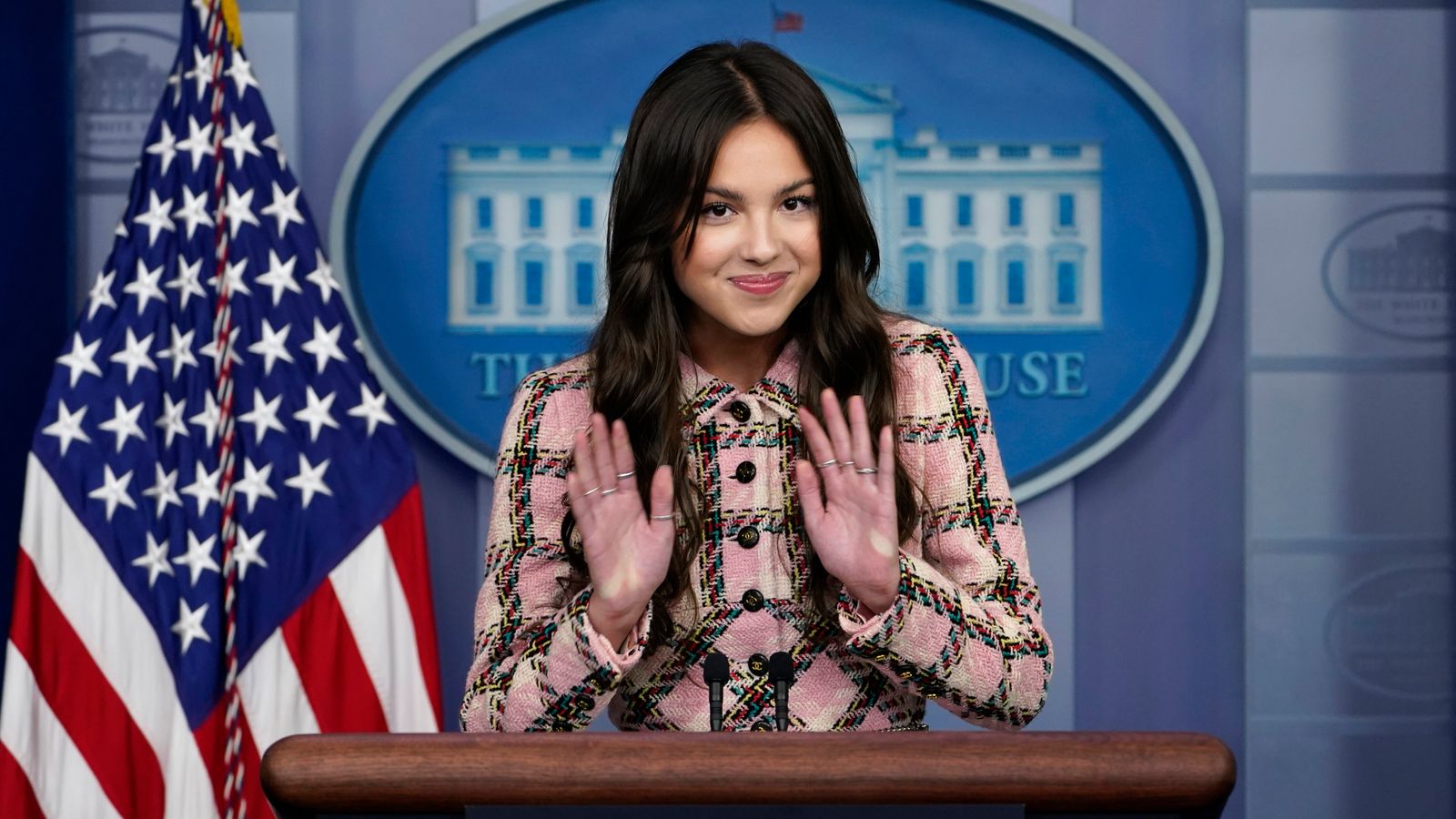 US President Joe Biden is teaming up with former Disney Channel star Olivia Rodrigo to encourage young people to get vaccinated against COVID-19.

The videos will feature on the White House’s social media channels, as well as on Rodrigo’s platforms, where she has more than 14 million followers on Instagram alone.

The US has had success vaccinating many older Americans but there is less urgency being shown by younger people, despite the highly-contagious Delta variant devastating under-vaccinated communities.

A recent poll by NBCLX and Morning Consult found that those aged between 18 and 34 were the most likely generation to say they would either not get vaccinated (23%) or that they had not yet decided (21%).

The poll found that those aged between 18 and 23 were particularly unsure.

In the UK, the vaccination was made available to everyone over 18 on 17 June and there was an initial surge in demand from young people keen to protect themselves and those around them.

But after the keenest were vaccinated, there was a drop in demand as the programme’s focus moved to harder-to-reach groups.

Just over 54,000 vaccination doses were given on 12 July, the most recent 24-hour period for which government figures are available.

The Office for National Statistics said that 4% of the population describes themselves as vaccine hesitant but this rises to 9% for those aged 18 to 21 and 10% for those aged between 22 and 25.