Hertfordshire: Commuters stunned as stolen 4×4 driven on to train tracks amid police manhunt 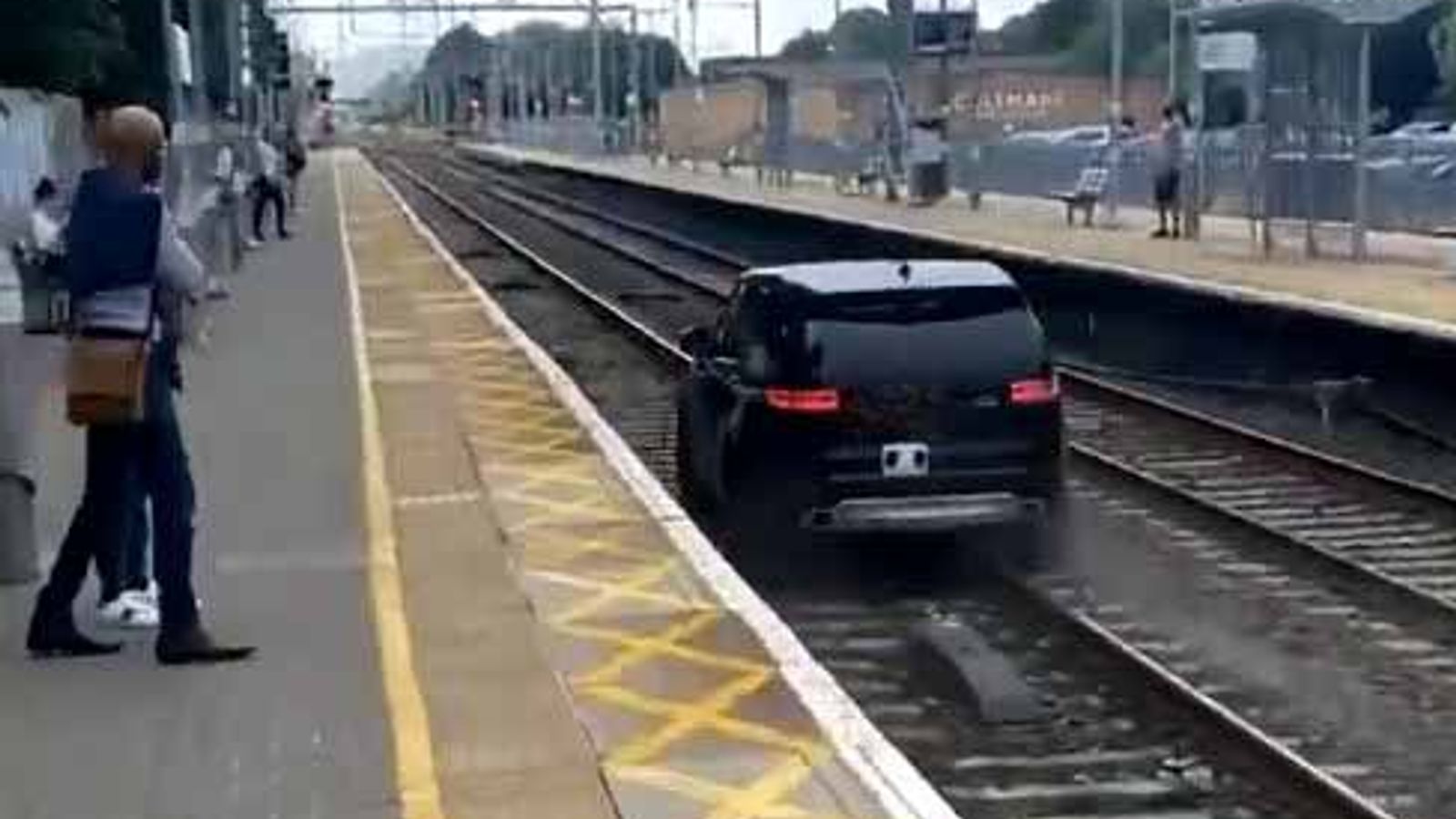 Police are searching for the driver of a stolen 4×4 who injured two police officers before driving the high-end vehicle through level crossing barriers and on to train tracks.

Officers from Essex Police tried to get the driver out of the car in a street containing shops and flats in Cheshunt in Hertfordshire.

Video footage shows the male and female officers beside the open driver’s door, shouting: “Get out of the car!”

Image: The male officer got dragged along as the car was reversed

But the driver ignores their pleas and puts the black Land Rover Discovery into reverse. With the driver’s door still open, the officers are forced to move with the car.

The female officer manages to get free but the male officer is carried about 20m (66ft) before the driver stops and the officer falls into the road, getting up again a short time afterwards.

The Discovery is then reversed into a white car behind it before being driven off at speed.

More video footage later shows the same vehicle on the tracks at Cheshunt station after reportedly being slammed through barriers at a level crossing.

The vehicle – which was not hit by a train – has since been removed, British Transport Police said.

Image: The 4×4 was slammed into the white car behind it

Hertfordshire Police said it was made aware of the incident at 9.30am on Thursday, and that two officers suffered minor injuries that did not require hospital treatment.

Several vehicles were damaged, it added.

Anyone with information is asked to call 101