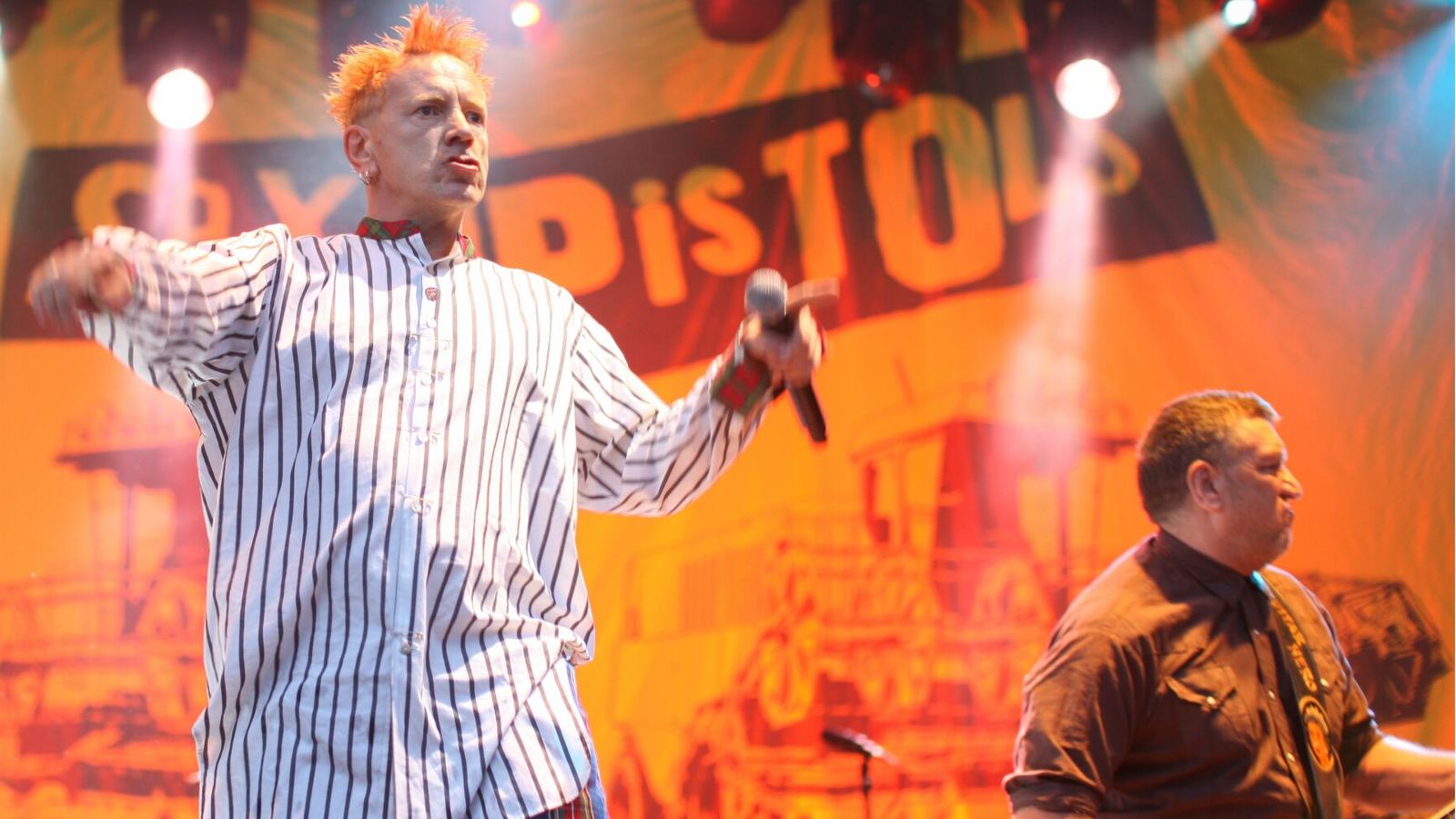 Two former members of the punk outfit Sex Pistols are suing singer Johnny Rotten in an effort to use the band’s music in an upcoming TV series about the anarchic icons.

Paul Cook and Steve Jones want tracks to be used in Pistol, to be made by Trainspotting director Danny Boyle, but Rotten (real name John Lydon) has said it’s “disrespectful” and has refused to give permission.

Cook and Jones say the band had agreed in 1998 that licensing decisions such as this would be made on a “majority rules basis”, but Lydon argues that the use of their music can’t be granted without his consent.

Image: Lydon says his former bandmates cannot use the group’s music without his consent. Pic: AP

Edmund Cullen, who is representing Cook and Jones at the High Court in London, said the former bandmates have a “brittle and fractious” relationship.

He added that the group’s original bassist, Glen Mattock, and the estate of his late replacement, Sid Vicious, were behind Cook and Jones.

Representing Lydon, Mark Cunningham said in a written argument that Jones’s memoir (on which the show will be based) depicted the singer “in a hostile and unflattering light,” and describes Johnny Rotten as “the annoying little brat with the great bone structure who’s always asking for more.”

The case is set to continue next week.

Pistol, a six-part series, is slated to hit screens next year.

It’s due to air on the Disney-owned US network FX on Hulu, and Lydon has previously said of the plans: “Poor old Johnny Rotten is the victim of Mickey Mouse.”

The Sex Pistols formed in 1975 and had a short-lived career which consisted of just one album. However, they went on to become cult icons in the world of music, and have since performed together several times.

They are known for tracks such as God Save The Queen and Anarchy In The UK.