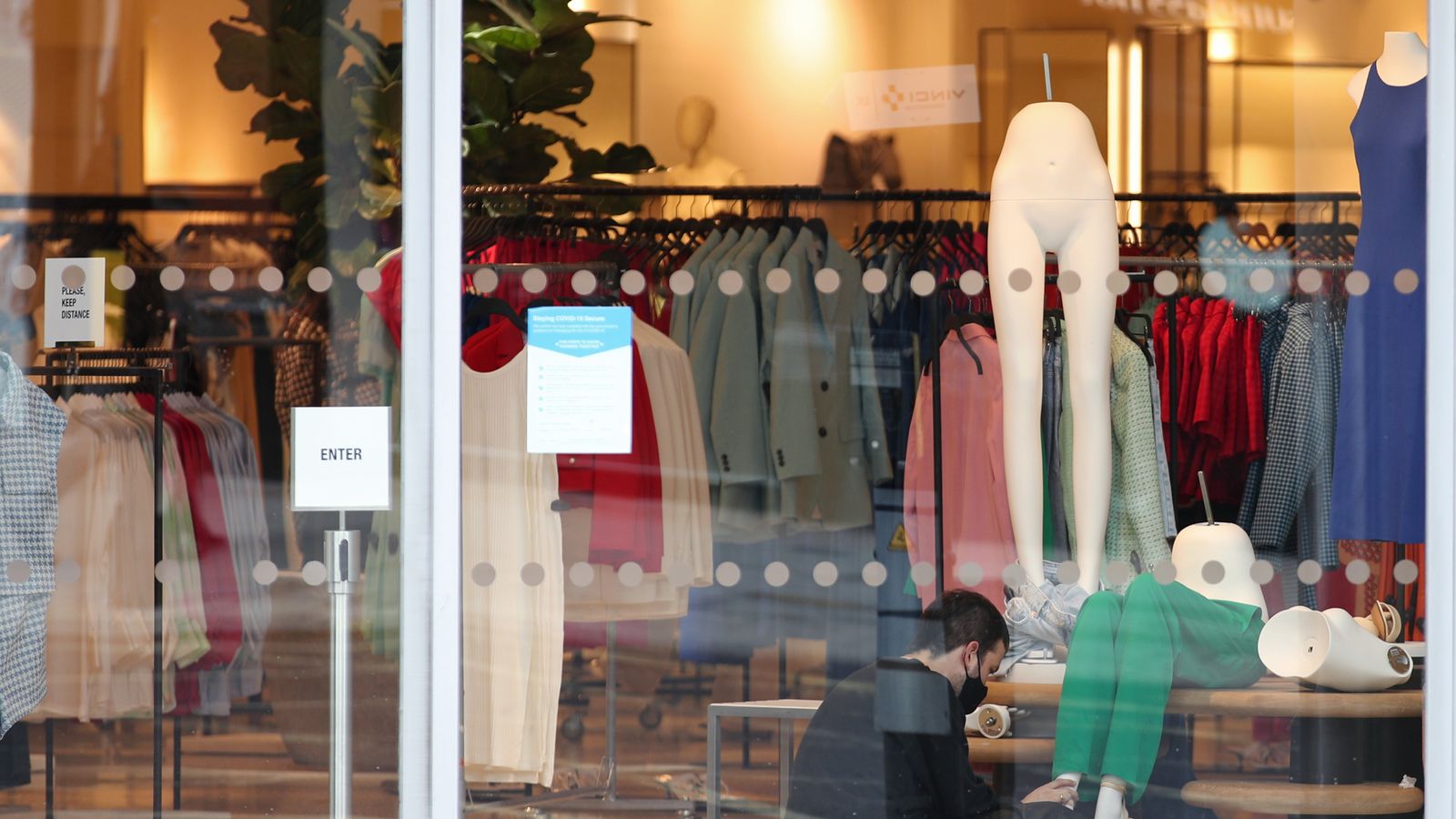 The UK population buys the most clothes in Europe, yet major British brands are falling behind their European counterparts when being transparent about their sustainable practices.

The findings from Fashion Revolution show many major high street names are hiding the number of workers in their supply chains being paid a living wage.

Most carbon emissions come from the processing and manufacturing of clothing – yet only 17% of big global brands disclose the carbon footprint of their items.

The impact of the process from the very infancy of their products at raw material level to the shop floor remains largely unknown.

Explainer: Why fast fashion needs to slow down

“The world’s biggest fashion brands are moving too slowly on transparency, and that needs to change,” Sarah Ditty, the author of the report, says.

The global policy director at Fashion Revolution went on to tell Sky News: “Transparency is lacking especially when it comes to textile waste, carbon emissions and fair pay for workers in the supply chain.

“Most big brands are failing to disclose their supply chain carbon emissions, despite having made big public commitments to go net zero over the past couple of years.

“We really want to encourage brands to be more transparent about this, especially given the urgency of the climate crisis.”

Swimwear company Speedo, whose headquarters are in Nottingham, is the highest scoring British brand at 53%.

Followed by Sainsbury’s and Marks & Spencer at 48%.

The survey of 250 of the biggest global fashion brands aims to show how transparent the world’s largest retailers are when disclosing information on social and environmental issues.

Smaller companies are also included such as Bristol-based Yes Friends, which aims to produce ethical clothing at affordable prices.

Director Sam Mabley says consumers have more power than they realise when demanding change from the brands they love.

There is strength in numbers he tells Sky News.

“I think there’s a lack of pressure from consumers in asking shops to change towards sustainable clothing,” he says.

“Asking brands to make a change by sending emails might sound small but I really think it makes a difference.”

Many high street names do have recycle schemes (32%) and eco-friendly ranges.

There has been some progress on transparency thanks in part to legislation holding brands to account for their impacts on people and the planet.

But this is the biggest push to finding out how much those throughout the supply chains are being paid an adequate sum.

Some 99% of major fashion names surveyed do not disclose the number of staff being paid a living wage.

Reports like this could mean the fast fashion industry may not be able to hide for much longer.

Tokyo 2020: Olympic skateboarder Sky Brown has the world at her feet