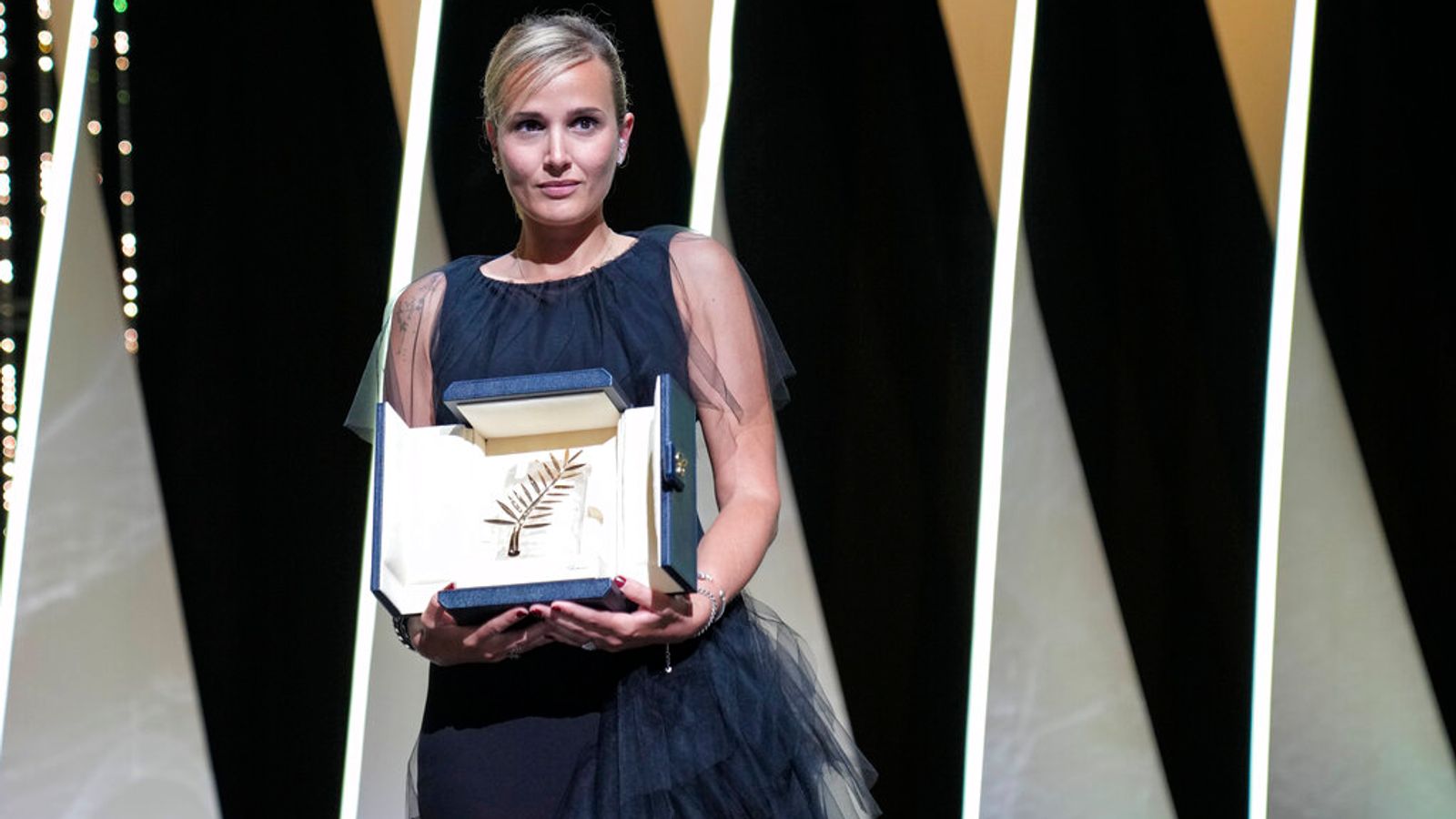 Titane, a wild body-horror thriller written and directed by Julia Ducournau, has won the Palme d’Or at the Cannes Film Festival.

It makes Ducournau only the second female filmmaker to win the festival’s top honour in its 74-year history.

In a gaffe during the ceremony on Saturday, jury president Spike Lee mistakenly announced the win ahead of time, causing confusion.

French filmmaker Ducournau did not come to the stage to accept the award until the formal announcement at the end of the ceremony.

However, the early giveaway didn’t curb her shock at winning the gong.

Catching her breath, she said: “I’m sorry, I keep shaking my head.

“Is this real? I don’t know why I’m speaking English right now because I’m French. This evening has been so perfect because it was not perfect.”

The only previous female filmmaker to win Cannes’ prestigious Palme d’Or was Jane Campion for The Piano in 1993 – so Ducournau’s win was a long-awaited triumph.

Gender parity at Cannes has been a subject of growing frustration in recent years – with 82 women including Cate Blanchett and Salma Hayek protesting inequality on the Cannes red carpet in 2018.

Their number of protesters, 82, signified the movies by female directors selected to compete for the Palme d’Or that year – 82 compared to 1,645 films directed by men.

This year, four out of 24 films up for the award were directed by women.

The award for Titane, an extremely violent film, was deliberated through conversation and debate, according to this year’s jury – with juror Maggie Gyllenhaal saying they didn’t agree unanimously on anything.

Lee said the jurors were each passionate about a particular film they wanted but “we worked it out”.

Following a car accident when she was a child, she was left with a titanium plate in her head and a strange bond with automobiles.

Image: Julia Ducournau (R) with Agathe Rousselle and Vincent Lindon at the Titane premiere at Cannes

In one of the most shocking and talked about scenes of the film, she is impregnated by a Cadillac, something Lee called a singular experience.

He said: “This is the first film ever where a Cadillac impregnates a woman. That’s genius and craziness together. Those two things often match up.”

When accepting the award, Ducournau thanked the jury “for letting the monsters in”.

She later acknowledged to reporters her place in history, but also said she “can’t be boiled down to just being a woman”.

“Quite frankly, I hope that the prize I received has nothing to do with being a woman,” she said. “As I’m the second woman to receive this prize, I thought a lot about Jane Campion and how she felt when she won.”

Cannes’ closing ceremony on Saturday night rounded off 12 days of red-carpet premieres and regular COVID-19 testing for many attendees.

It was also the first major film festival to be held since the pandemic began in almost its usual form, but with less people and mandated mask-wearing in theatres.