Mural for Saka, Sancho and Rashford defaced with racist message 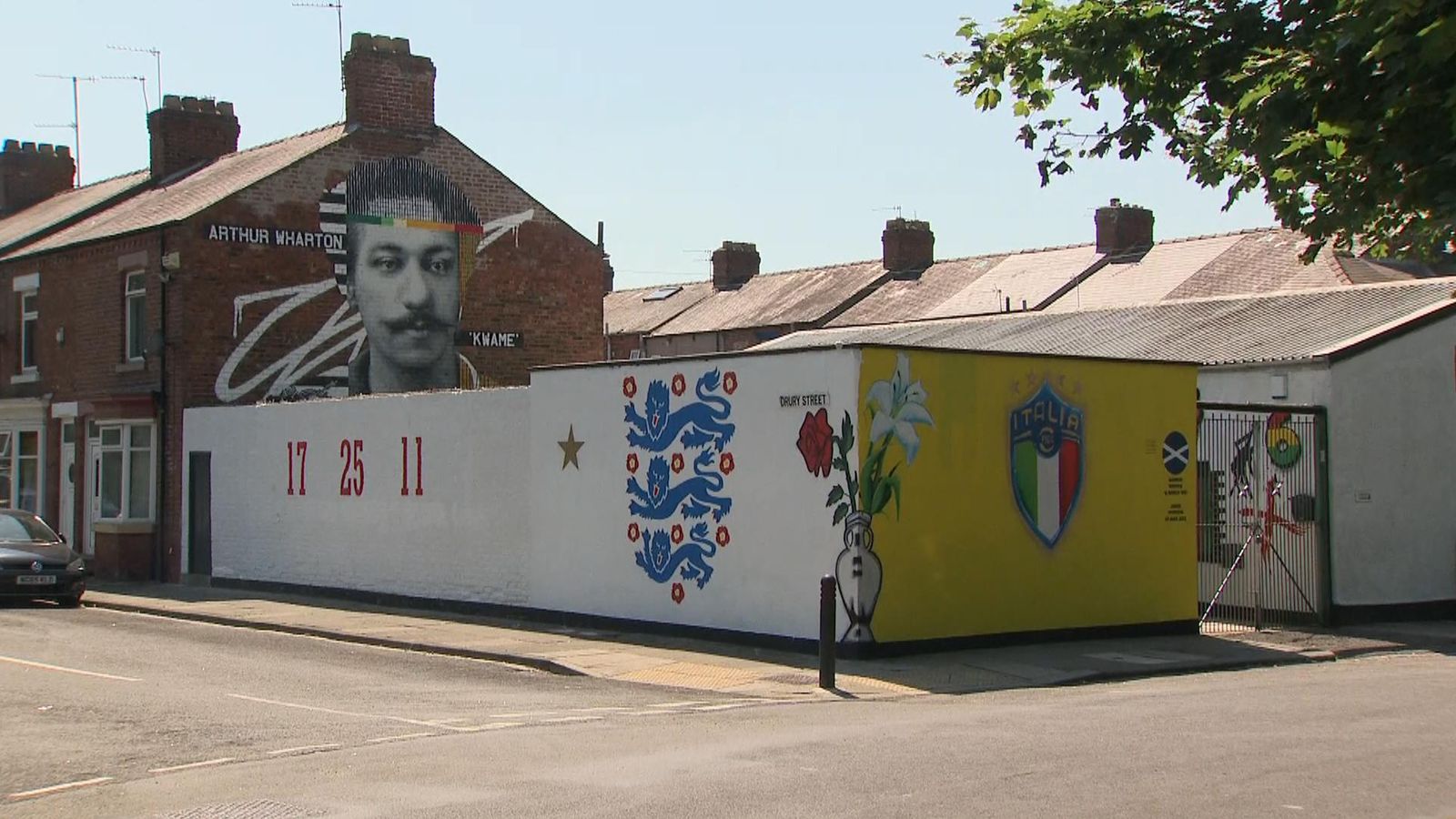 A mural in support of England players Bukayo Saka, Jadon Sancho and Marcus Rashford was defaced with racist graffiti – but members of the public helped to quickly paint over it.

The mural was painted in Darlington, County Durham, next to the memorial to Arthur Wharton – the world’s first black professional footballer – after the players received abuse following their Euro final penalty misses.

But overnight into Saturday graffiti saying “we do not stand with the 3 black lions” appeared next to the players’ shirt numbers.

The adjacent mural of the England badge was also defaced with a message warning against “non-white immigration”.

The Stand Up to Racism group for the North East tweeted: “Overnight a cowardly racist has decided to spread hate. We condemn this racism and we stand in solidarity with the Arthur Wharton Foundation. We are the majority and cowardly racists are not welcome.”

However, members of the community helped to paint over the vandalism on Saturday.

A Rashford mural in Manchester was also defaced earlier this week.

Once again, hundreds of messages of support and defiance were quickly posted up to cover the damage.

Image: People showed their support at the Rashford mural in Manchester earlier this week. Pic: AP

Anyone with information on the damage to the Wharton memorial is asked to call Durham police on 101.

It comes as Stand Up To Racism campaigners gathered near Downing Street on Saturday, with some holding signs in support of the three players.

There was also criticism of the government, with protesters urging ministers to take a firmer stand on the issue.

Organiser Weyman Bennett said he believed the players were “were attacked for taking a principled position of anti-racism and standing up against discrimination”.

Image: Mr Bennett said the racism the players received was ‘a consequence of failure of leadership at the top of our society’

“The minute they stand up, they’re actually attacked, and I think that the racism that they received is a consequence of failure of leadership at the top of our society,” Mr Bennett added.

Labour MP Diane Abbott was also at the event.

She accused Boris Johnson and Home Secretary Priti Patel of refusing to condemn people who booed the England players when they took the knee.

She said it was “sad that over 30 years since I first became an MP we are still struggling with racist abuse”, but added that “it’s also important that we stand up to be counted and show that the racists don’t speak for all of us”.

Euro 2020: Police release images of 10 men they are tracing over unrest before England v Italy final