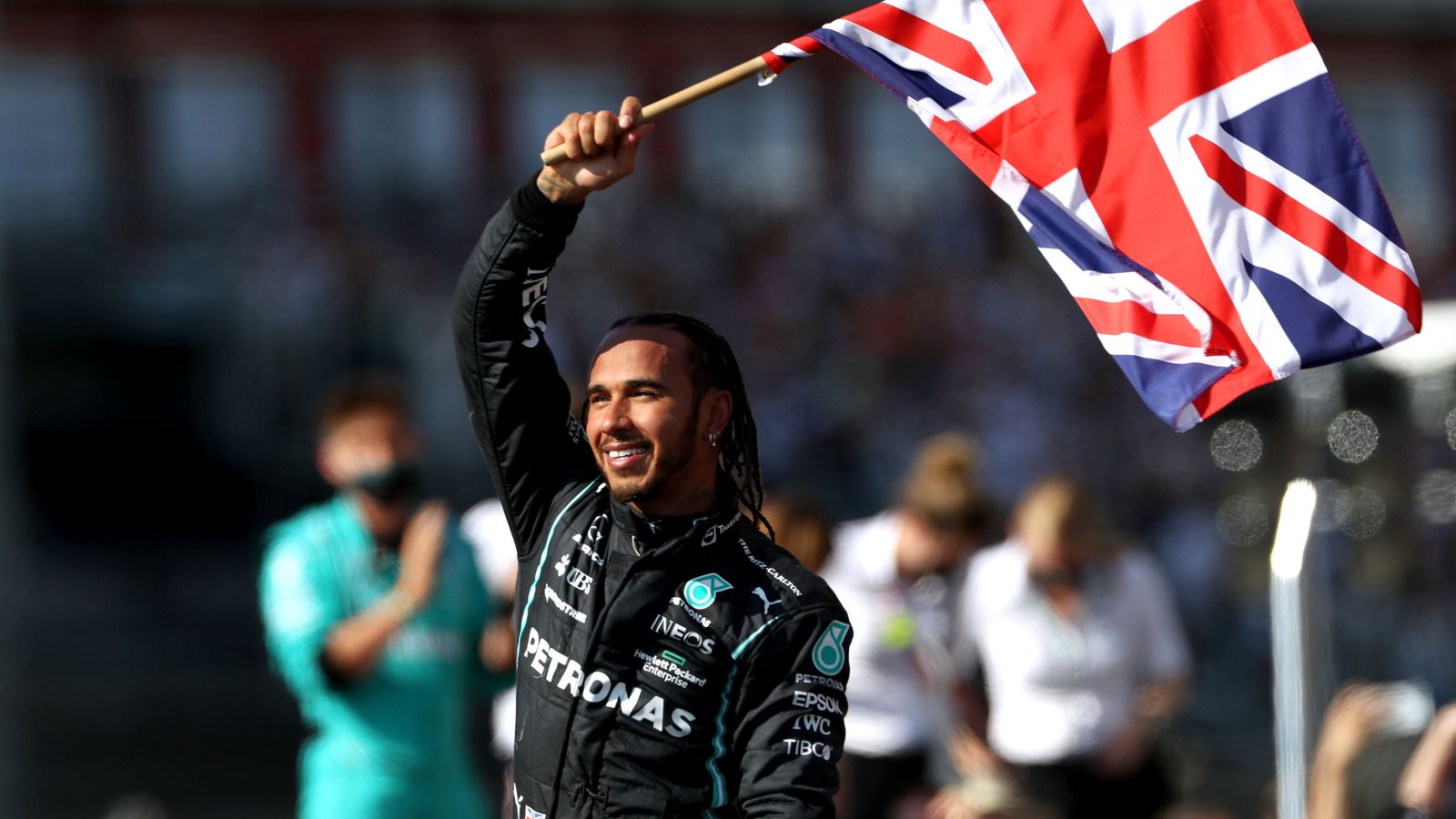 Lewis Hamilton has won the British Grand Prix following a race which saw him and F1 title rival Max Verstappen collide on the opening lap.

Verstappen crashed out when Mercedes driver Hamilton dived down his inside on the entry to Copse corner at 180mph, with the British driver tagging the rear of the Red Bull car.

The Dutch driver, who later called it a “dangerous move”, was sent out of control and crashed into the wall in the high-speed accident at Silverstone.

Hamilton was given a 10-second time penalty for causing a collision.

Verstappen, 23, remained in his cockpit for several moments before emerging and was taken away in an ambulance.

“Is Max OK?” said Hamilton over the radio. “He is out of the car,” Hamilton’s race engineer Peter Bonnington replied.

Hamilton told his Mercedes team the position in the corner was his and the collision was not his fault.

Following an assessment by the trackside doctors at Silverstone Circuit Medical Centre, Max Verstappen has been taken to a local hospital for further precautionary tests.

“I was ahead going in there,” said Hamilton. “I was fully inside, it was my line, and he turned in on me.”

Red Bull said Verstappen had been “taken to a local hospital for further precautionary tests” after being assessed at the track’s medical centre.

Verstappen was slow to exit his car but waved to the crowd as he headed to the medical centre.

Later he said on Twitter the British driver’s celebrations while he was still in hospital had been “disrespectful and unsportsmanlike”.

Glad I’m ok. Very disappointed with being taken out like this. The penalty given does not help us and doesn’t do justice to the dangerous move Lewis made on track. Watching the celebrations while still in hospital is disrespectful and unsportsmanlike behavior but we move on pic.twitter.com/iCrgyYWYkm

The reigning world champion’s manoeuvre was “dangerous,” he said, adding that he was “very disappointed” with how his race ended.

Hamilton passed Ferrari’s Charles Leclerc with only two-and-a-half laps remaining of the race in front of 140,000 spectators at Silverstone.

Valtteri Bottas, Hamilton’s teammate, came third after obeying team orders to let Hamilton through and chase Leclerc in a race halted and then re-started after Verstappen’s crash.

Celebrating his win, Hamilton said: “This is a dream for me today, to do it in front of you all.

“I always try to be measured in how I approach, particularly with battling with Max, he’s very aggressive. And then today I was fully alongside him and he didn’t leave space.”

Speaking to the biggest crowd to attend a sporting event in Britain since the start of the pandemic, Hamilton continued: “Regardless of whether I agree with the penalty, I take it on the chin and I just kept working.

“I was like ‘I’m not going to let anything get in the way of the crowd’s enjoyment of the weekend and the national anthem and the British flag’.”

Image: Max Verstappen, pictured on Saturday, was sent to hospital for checks

“As far as I’m concerned, full blame lies on Hamilton. You could have had a massive accident and thank God he walks away unscathed. I hope you are going to deal with it properly.”

Hamilton’s win – his eighth on home turf – moved him to within eight points of Verstappen in the drivers world championship.

It was also the 99th win of his Formula One career and fourth of the current campaign.

But Sunday’s outcome was the worst possible result for Verstappen, who had started on pole position with a 33-point lead and seeking a fourth win in a row but was left with zero points and in hospital for checks.