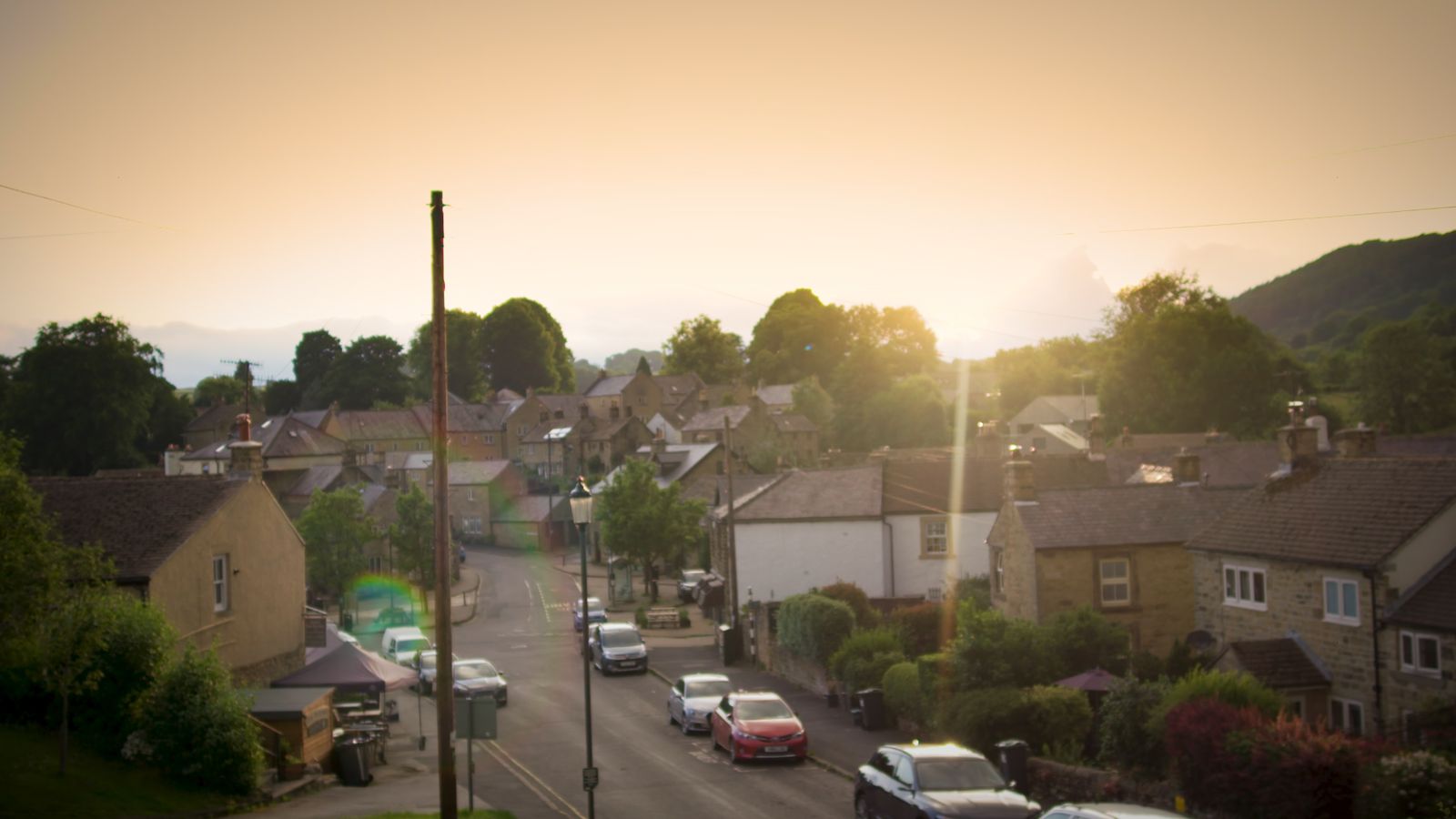 There’s a village in the Peak District that has a history of fighting deadly diseases. Locals call it the plague village.

In 1665, a tailor in the village of Eyam ordered some cloth from London. It arrived infested with fleas carrying the plague. The tailor died within days.

Several of his neighbours also died and some families began to panic and fled the area.

William Mompesson, the rector, supported by his predecessor Thomas Stanley, feared that this would spread the disease over a wider area and asked villagers to quarantine themselves.

Boundary stones were placed at the perimeter, marking the point which people could pass, to leave or to enter.

Image: It was this church which spearheaded the lockdown last time

Money was placed in vinegar inside the stones in exchange for food and supplies left there. Church services were moved outside.

The dead were buried quickly and close to where they passed away. Infection control measures copied to this day.

The virus was contained but the village paid a huge price for its self-imposed lockdown. In 14 months, 260 residents died – more than double the mortality rate suffered by Londoners.

Eyam’s closest city, Sheffield, was saved from an outbreak and other villages were protected.

Driving into Eyam on a beautiful sunny day, there are signs of that history all around.

A gravestone in the churchyard has carved into it a skull and crossbones. Inside the church, the stained-glass windows depict the historic story of the quarantine.

Image: The village still bears the scars of a previous deadly outbreak Image: Coins were placed into holes in stones filled with vinegar to kill the plague

“There’s something about Eyam. People in a small, isolated village that are used to being cut off,” the vicar says.

“There’s a stoniness and resilience that I like to think – maybe fancifully – reflects back on 350 years ago.”

The people of Eyam have needed to call on that resilience again, fighting COVID like their ancestors fought the plague.

Now lockdown is coming to an end and almost all legal restrictions on social contact will be removed, there’s an uneasy mix of fear and anticipation.

I met Sarah Jackson, who lives in Eyam. She’s with her daughter Nicola, who was born in January “an absolute COVID baby.”

Sarah is cautious about the changes: “I personally think it’s a little bit premature, but scientists know best, so you’ve got to trust what they’re saying really. You’ve got to follow the advice and keep your mask on.

“My dad died – not of COVID thank goodness – in December, but he had to go into hospital on his own, my mum wasn’t allowed in and it’s just heartbreaking.

“So you think if that’s the severity of it… to open everything up so quickly, and if you gave it to somebody that was vulnerable, it would be awful, so it’s just common decency to stop it.”

In 1665, the church protected the community. Now, they’re relying on science.

Dr Ben Milton has been leading the vaccine rollout at the village GP surgery.

“I think there’s a real sense of trepidation. I mean, clearly, that’s tinged with some real excitement. We all want to get back to something we recognise as a bit more normal.

“But there’s no doubt the impact, certainly for us in general practice and in health care widely, is going to be significant going forward over the next few weeks and months.”

Image: Dr Ben Milton has been leading the vaccine rollout in the village

Eyam is approaching the busy summer season. The Coolstone Restaurant opened just before the first lockdown.

Manager Emma Fletcher said: “We have to get back to society, back to a way of living with COVID. It’s not going away.

“And I think, you know, at the end of the day, it comes back to weighing up the odds of the pandemic versus society coping within the pandemic.”

Image: Emma Fletcher is the manager of the Coolstone restaurant

Even among friends enjoying a meal outside the restaurant, there is division about restrictions lifting and the emphasis on personal responsibility.

One diner said: “I think it’s being done too quick. I would have thought a staggered approach would make a lot more sense, and I do worry that the NHS system will get overloaded very quickly and then restrictions will get put back in.

“You can see it coming a mile off.”

But his friend disagreed: “I wouldn’t invalidate my friend’s views, but I think there’s been massive mass panic for very little… I do feel it’s time to open up, it’s been well over a year… we’re all sick of hearing about it.

“We’re going to have to learn to live with it, clearly we can’t lock down for the rest of our lives, or can we?”

Image: It was this church which spearheaded the lockdown last time

Back at the church, Rev Gilbert looked forward.

“I worry about what’s going to come, but also do rejoice in the lifting of restrictions, and I think I see that kind of conflicting kind of emotions in the whole of the village to a great extent,” he said.

“We love to welcome people here, but there is a nervousness of doing that. And certainly, after the last 18 months, where we’ve lived pretty much as our own.”

Some 350 years ago, Eyam reopened after 14 months in isolation. The crisis was over.

Was today the PM’s quickest U-turn yet? From Hancock’s downfall to Christmas bubbles, here’s how his latest reversal compares