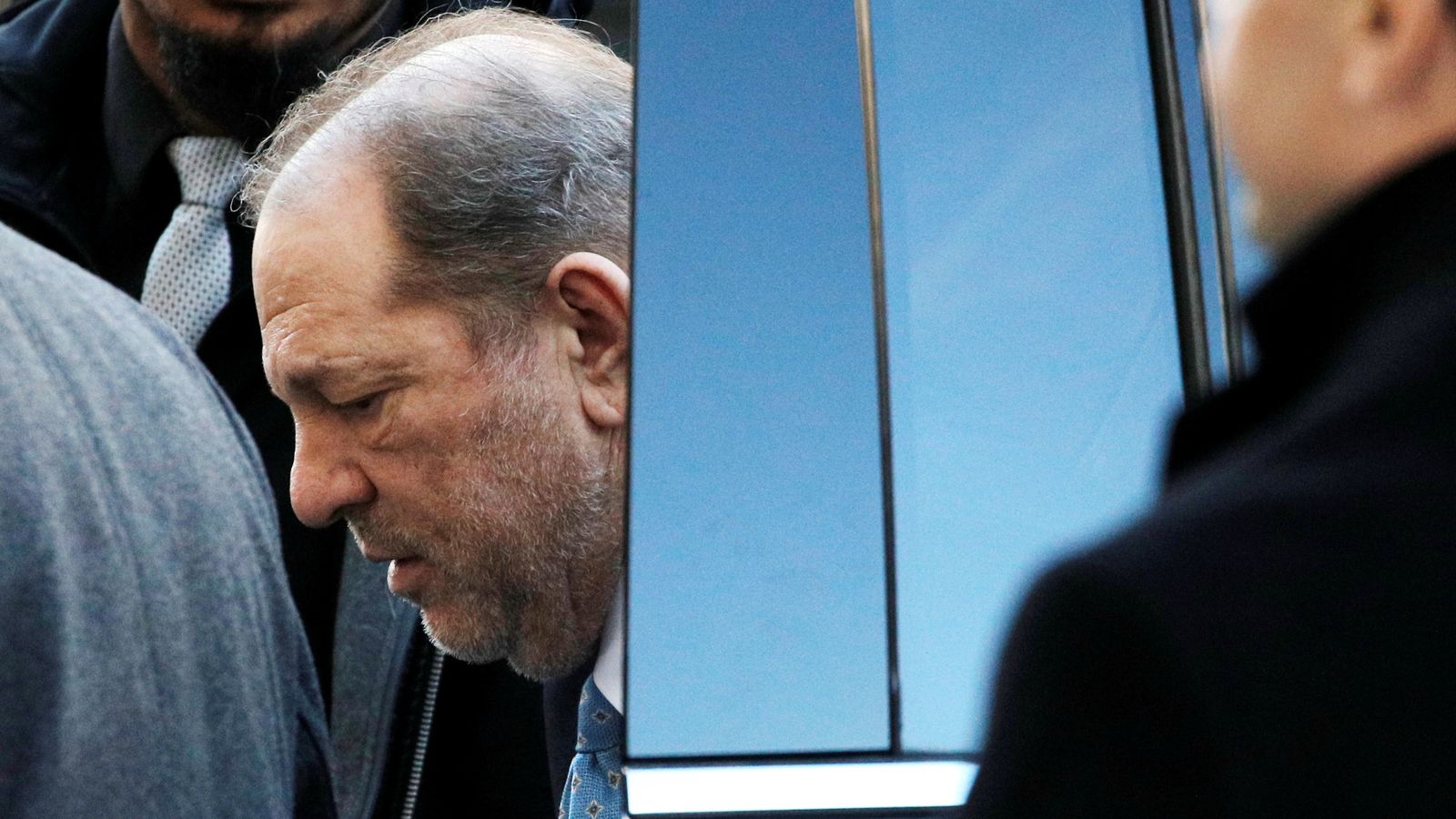 The former Hollywood producer was convicted and sentenced to 23 years in a New York prison last year for rape and sexual assault.

He is wanted for trial in Los Angeles, California, on charges of allegedly attacking five women between 2004 and 2013.

Image: Harvey Weinstein attends a hearing in New York in June 2021, when the judge paved the way for his extradition to California. Pic: AP

Prosecutors in Los Angeles had asked for the disgraced producer to be moved in July 2020 but it was delayed due to the COVID-19 pandemic.

Weinstein’s legal team attempted to block the extradition on health grounds and appealed the decision.

The 69-year-old had suffered from cardiac, dental and back problems but on 15 June Erie County Court Judge Kenneth Case dismissed his appeal, paving the way for Weinstein to be moved west.

“This morning at approximately 9.25 custody of Mr Harvey Weinstein was handed over to the appropriate officials for transport to the state of California per a court order,” the New York Department of Corrections said in a statement.

The Los Angeles charges include forcible rape, forcible oral copulation, sexual battery by restraint, and sexual penetration by use of force.

A New York judge has ruled Harvey Weinstein can be extradited to California to face rape and sexual assault charges.

If convicted, Weinstein could spend the rest of his life in prison.

His spokesman, Juda Engelmayer, said: “We will be fighting so that Harvey can receive his needed medical care and of course, so that he can be treated fairly.

“Due process, presumption of innocence and a fair trial are all still his right.”

Weinstein is also appealing his New York conviction and sentence and has denied having non-consensual sex with anyone.

Weinstein was one of the most powerful movie and TV producers in Hollywood before allegations by more than 80 women of sexual misconduct in 2017 led to criminal charges and fuelled the wider #MeToo movement.

He co-founded the Miramax film studio, whose hit movies included “Shakespeare in Love” and “Pulp Fiction.”

COVID-19: Katie Hopkins arrives in the UK after being deported from Australia