Amy Winehouse: ‘She was really full of life’ 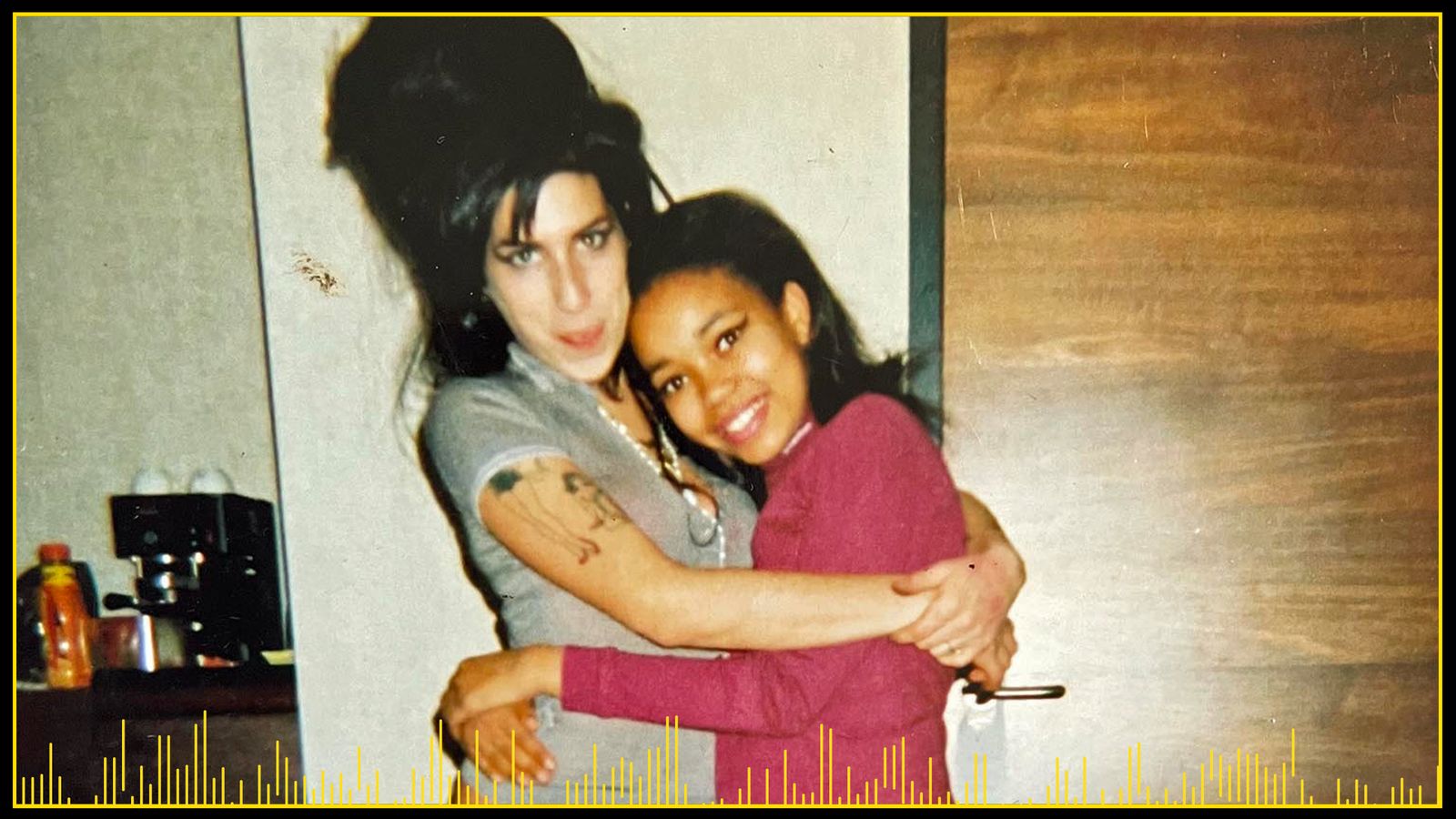 Three days before Amy Winehouse’s death from alcohol poisoning in July 2011, her goddaughter Dionne Bromfield, a 15-year-old singer, finished school for the summer and rushed to the Camden Roundhouse to perform.

It was her biggest gig yet, her friends were coming to watch and she was full of excitement. For a young singer dreaming of a career in music, just like her “Aunty Amy”, it was a big day.

Amy Winehouse turned up unexpectedly to support her, their moments together onstage captured by someone in the crowd, filming on a mobile phone.

This would be the superstar’s last public performance.

As I watched the grainy mobile phone footage later, for me this was the stand-out moment of all the news coverage around Winehouse’s death – she’s so evidently falling apart but trying so desperately to be there for her goddaughter.

Dionne Bromfield has shared her story from that night in On Stage With Amy Winehouse, the latest episode of StoryCast ’21 – a Sky News podcast series telling 21 stories from the year 2000 to 2021.

It was a sunny day but I was sitting in a windowless newsroom, working a 12-hour shift, and the world was also reacting to the tragedy of the horrific terror attack in Norway the previous day. It was a call I won’t forget.

Winehouse had been found in bed at home by a bodyguard with two empty vodka bottles by her side, bringing to a tragic end her very public struggle with drug and alcohol addiction. She was just 27.

Breaking the news and witnessing the outpouring of grief that followed felt unprecedented at the time, I remember a little girl with beehive hair laying flowers outside her house in Camden Square, alongside crowds in tears, Winehouse’s dad Mitch, and tributes from Mark Ronson and Kelly Osbourne; visibly stunned.

Covering celebrity deaths is part of the job as an entertainment journalist, but this was no ordinary pop star; when Winehouse died, everyone had an opinion.

People were devastated, her fragility so profound, and tears turned to anger and blame; tragedies such as this can often turn toxic as grief mixed with the spotlight takes its toll.

We wanted to find out about the real Amy Winehouse.

But I didn’t call the one young woman who knew the singer like no one else. The Amy behind the icon. Behind the headlines. Behind the instantly recognisable beehive, eyeliner and tattoos. The “Aunty Amy”.

Dionne Bromfield, now 25, was Amy’s goddaughter and musical protégé. The one who “Amy always put her best self forward to”.

“I kind of looked at her as a mother and a big sister… Aunty Amy, I mean, she loved it when I called her that.”

When Winehouse set up her own record label Lioness, Bromfield was her first signing. She helped her launch her first album, even joining her on Strictly Come Dancing as a backing singer to support her launch.

“She just had a really, really close bond with me from a young age. My mum noticed that, and Amy really wanted to kind of take me under her wing musically and just on a personal level,” she tells me during Onstage With Amy Winehouse.

“Amy was, like, made to be an amazing mum and an amazing wife. That was like her thing and her purpose for life… She loved to cook. She cooked meatballs all the time,” Dionne laughs. “They weren’t the best…

“She was a really simple girl. And it’s just everything around her was amplified and massive and big. So, yeah, the Amy I know is a loving, caring, funny and an extremely talented person. All the other stuff is just noise.”

At the time of Winehouse’s death, it didn’t feel right to approach a 15-year-old to pay tribute. But it seems a decade on, Bromfield is ready to talk about her Aunty Amy. I meet her at the Jazz After Dark club in Soho, a favourite bolthole of Winehouse and now something of a shrine to her, the walls covered in her portraits.

Bromfield notices one painting of the icon, in which she is wearing a pair of earrings she lent her during a shopping trip.

“She was like ‘oh, I don’t have any earrings and I really like your earrings. Can I wear yours… please?’ I never saw them again. God knows where they are now.”

Walking into the dark club from the bright sunshine, Bromfield is incandescent. Like many young women in the music industry now, she seems switched on but refreshingly transparent. In many ways the antithesis of the Amy Winehouse as painted by the paparazzi, but simultaneously somehow strikingly similar.

Image: Winehouse was like a mother, sister and friend to Bromfield

Cast your mind back to the Amy Winehouse who burst on to the scene in 2003, the one I remember first seeing in her music video for Stronger Than Me: fantastically unpolished, sassy and mischievous. The similarities with her goddaughter are obvious.

Bromfield says she remembers the last time she saw her godmother, the time they shared together on stage, “so vividly”.

“She came out for Mama Said, which was one of her favourite songs of mine, and she had a little dance, a little bit of backing vocals and then walked off.”

Bromfield says it has taken a long time to process Winehouse’s death. She was performing at a festival in Wales a few days later when the news broke.

“I remember going, okay, and carried on doing what I was doing, it didn’t really make sense in my head. It didn’t register. And I just kept on getting dressed to go and do my gig. It was more like, I literally saw her three days earlier and she was so positive she was glowing and everything. How are we going from this, to this?”

Winehouse had released her first album, Frank, in 2003. In 2005, she met Blake Fielder-Civil, whom she married in 2007. It was a marriage, she would later admit, based on taking drugs.

Yet in 2006 she released her critically acclaimed second album Back To Black, which would go on to become one of the UK’s biggest selling albums ever. It was the heartbreak of the record, many of the songs about Fielder-Civil, which resonated.

The contrast between her sultry and striking talent as a singing sensation and the depths of her darkness is perhaps what has come to define her legacy.

Image: Bromfield joined fans who had laid tributes for Winehouse in July 2011 Image: Tributes were laid near Amy Winehouse’s home after her death

At the time I remember people described a sense of inevitability about the death of Winehouse. In interviews, her father Mitch had said he had feared the worst might happen.

But Bromfield says there was nothing inevitable about it.

“To me, it didn’t feel like something that was on the cards,” she says. “She was really full of life that night. So, yeah, it was not a person who had given up on life.”

The fact she hadn’t given up, and still had so much more to give, is perhaps why Amy Winehouse will continue to be remembered.

And for Bromfield, her godmother, her musical mentor and “Aunty Amy”, will always be a part of her future, as well as her past.

You can listen to On Stage With Amy Winehouse and the rest of StoryCast ’21 by clicking here.

‘People were desperate to enjoy themselves again’: Latitude Festival returns and 40,000 fans are ready