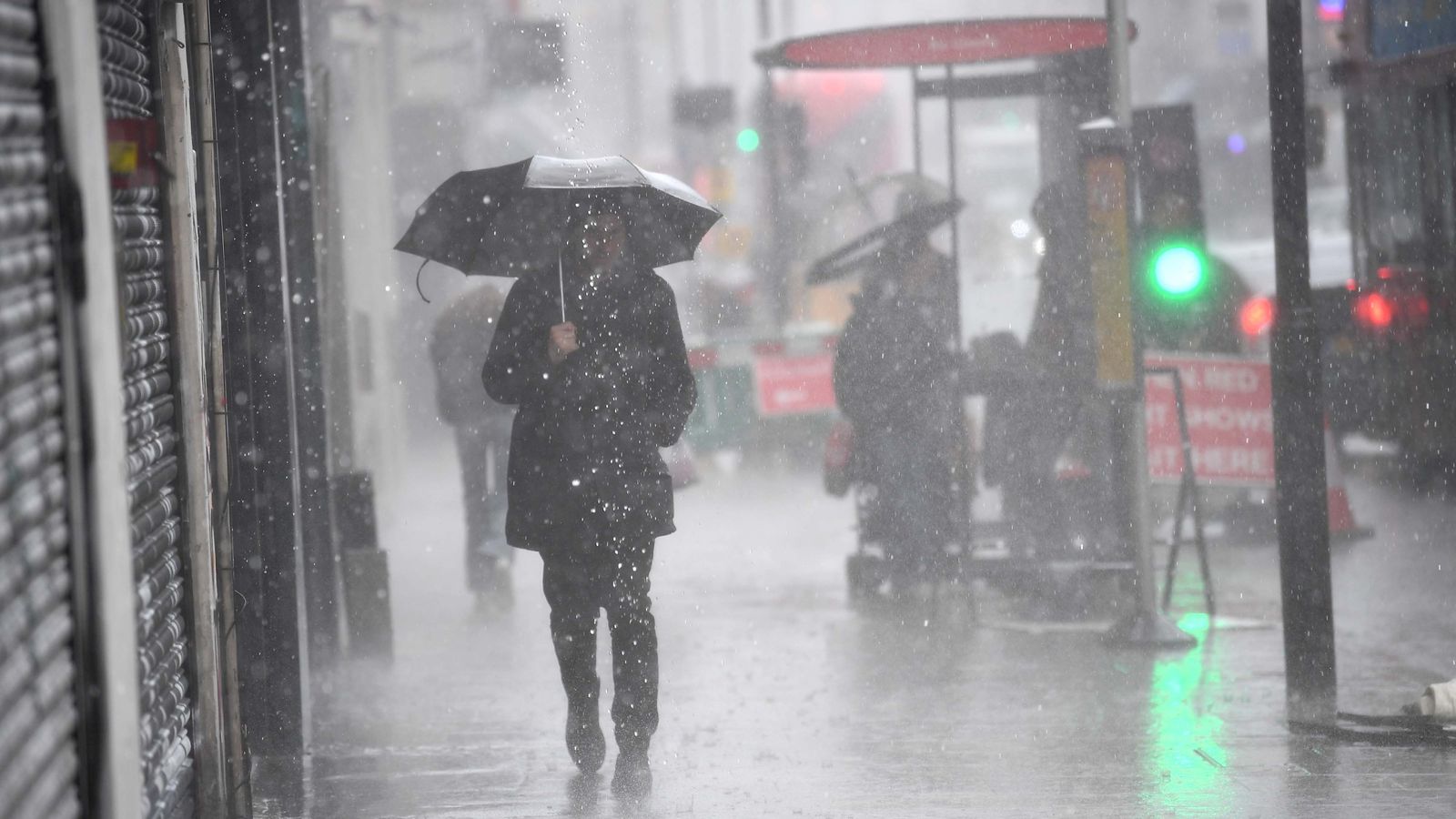 The UK’s heatwave is set to come to an abrupt end with torrential rain forecast in places this weekend and weather warnings issued for thunderstorms and strong winds.

Around six million leisure journeys are expected to take place between Friday and Sunday, according to the RAC, as people look to make the most of the summer.

However, days of record-breaking temperatures are set to cease with unsettled winds and thundery showers expected in parts of the country.

The Met Office has issued yellow weather warnings for storms in southern England and Wales, and parts of the Midlands from late Friday until midnight Sunday.

A yellow warning for wind, in place from 3pm to midnight on Friday, says gusty winds were likely to bring disruption to those camping or in caravans.

Ferry services could also be delayed and coastal stretches will see large waves and sea spray thanks to winds of up to 55mph.

Thundery showers are expected throughout Saturday and especially Sunday, which could be widespread and torrential in places.

Some areas could see up to 50mm (2in) of rain in an hour on Saturday, while up to 100mm could fall in some spots on Sunday.

There is a risk of flooding, lightning, hail, road closures and hazardous driving conditions, the Met Office said.

Some 40,000 music fans are at the Henham Park estate this weekend for the festival which is part of the government’s Events Research Programme, meaning fans will have to show they have been vaccinated twice or tested negative for the virus.

Those in northern parts of the country will have more settled weather this weekend, with warm temperatures – although it will be colder than it has been.

David Oliver, from the Met Office, said: “This yellow rain warning comes as temperatures are set to dip for many areas over the weekend.

“A spell of rain, heavy in places perhaps with some thunder, moves in from the South West late on Friday and into Saturday.”

Image: People enjoy the weather on Bournemouth beach in Dorset earlier this week

It follows days of record-breaking temperatures which saw the Met Office issue its first ever extreme heat warning for parts of the central and southern England, Wales and Northern Ireland.

Things changed in East of England on Tuesday, with the area experiencing heavy rain and hail storms.

Meanwhile, the scorching 31.4C experienced in Armagh at 3.20pm on Thursday is Northern Ireland’s highest temperature on record – with the chance of the figure being broken yet again on Friday.

And there could be a second heatwave on the way.

The Met Office has predicted an unsettled start to August but says high pressure is set to become “dominant” in the middle of the month leading to “above-average temperatures”.

A long-range weather forecast says: “Into early August, warmer and drier-than-average conditions look likely to return for much of the UK.”

“By mid-August confidence becomes rather low, but with changeable conditions most likely.

“Above-average temperatures continue to be signalled for much of the period, perhaps becoming very warm or hot at times in the south.”

Boris Johnson’s two years as PM: A casual relationship with the truth and a disdain for the rules