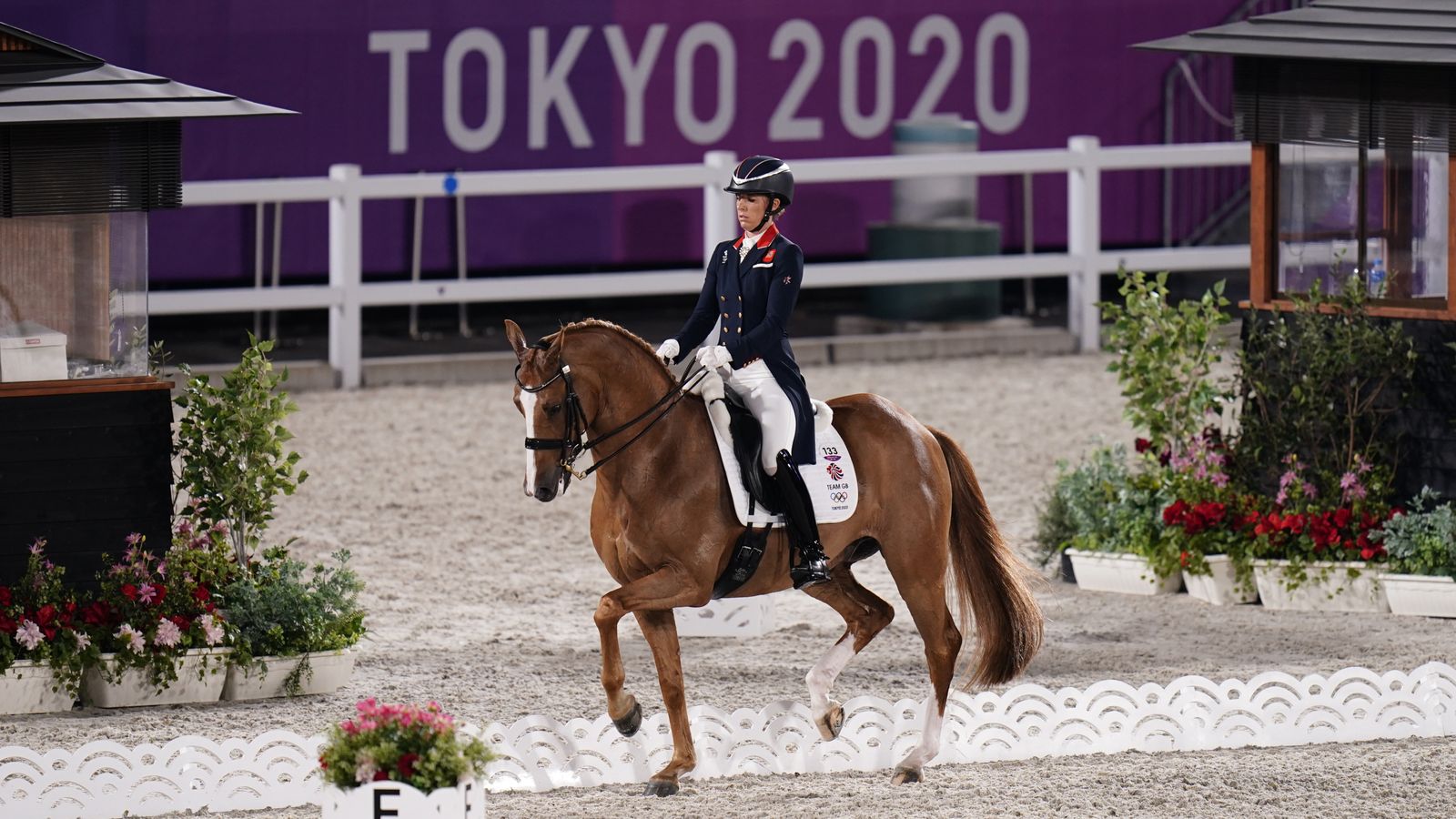 Charlotte Dujardin has become the most decorated British female Olympian ever after winning bronze in the individual dressage.

She scored 88.543 with her new horse Gio to secure the third-place prize at the Tokyo Equestrian Park on Wednesday.

The medal is Dujardin’s sixth in the Olympics, surpassing Katherine Grainger’s record of five, which she had equalled with another bronze in the team final on Tuesday.

Reflecting on her achievements after the competition, she said: “It’s just so surreal.

“People say it, and I can’t quite believe it. Being level with Katherine Grainger was good enough, and now I have beaten her. It’s incredible, and I can honestly say I am proud of myself.”

Her teammate Carl Hester, who was competing in his sixth Games, missed out on the medals in eighth place, while Charlotte Fry finished 13th.

Dujardin now has three Olympic golds, one silver and two bronzes to her name.

She was vying to become the first British woman in history to win three golds at three consecutive Games, having coming first in the dressage in London and Rio.

But despite an impressive performance, her hopes of the top prize were dashed when von Bredow-Werndl got an unbeatable score of 91.732.

Dujardin’s bronze came after further Team GB glory in the early hours of Wednesday, with a gold in the men’s 200m freestyle relay.

Commenting after the win, Scott said: “It’s really special with these boys. Matt in third was so composed and the boys up front executed the race plans really well. So close to a world record in the end – if anything I’m a bit gutted.”