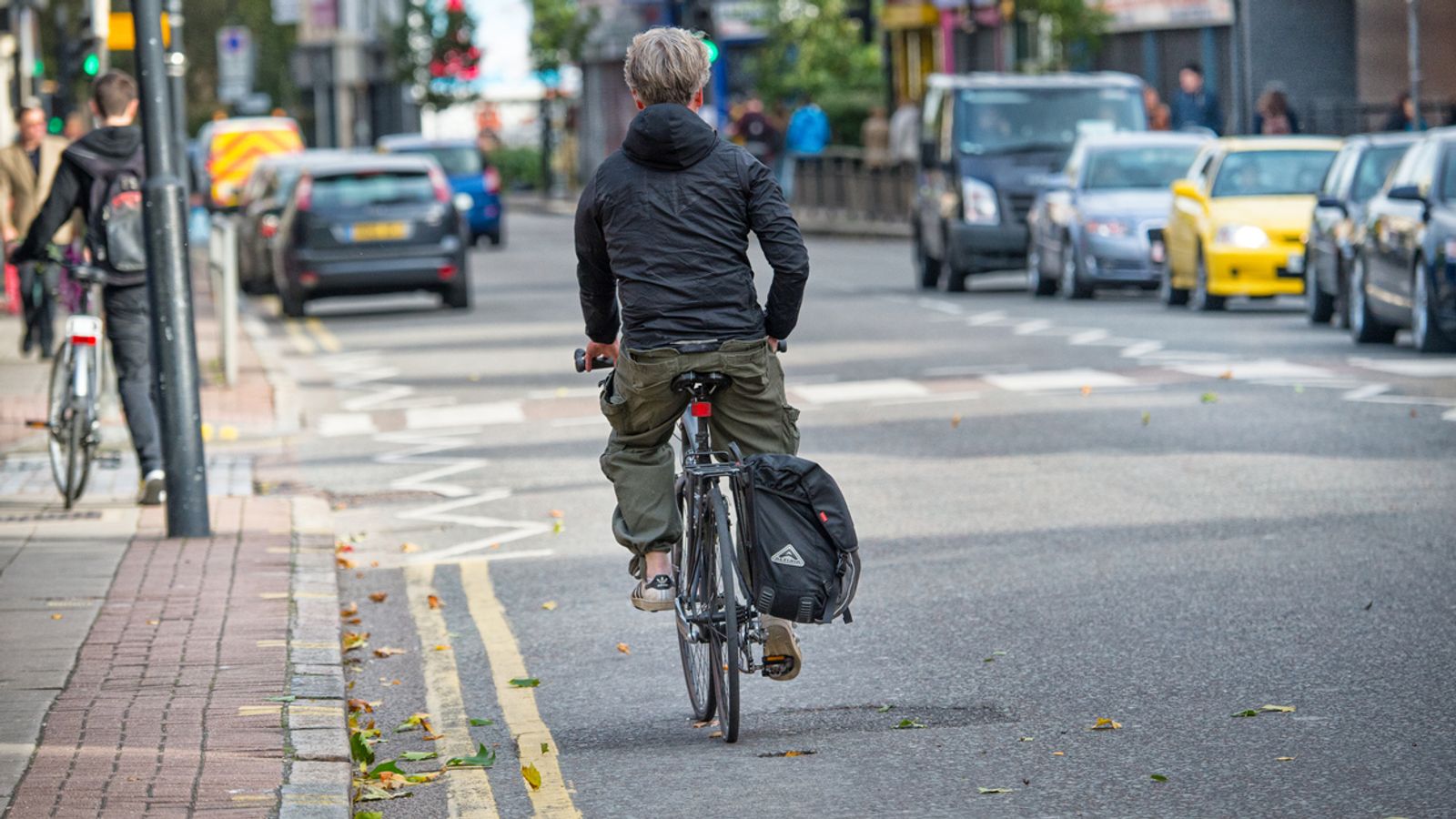 New changes to the Highway Code will create a “hierarchy of road users” in a bid to boost the safety of pedestrians and cyclists.

Transport Secretary Grant Shapps announced the updates, to be included in a new version of the Highway Code being published in the autumn, as part of a £338m package to boost cycling and walking.

In an effort to capitalise on the walking and cycling boom during the COVID pandemic, the government will also boost funding for the construction of hundreds of miles of new cycle lanes, improvements to the National Cycle Network, and the delivery of new schemes to encourage walking.

Image: A new version of the Highway Code will be published in the autumn

The planned changes to the Highway Code include:

• A hierarchy of road users that ensures road users who can do the greatest harm have the greatest responsibility to reduce the danger they may pose to others
• Strengthened pedestrian priority on pavements and at zebra crossings
• Guidance on safe passing distances and speeds and ensuring that cyclists have priority at junctions when travelling straight ahead.

It is understood the “Dutch reach” method for opening vehicle doors will also be included among the changes, as has been proposed by cycling campaigners to prevent cyclists being hit by opened doors.

This will see vehicle drivers and passengers urged to use their far hand to open a door, rather than the hand closest to the door, thereby requiring them to swivel and encouraging them to look behind for any oncoming traffic.

Mr Shapps said: “Millions of us have found over the past year how cycling and walking are great ways to stay fit, ease congestion on the roads and do your bit for the environment.

“As we build back greener from the pandemic, we’re determined to keep that trend going by making active travel easier and safer for everyone.

“This £338m package marks the start of what promises to be a great summer of cycling and walking, enabling more people to make those sustainable travel choices that make our air cleaner and cities greener.”

Cycling UK, who have been consulting with Mr Shapps’ department on the proposed changes to the Highway Code, described the updates as “long overdue”.

The charity’s head of campaigns, Duncan Dollimore, told Sky News: “The Highway Code should look to reinforce behaviour which reduces the danger we pose to other road users and protects those most at risk, so rules which place greater responsibility on people driving larger vehicles are long overdue.

“While we all have responsibility for our own behaviour, a bus driver’s failure to pay attention carries far greater risks to others than a pedestrian’s, so of course those in charge of larger vehicles should bear greater responsibility.

“Hopefully, these changes will herald a change in attitude where the first question in any road safety conversation is how we reduce danger, not how people protect themselves from it.”

Image: The COVID pandemic prompted a walking and cycling boom

The announcement was also welcomed by walking charity Living Streets, which says the proposed changes will “redress the balance” of road user responsibility.

Stephen Edwards, the charity’s interim chief executive, said: “The Highway Code currently treats children walking to school and lorry drivers as if they are equally responsible for their own or other people’s safety.

“These changes will redress that balance.

“People walking cause the least road danger but are often left paying the price.

“Road users who have potential to cause the greatest harm should take the greatest share of responsibility to reduce the danger they pose.

“Whether we choose to also drive or cycle, we are all pedestrians. These proposed revisions will benefit us all.”