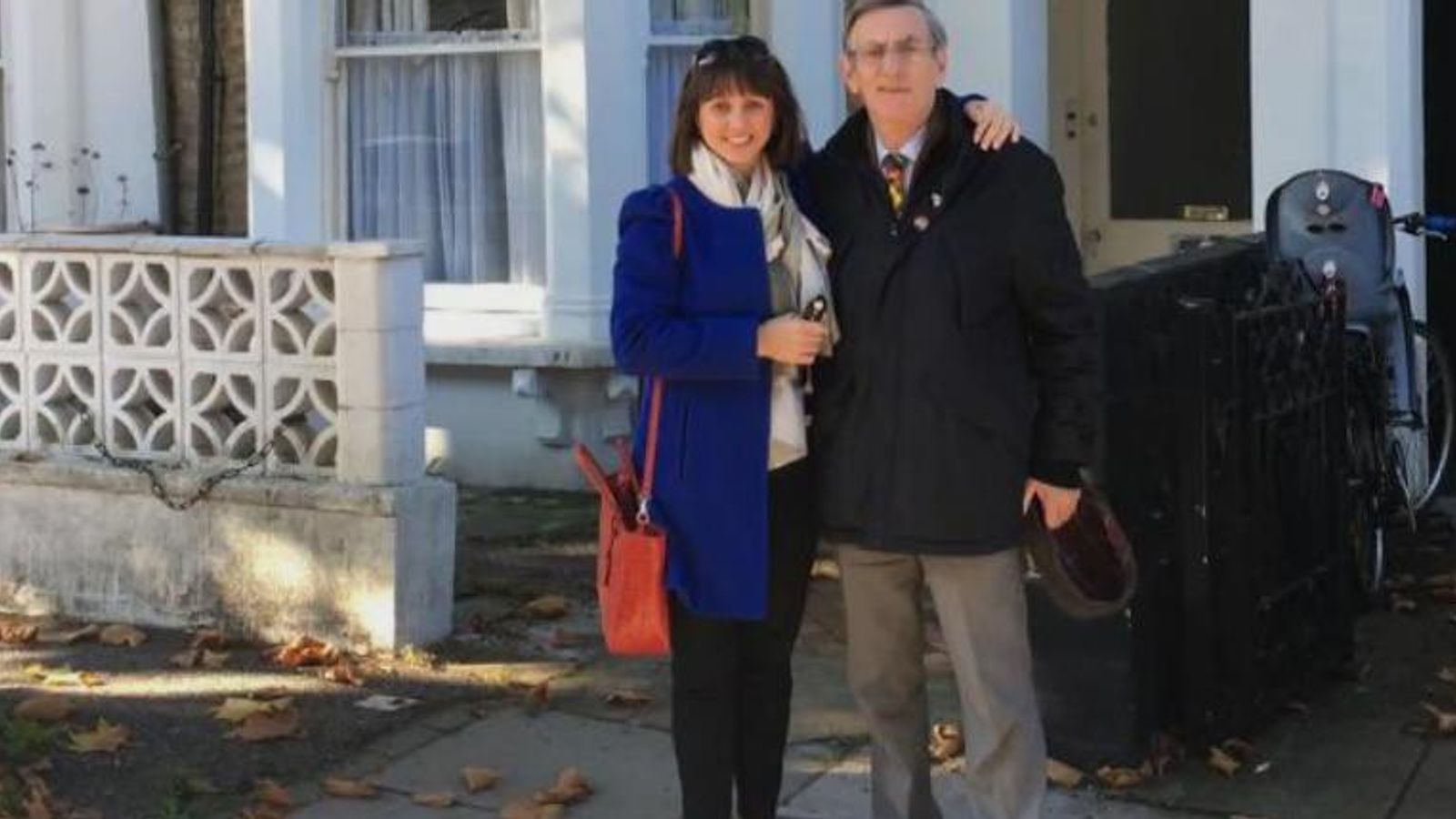 A Scottish woman forced to stay in hotel quarantine while her dying father is in hospital has condemned the rules as “cruel” and “indefensible”.

Claire Herriot flew to Scotland from Turkey on Tuesday after doctors said her father, Gordon, 75, had major organ failure and was approaching the end of his life.

Despite being double-vaccinated and having two negative coronavirus tests, the 39-year-old was initially told she could not see him.

Image: Gordon Herriot has been admitted to a hospital in Glasgow

Ms Herriot, who works in Istanbul as a producer for a Turkish news channel, was eventually let out for a four-hour “compassionate visit” on Wednesday that she said left her and her father devastated when she had to leave.

“My dad was very confused about why I had to leave the other day and that was heartbreaking,” she told Sky News. “And when I got back from that visit, I was very distressed.”

After “unnecessarily stressful and protracted” email exchanges with the Scottish government’s managed isolation team, she has now been granted another two visits.

“My big fear now is that I’ll be stuck in this hotel, unable to leave if my father dies before the seventh of August, before this quarantine is up,” she said.

While she is “grateful for the visits”, she said she did not understand why the process had to be so difficult to get them.

Ms Herriot said the experience had been “traumatic” and triggered a mental health crisis, which she explained in a letter to the Scottish government requesting permission to leave quarantine on these grounds.

Her appeal has so far been denied.

“This situation is an absolute disgrace,” she wrote, adding: “The rules are cruel, arbitrary and logically indefensible.”

After her first request to see her father was denied, she contacted her GP, four lawyers, Kilmarnock sheriff court and advisers to Humza Yousaf, the health secretary, to seek an exemption and was eventually given permission.

She said she found it hard to accept that quarantine rules were there to protect people given that restrictions were being eased in many other ways.

She said: “It’s difficult to understand when thousands of football fans travel from Scotland to London, when there’s nightclubs open in London, and it seems to me that the prime minister’s policies is just ‘let it rip’, but I’m being locked away like a biohazard when it doesn’t need to be this way.”

“I don’t understand where the compassion has gone”, she added.

Tory MSP Annie Wells told the Daily Record there were “clear grounds for the government being flexible on a case like this”.

“This is a heartbreaking story and SNP Ministers must step in urgently,” she said.

Sky News has contacted the Scottish government for comment.

A spokesperson previously told the Scotsman: “International travel restrictions including the use of managed isolation remains necessary to limit the importation of the virus and variants of concern.

“Ms Herriot was provided with a visit to see her father upon arrival in Scotland and we are more than willing to facilitate a visit plan to enable Ms Herriot to visit her father on subsequent occasions.

“We have said Ms Herriot may visit her father upon day two and eight provided she has negative test results.”

However, they said “the current regulations require that persons authorised to make end-of-life visits must return to managed isolation following the visit”.