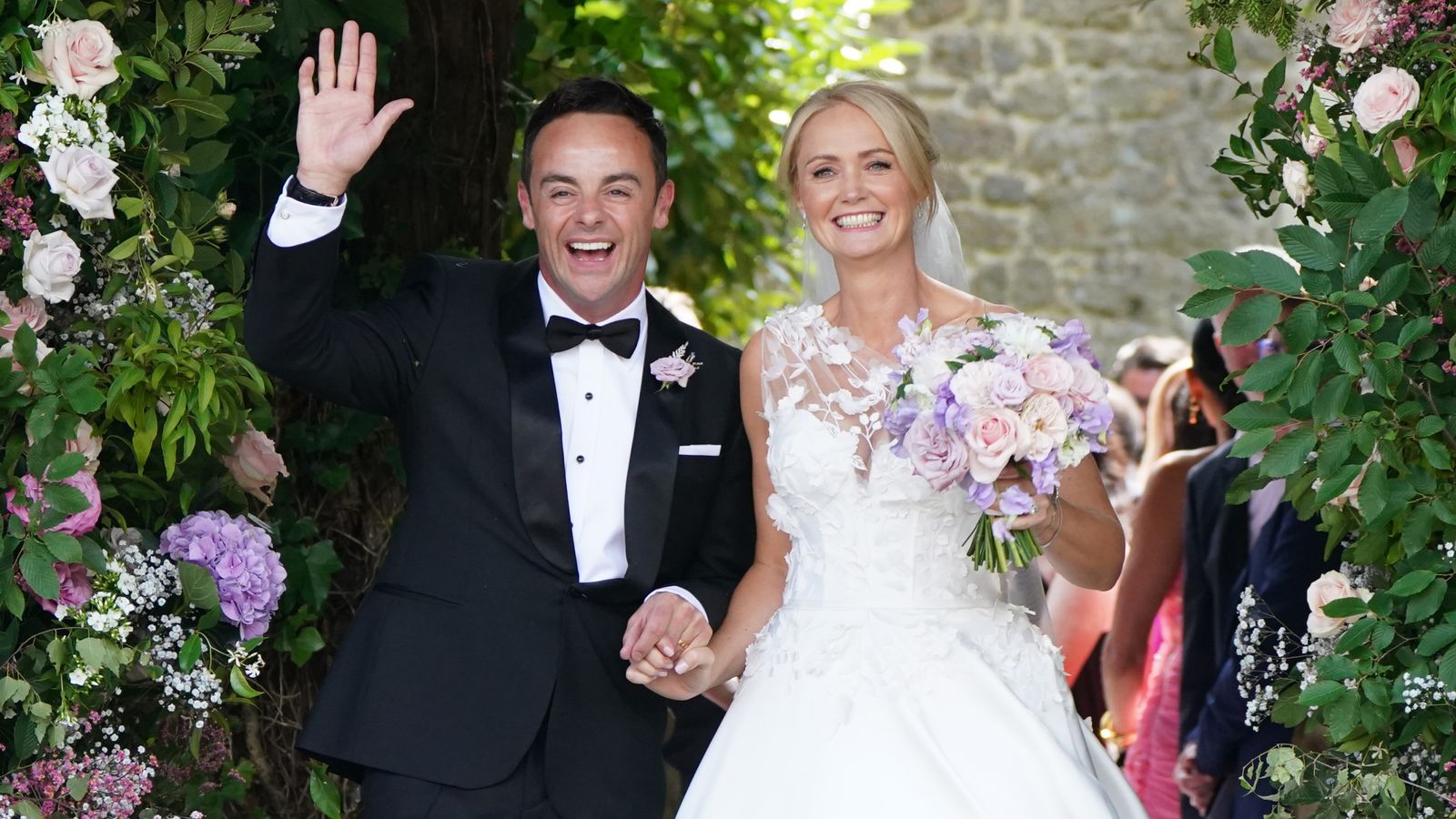 The newly married couple were pictured smiling as they left St Michael’s Church in Heckfield, Hampshire, after their wedding ceremony on Saturday.

They were surrounded by family and friends before posing for photographs underneath a decorative floral arch.

Image: The couple greeted the crowds after the ceremony Image: While Ant greeted fans beforehand alongside best mate Declan Donnelly

Crowds cheered as they waved on their way out of the venue, departing in a black Rolls Royce.

Ahead of the ceremony, a slew of celebrity guests were pictured arriving at the church.

McPartlin, 45, posed for photos with his TV partner and friend Declan Donnelly, 45, outside the building.

The pair, known as Ant and Dec, wore matching dinner suits and smiled as they greeted fans gathered outside.

A reception after the wedding is taking place at a nearby luxury hotel, where guests will be staying.

Image: Phillip Schofield was among the star guests pictured outside the church

More than a dozen fans headed to the venue to stand outside in order to catch a glimpse of the stars.

Britain’s Got Talent and I’m A Celebrity… Get Me Out Of Here! presenter McPartlin has been with his fiancée since 2018, with the pair getting engaged on Christmas Eve in 2020.

Image: Frank and Christine Lampard were also among the guests for the couple’s big day

They got together after he separated from make-up artist Lisa Armstrong, his wife of 11 years, earlier in 2018.

According to reports, McPartlin and Corbett had initially been planning to marry abroad.

However, they eventually decided to host the ceremony in the UK because of the COVID-19 pandemic.

Image: The BGT presenter was in high spirits upon leaving the church

Corbett, who previously worked as McPartlin’s personal assistant, has two daughters from her relationship with ex-husband Scott Corbett.

McPartlin, from Newcastle-upon-Tyne, has described her as his “rock” after she supported him following his 2018 drink-driving arrest and stint in rehab.