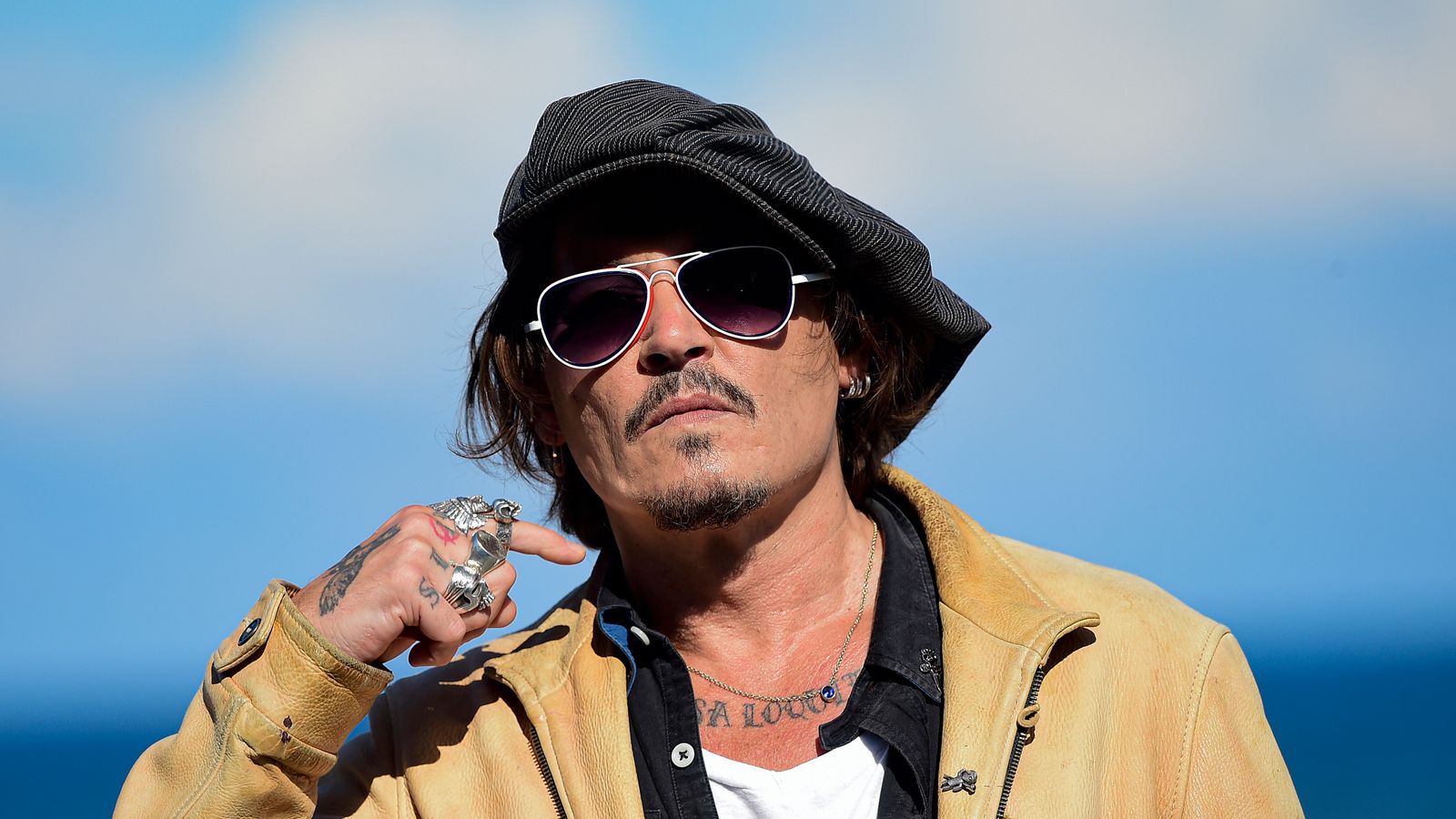 Johnny Depp is set to be given a lifetime achievement award from a major film festival in Spain.

The 58-year-old actor will receive the Donostia Award at next month’s San Sebastian festival, its highest honour, with organisers calling him “one of contemporary cinema’s most talented and versatile actors”.

They add Depp “has played writers, undercover cops or outlaws, almost always misfits” during his varied, and often controversial, career.

November 2020: Why Depp lost his libel case against the Sun

The likes of Ian McKellen, Glenn Close and Julia Roberts are among those who have previously been given the award.

Depp lost a libel case last year against The Sun newspaper, after a judge found that allegations calling him a “wife beater” were “substantially true”, ruling that he had assaulted ex-wife Amber Heard on a number of occasions, causing her to “fear for her life” three times.

The Pirates Of The Caribbean star was told he would not be able to appeal the decision.

Shortly after the ruling, Depp said that Warner Bros had asked him to step away from his role in the Harry Potter spin-off franchise Fantastic Beasts.

He was replaced in the role of Gellert Grindelwald by Mads Mikkelsen.

Depp also performs in the rock band Hollywood Vampires alongside Alice Cooper and Aerosmith guitarist Joe Perry – but UK tour dates have recently been pulled due to the ongoing pandemic-enforced travel restrictions.

The actor is known for appearing in classic films such as Edward Scissorhands, Charlie And The Chocolate Factory and Corpse Bride.

Prince Andrew: What are the ‘factual allegations’ stated in Virginia Giuffre’s lawsuit?