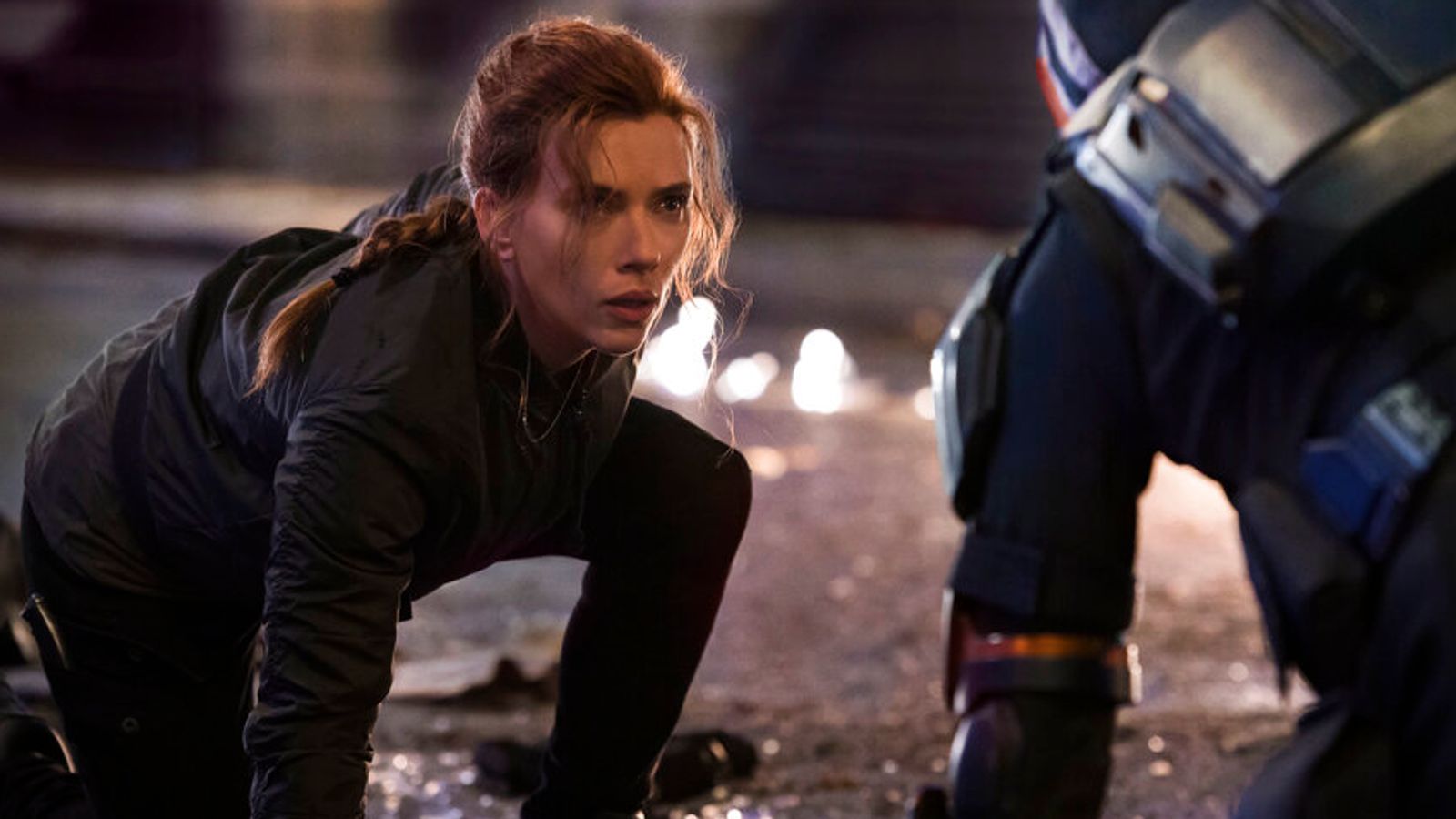 The head of Disney has defended his company’s multi-platform release of Black Widow, after its star Scarlet Johansson began legal action for breach of contract.

Johansson has played Black Widow and her alter-ego Natasha Romanoff since her first appearance in the Marvel franchise in 2010’s Iron Man 2.

She says that the contract for her character’s stand alone film Black Widow guaranteed an exclusive cinema release, and that streaming it on Disney+ has meant she has lost millions of dollars in earnings.

Marvel Studios is owned by Disney, with films streaming exclusively on Disney+ – but usually after a cinematic release.

Disney hit back at the actress at the time, saying she had a “callous disregard” to the impact of the COVID-19 pandemic.

Now, Bob Chapek, Disney’s CEO, told an earnings call with investors on Thursday night that the “unpredictable” nature of the ongoing global health crisis meant his company needed to be flexible when it came to film releases.

Black Widow was the “the top performing film at the domestic box office since the start of the pandemic” when it was released, Chapek said, adding he and Disney chairman and predecessor Bob Iger agreed with the schedule.

Chapek said: “Both Bob Iger and I, along with the leaders of our creative and distribution teams, determined this was the right strategy because it would enable us to reach the broadest possible audience.”

Speaking to analysts from Wall Street, he said that “distribution decisions are made on a film-by-film basis”, based on consumer behaviour and the market conditions.

Without mentioning Johansson by name, Chapek said that the payments agreed with its talent are fair.

“We’ve figured out ways to fairly compensate our talent so that no matter what the business model is that we have to go to market with, everybody feels satisfied.

“And I will say that since COVID has begun we have entered into hundreds of talent arrangements with our talent and by and large they have gone very, very smoothly.

“So we expect that that will be the case going forward.”

Elsewhere in the call, the entertainment monolith revealed it now has 116 million Disney+ subscribers, which is around double what it was 12 months ago.

By comparison, Netflix has around 205 million subscribers.

Image: The company’s theme parks have helped it swing back into profit. Pic: AP

The company also said it had fallen back into profit in the most recent financial quarter, in large part due to the reopening of all its theme parks – with the sites in US slowly moving back to full capacity.

Cementing its ownership of the Marvel franchise, the company opened the Avengers Campus at its Disneyland California Adventure Park earlier in the year, with work under way at the Walt Disney Studios Park in Paris for a similar attraction.