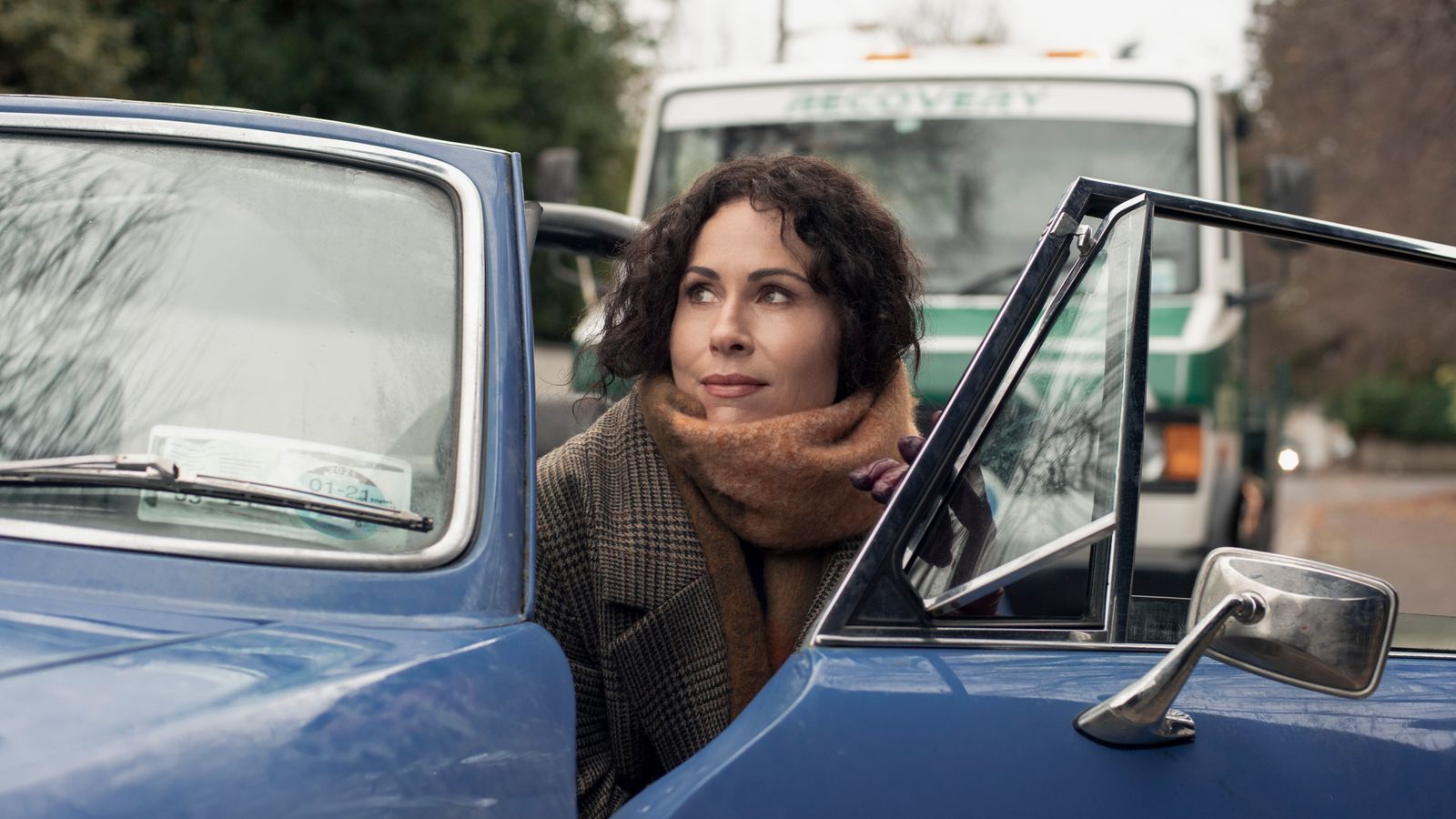 Minnie Driver’s latest role saw her heading back to where her career first began.

The star shot her episode of anthology series Modern Love in Ireland, which is where her breakout role in 1995 film Circle Of Friends was filmed.

But she told the Sky News Backstage podcast it also saw her returning to a dramatic role, which is something she’s not done in a while.

“It just reminded me how much I love doing drama,” Driver said. “I’ve been doing comedies for the last six or seven years.

“I really loved it, and I really felt like I got to kind of flex my muscles, and it reminded me that I want to do more of that.”

Modern Love is based on a beloved New York Times column, which sees writers submitting essays on relationships, feelings, betrayals and revelations.

Driver’s story – called On a Serpentine Road, With the Top Down – sees her playing a doctor who feels connected to her late husband whenever she’s in her vintage car.

As all Modern Love essays are based on true stories, it’s impossible not to feel sympathy for the real couple who inspired the episode.

“I’m just thinking about how unfathomably hard it must have been for those two people to have arrived at the point where he’s saying, this is where I want you to lay my ashes to rest,” Driver said. “It gives me goosebumps. It’s so painful and beautiful – but, you know, like life.”

The actress has her own recent experience with grief after losing her mother in March.

She says the episode she filmed for Modern Love took on a special significance as it was her mum she was talking to during the driving scenes, as she had her on a video call while shooting.

“She was there on the seat next to me on FaceTime, but I told her to be quiet when we were rolling because [John] Carney [the showrunner] didn’t know how much of the dialogue he was going to use.

“So I was having a conversation with my husband, I wasn’t talking to mum, but she was right there. And in between takes, I was chatting to her and she saw me do the whole thing, she was in the car with me.

Image: Driver, pictured at the Modern Love premiere, says she has enjoyed acting in a dramatic role. Pic: Evan Agostini/Invision/AP

For Driver’s character, the car is a connection to the man she’s lost. The actress says the idea of having a physical possession that has a spiritual meaning is one she really “respects and understands”.

“For time immemorial human beings have needed totems,” she said. “Whether it’s through meditation or religious artefacts, there are things that we assign meaning to, to help, I think, physicalise the stuff that we feel inside, the stuff that is more etheric in our lives.

“It’s a way of focusing all of that stuff on to something that is tangible, that you can see and feel and touch, and particularly if you’ve lost somebody, those things become so precious to you and become your connection to that person.”

Modern Love is streaming on Amazon Prime Video – hear our review and more from the interview on this week’s episode of Backstage, the film and TV podcast from Sky News.

CODA: This film focuses on the only hearing member of a deaf family