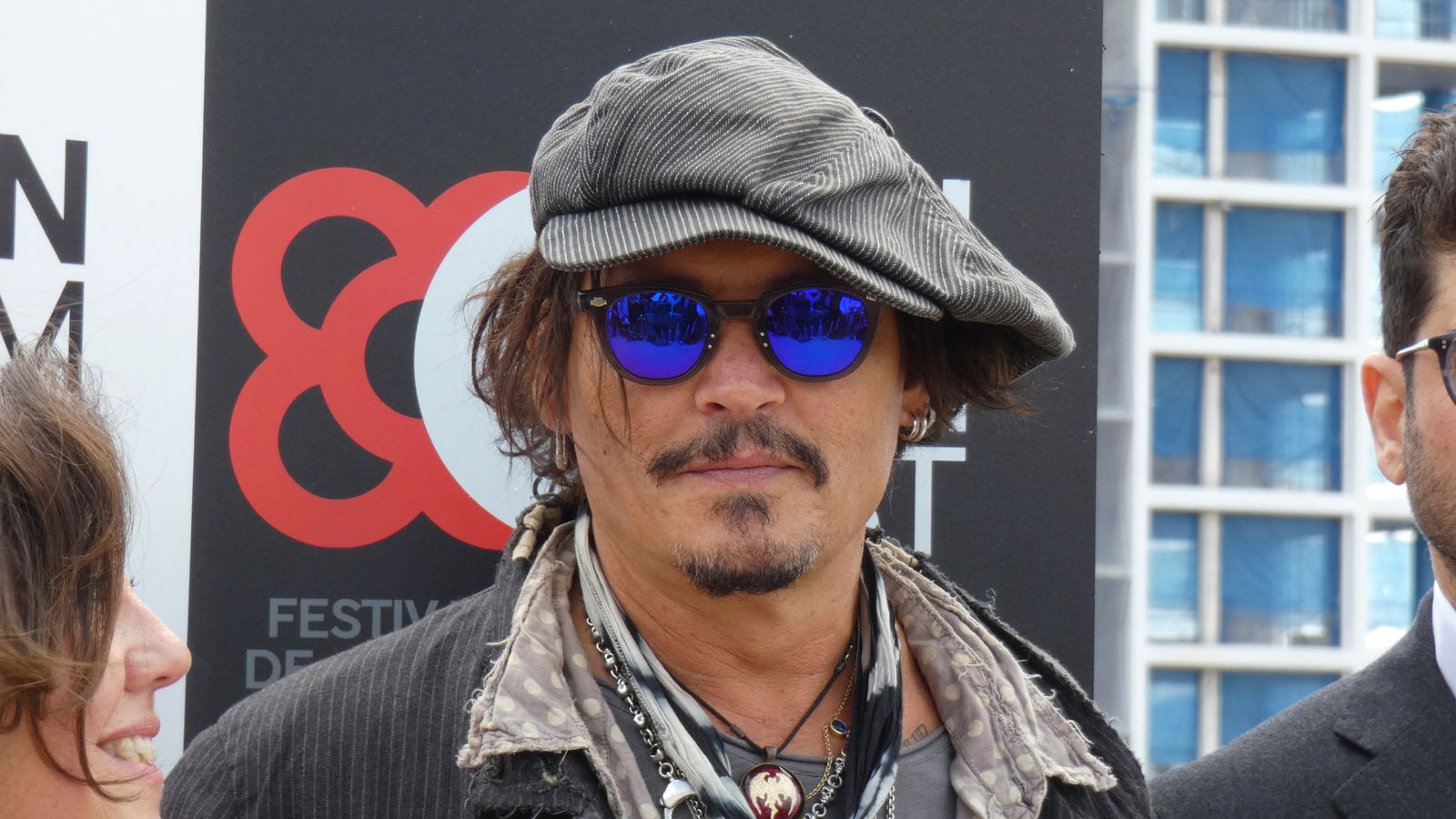 Johnny Depp has said he has been through “an unpleasant and messy situation” and is facing a Hollywood “boycott” after losing his high-profile libel case against The Sun newspaper, according to a new interview.

Following a three-week trial in 2020, a judge found that allegations calling Depp a “wife beater” in the newspaper were “substantially true” and ruled that he had assaulted his ex-wife Amber Heard on a number of occasions, causing her to “fear for her life” three times.

The Pirates Of The Caribbean star was told following a later hearing that he would not be able to appeal the decision.

Image: Depp, pictured outside the High Court during his libel trial against The Sun in 2020, lost the case and has been refused permission to appeal

While the allegations involved assault, it was not a criminal trial – Depp was suing The Sun – so the actor has not been found guilty of any criminal offence. However, shortly following the judge’s ruling he was dropped by Warner Bros from the Harry Potter spin-off franchise Fantastic Beasts, and replaced in the role of Gellert Grindelwald by Mads Mikkelsen.

Now he has given his first interview since the case, speaking to The Sunday Times to promote his new film Minamata, about the real-life story of a war photographer documenting the mercury poisoning of Japanese villagers in the early 1970s.

Depp, 58, faces another legal battle in the US in 2022 – a $50 million defamation lawsuit against Heard over a Washington Post opinion piece on domestic abuse – so said he could not talk about the court case.

However, when speaking about Minamata, he reportedly alluded to his situation.

“Some films touch people,” he said, according to The Sunday Times. “And this affects those in Minamata and people who experience similar things. And for anything… for Hollywood’s boycott of, erm, me? One man, one actor in an unpleasant and messy situation, over the last number of years?”

He then added: “But, you know, I’m moving towards where I need to go to make all that… to bring things to light.”

Image: Amber Heard was the key witness for The Sun during the trial

The actor said that “this particular arena of my life has been so absurd” but “what the people in Minamata dealt with? People who suffered with COVID? A lot of people lost lives. Children sick… But what I’ve been through? That’s like getting scratched by a kitten. Comparatively.”

Depp went on to say that Minamata, which was made before the 2020 libel trial, will not be his last film, despite the “boycott”.

And earlier this month it was announced that he is set to be given a lifetime achievement award from a major film festival in Spain.

The actor will receive the Donostia Award, the highest honour at the San Sebastian festival, taking place in September, with organisers calling him “one of contemporary cinema’s most talented and versatile actors”.

The decision was condemned by a leading group of female filmmakers in Spain, who said it “speaks very badly of the festival and its leadership, and transmits a terrible message to the public – it doesn’t matter if you are an abuser as long as you are a good actor.”