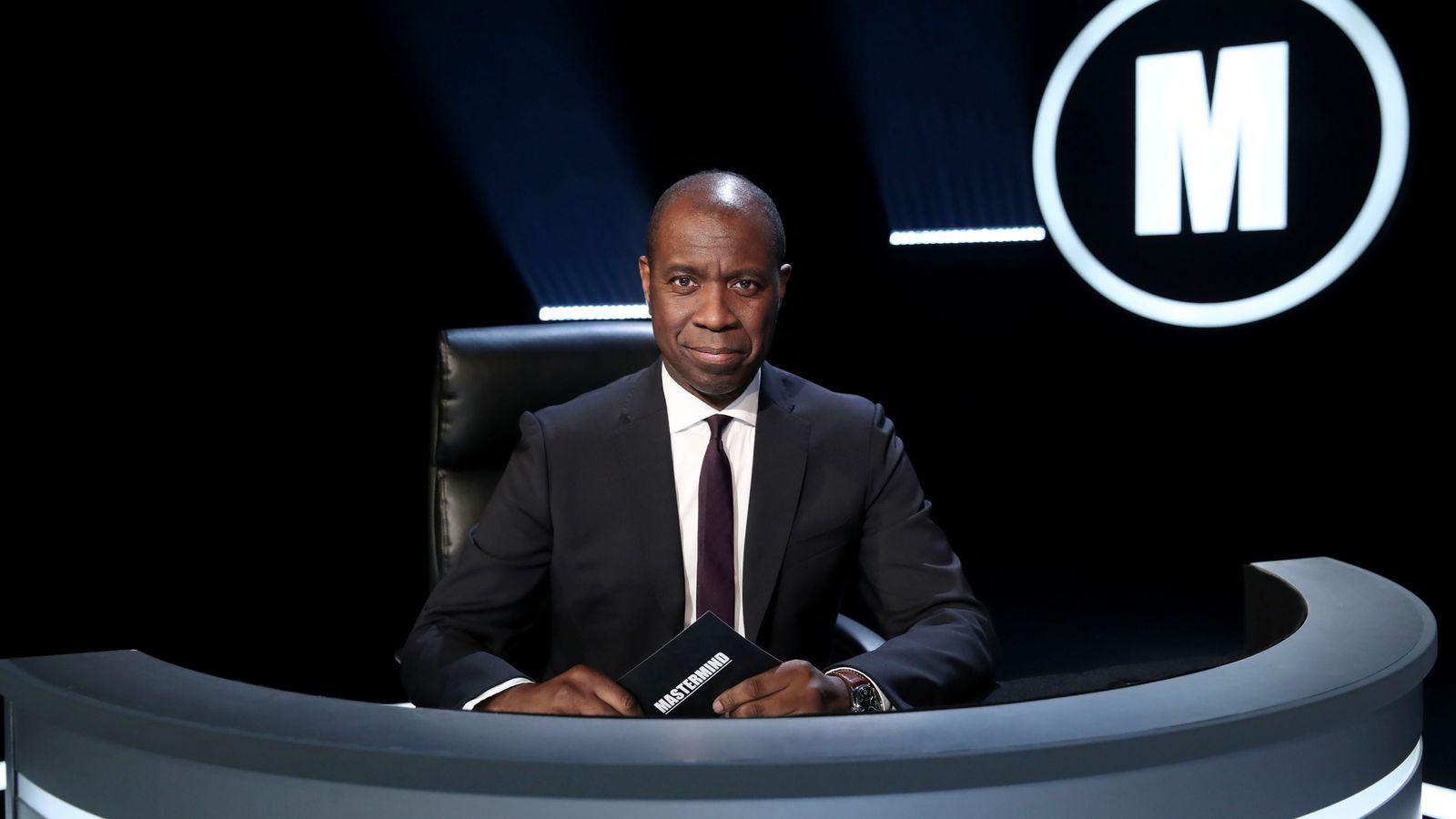 Broadcaster Clive Myrie has branded racist trolls who send him abuse as “jokes” and “sad losers” as he prepares to take the helm of presenting BBC quiz show Mastermind.

But he added that he is “way too long in the tooth” to get angry or upset about the vile comments.

The new host of the long-running BBC quiz show will replace broadcasting veteran John Humphrys later this month. It was announced in February that Humphrys would step down after 18 years as question master.

The programme will mark its 50th anniversary next year – with Myrie as its fifth host.

He told the PA news agency: “It could well be that I end up getting more abuse, I suppose, as a result of Mastermind.

“I got very little after the announcement, actually. Everything was positive, absolutely everything.

“This is not something that happens every day. Every now and again someone will send an email or send a letter or a card or whatever, making their racist views known.

Image: The veteran journalist has presented BBC News At Six and Ten since 2010

“By and large, my days of getting angry are over. I’m way too long in the tooth for that – or getting upset, rather.

“Now, I just have nothing but pity for these people, that they can be so energised and exercised by the fact that someone might have a little bit more melanin in their skin than they do, that that somehow forces them to be abusive or horrible or whatever.

“So, I have nothing but pity for these people. Surely there are more important things in life than taking the time to send an email or to send a letter?

“I have nothing but pity for sad, loser racists – that’s what they are. They’re jokes.”

He continued: “It’s always a minority. It’s a minority of people who, for whatever reason, feel they need to act in that way.

“I don’t have the time to even think about these people.

“They’re just very, very sad people, that a bit of melanin can turn them into nasty, nasty folk.

Myrie has regularly presented BBC News At Six and Ten since 2010. He previously completed stints as a BBC correspondent in Asia, Africa, Washington, Paris and Brussels.

Stating how the quiz show has been a welcome relief from a year of grim headlines, he added: “It has been nice knowing that this is sort of in the background.

“The news has been relentless and, for me, pretty much non-stop since the election campaign of December 2019.

“I’ve been busy pretty much non-stop through then, lots of journalists have.

“And there’s not been an opportunity, really, to go abroad and have a holiday and really sort of unwind, a sort of non-stop hamster wheel.

“So it has been nice, actually, to have this to look forward to, something slightly different, a new challenge, a new opportunity. Also a chance for the public to see me in a different light.”

Despite being acquainted with John Humphrys for a long time, Myrie has not sought advice from the former Today programme presenter – but hopes to be a worthy successor.

He said: “Obviously I’m following in the footsteps of giants of British broadcasting – John Humphrys.

“I hope that I do the show proud, as he has done over so many years, and so there’s a level of trepidation there as well.

“At the same time, I’m excited to see how the public reacts, and I hope it’s a positive reaction.”

Clive Myrie will debut as host of Mastermind at 7.30pm on Monday August 23 on BBC Two and iPlayer.

Lily Cole: Model criticised for wearing burka to promote new book as Afghanistan is in crisis