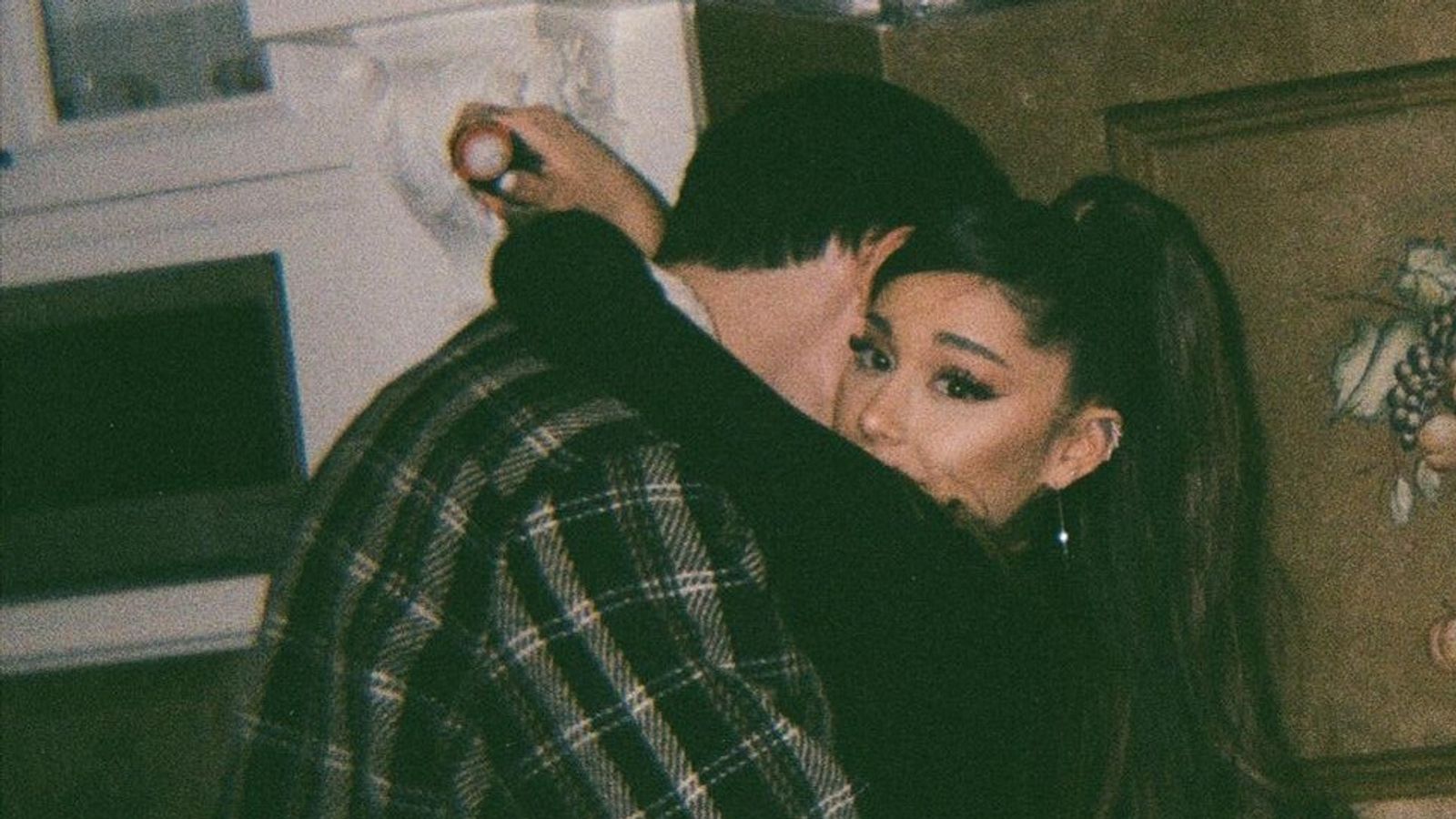 Singer Ariana Grande has shared a glimpse of life with her husband Dalton Gomez, three months after they tied the knot.

Grande, 28, married the Los Angeles estate agent in May, watched by fewer than 20 people at an intimate ceremony at her property in Montecito, California.

She posted a number of photos on her Instagram page depicting domestic life with Mr Gomez.

Image: The singer shared pictures of the pair together at home. Pic Instagram/Ariana Grande

One picture showed her cooking, and another showed the pair embracing in the kitchen.

There was a photo of the pair in ponchos and face masks, as well as images of their dogs – including a snap of Mr Gomez tickling one of the pets.

Sharing the post on her Instagram story, Grande wrote: “Some old some new but I love these.”

The pair began dating early last year and Mr Gomez, a luxury property expert, featured in her lockdown-inspired single Stuck With U, which was released in May 2020.

She announced their engagement in December 2020, and they married in May this year.

A representative for Grande described the nuptials as “tiny and intimate – less than 20 people”, adding: “The room was so happy and full of love”.

“The couple and both families couldn’t be happier.”

She was engaged to actor and comedian Pete Davidson but their relationship ended in October 2018.