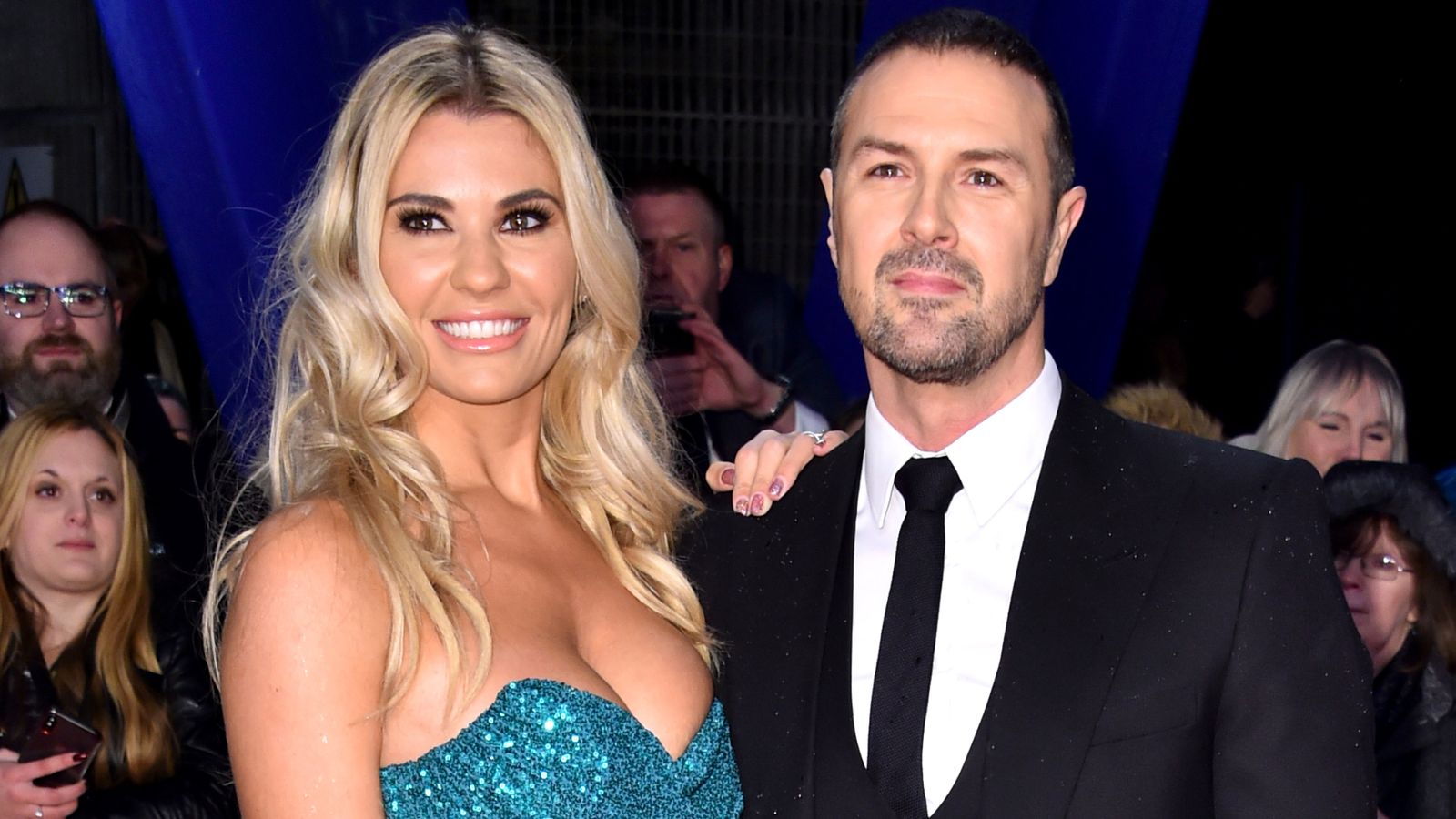 TV presenter and comedian Paddy McGuinness has called for less judgement and more education around children who have autism.

Speaking as Cambridge University launches the UK’s biggest-ever study into autism, McGuinness told Sky News that parents often fear the judgement and prejudices of others – making even something as simple as going to the supermarket a major event.

He also revealed that he had only taken one family holiday with his children because “it was so stressful for the children even taking them through an airport”, and relayed how a member of the public had confronted him over using a disabled parking space with his family.

McGuinness and his wife Christine have three children with autism, and he said that many parents with autistic kids become very “insular” due to the fear of judgement in public.

Image: Paddy McGuinness and wife Christine have three children, all of whom have autism

He told Niall Paterson on Sky’s Kay Burley show: “Something simple like going to the supermarket becomes an advanced operation of planning, making sure everything is just right…every day this challenge is thrown up at you, but also as well every day there’s amazing things [that] happen surrounding people with autism.

“I’m constantly learning every single day so the fact that I’m surrounded by autism 24/7 and still learning makes me think [that] a lot of people who aren’t aware of autism and the challenges it brings need to be educated a little bit about that and brought in…to that world.”

He talked about meeting the researchers at Cambridge and getting involved in the study, which will recruit 10,000 autistic people across the UK in order to better understand how biological and environmental factors impact their lives. The project – called Spectrum 10K – will be led by Professor Simon Baron-Cohen.

The TV star said: “I was at Cambridge which for me is the only time I’ll ever be there.

“I was doing something separate about my family and autism and I was talking to Professor Simon…and it peaked my interest.

“These kind of things…they help families, they help people become more aware of autism, and straight away when he was telling me about it…I wanted to get involved.”

McGuinness also opened up about the judgement autistic parents face from other parents when out in public.

Asked how it felt as a father, he told Sky News: “It’s a shame, you’re out with your kids with autism, they may have a meltdown, they may be upset about something, and a lot of people…might think, that child is spoilt, why is the child screaming, why aren’t the parents doing something about it?

“Unfortunately a lot of parents [with autistic children] become very insular, they won’t go out, they won’t go on holiday with their kids. Just speaking personally, me and my family, we’ve had one holiday with our children…it was so stressful for the children even taking them through an airport that we, for us, thought right…we just had to readjust to that and do things at home with them. And they’re very happy.

“But again I do feel for those parents…and I do understand why they might not want to do something so simple as jump into a car to go to the supermarket for fear of people judging them.”

“You can’t always be too hard on people who are ignorant to autism…I’ve been in a disabled parking space with my children and had to educate a bloke there who was clearly being judgemental on why we were parking there, even though we had a blue badge. And he said well they don’t look disabled, and you know…you’ve got to bite your lip in those circumstances and just take a deep breath.

“These are the prejudices that you’ve got to meet head on and I think education is the best way of doing that.”

Researchers will examine the different needs of people with autism, many of whom have additional conditions such as epilepsy, anxiety and depression.

Professor Simon Baron-Cohen, the director of the ARC, who is leading the study, said: “There is an urgent need to better understand the wellbeing of autistic individuals.

“Spectrum 10K hopes to answer questions such as why some autistic people have epilepsy or poor mental health outcomes and others do not.”

The Spectrum 10K team says it considers autism as an example of neurodiversity, and they are opposed to eugenics, searching for a cure for autism or preventing or eradicating the condition.

The research will instead aim to identify types of support and treatment which alleviates unwanted symptoms and co-occurring conditions that autistic people find distressing.

The project is being supported by McGuinness, as well as naturalist and TV presenter Chris Packham, who is autistic.