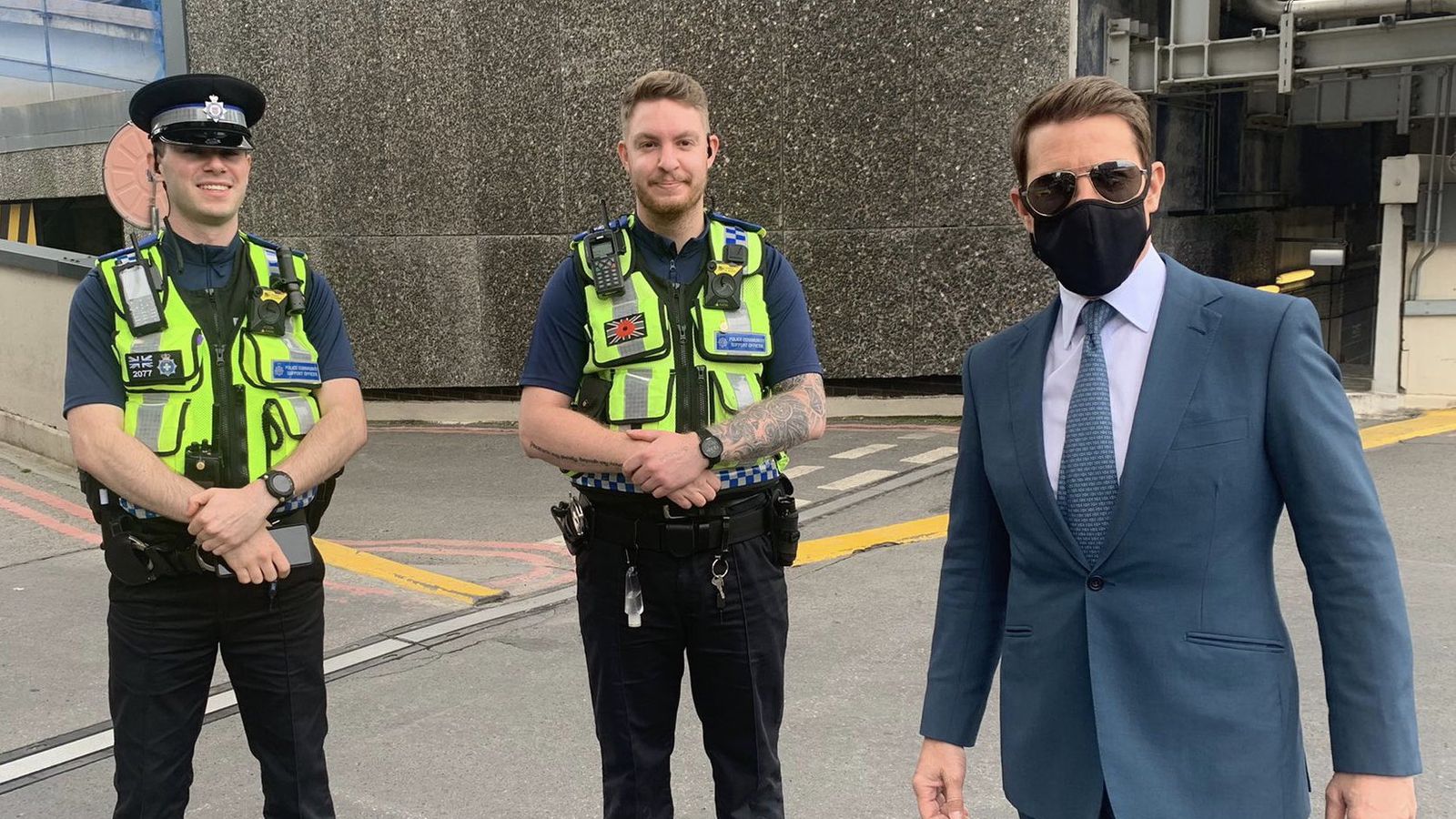 The station has been transformed to look like an airport for camera crews, with the Hollywood actor seen in a dark suit and sunglasses.

Airport signs had been hung up in the station, which was opened in 2015 following a £750 million refurbishment.

Image: Shooting for the film has been taking place around the UK Image: Tom Cruise has been spotted at Birmingham’s Grand Central New Street station

Crowds gathered in a bid to glimpse the actor, seen filming in front of a row of shops above the station’s main concourse.

Cruise, 59, who is reprising his role as Ethan Hunt in the latest instalment of the action series, has been spotted in and around the city in recent days.

Birmingham Transport Police shared an image of the masked movie star alongside two officers, with the message: “I promise you, this isn’t photoshopped.”

Over the weekend he was pictured at Indian restaurant Asha, with the venue saying he enjoyed his chicken tikka masala so much he ordered the curry for a second time after finishing the first serving.

He has also reportedly made use of a family’s garden in nearby Warwickshire as he flew into the region by helicopter while Coventry airport was temporarily closed.

Image: Cruise reportedly enjoyed his meal so much, he ordered it twice

In April, pictures emerged of a train track set up at a quarry in Derbyshire – said to be attached to the film – with a track running towards a precipice at an open pit near Stoney Middleton in the Peak District.

Cruise has also enjoyed himself at Wimbledon, Euro 2020 and at Silverstone for the Formula One this summer.