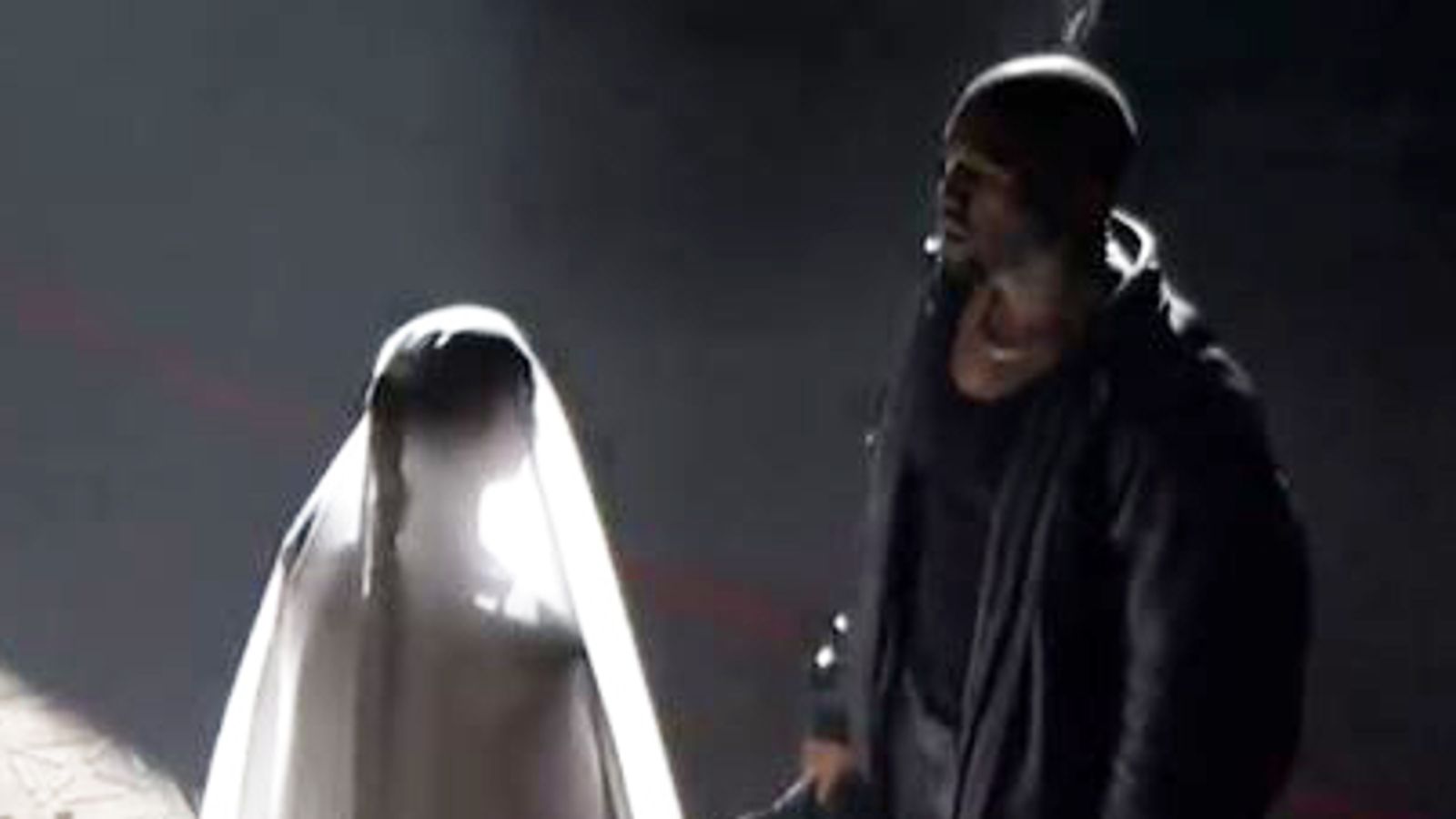 Kim Kardashian West has appeared on stage with Kanye West at yet another listening party for his-yet-to-be-released album Donda.

It is the third such event West, who has filed to be legally known as Ye in recent days, has held, with the latest taking place in his home city of Chicago.

Donda, named after his late mother, was originally due to be released last summer, but West’s perfectionist tendencies has meant he has delayed its launch several times.

Not one for doing things by half, West brought out his estranged wife during the event while she was draped in a Balenciaga wedding dress during the track No Child Left Behind – months after she filed for divorce for the rapper.

Kardashian West has been present at all of West’s events in recent months, setting alight rumours that they could be getting back together.

DaBaby has been widely condemned for comments he made about gay men and HIV-positive people at a festival in Miami recently, while Manson is facing a number of sexual assault allegations – which he denies.

The trio stood on the porch on the set which depicted West’s childhood home, while an army of backing dancers and a convoy of SUVs surrounded them.

Elsewhere, The Weeknd and Travis Scott both appeared on the album, while a sample from Lauryn Hill could be heard in one of the tracks.

At one point, West even appeared to set himself on fire inside the stadium.

In true Kanye West style, he appeared almost two hours late to his event as a screen showed a montage of pictures of his mother.

The last two events failed to result in an album release, despite him apparently living inside Atlanta’s Mercedes-Benz Stadium to finish Donda – but West’s team has said the rapper is set to drop it imminently.

Donda West was an English professor at Chicago State University, but died in 2007 at the age of 58 of cosmetic surgery complications.