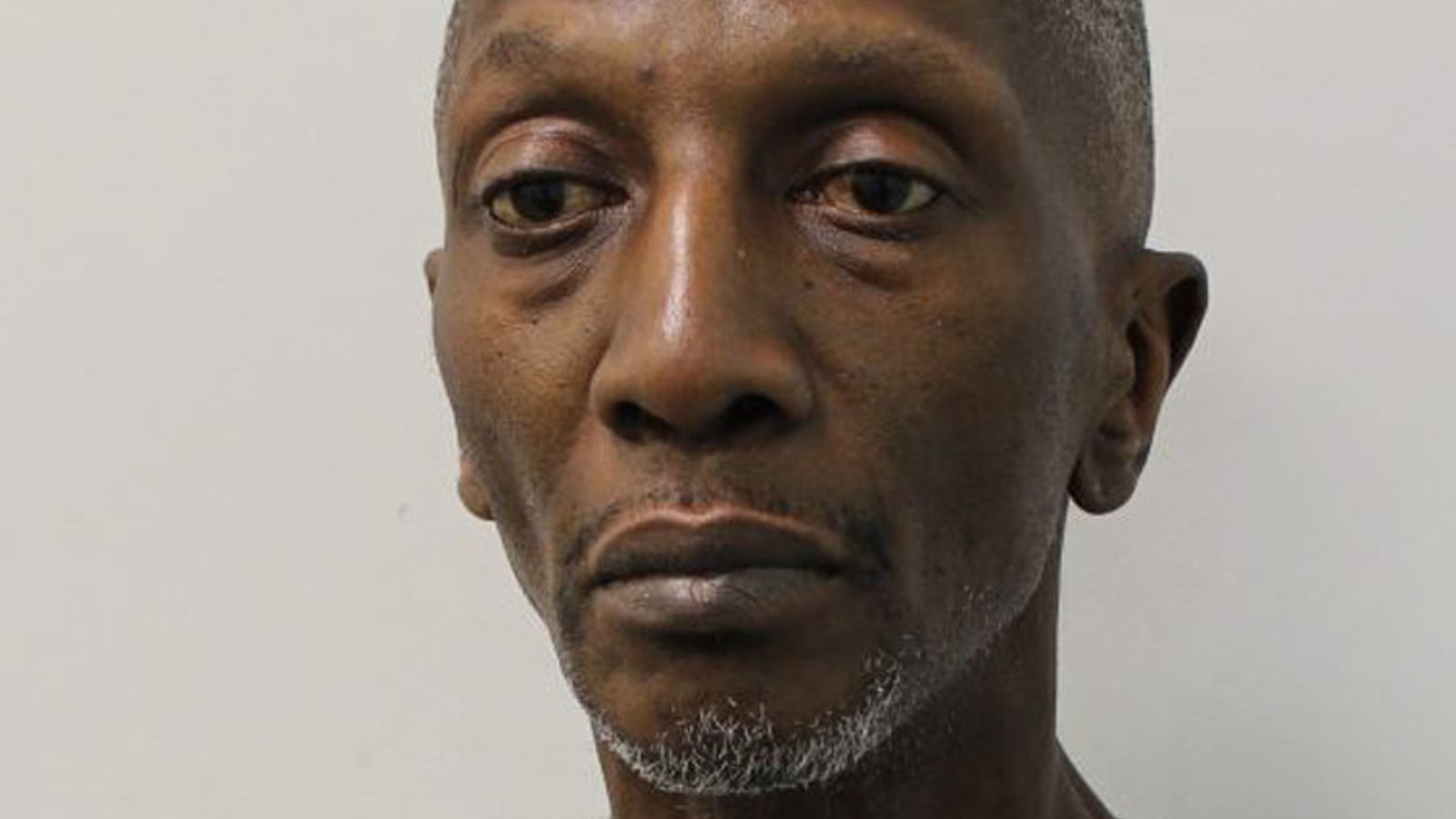 A bodybuilder famous for his starring role in 90s TV show Gladiators has been jailed for his part in a blackmail plot over a drugs debt.

Michael Jefferson King, known as Shadow from the ITV game show, was one of four people who kept Aaron Ali detained for hours in a flat in Acton, west London.

Mr Ali was subjected to an eight-hour long ordeal, which included being beaten and filmed for “highly distressing” videos sent to his family to elicit a ransom of up to £1,000.

King, 60, was alleged to have ordered a co-defendant to “fetch a hammer to break his legs” after Mr Ali tried to flee.

The former Gladiators star, a long-time user of crack cocaine and heroin, was handed a sentence of six years and three months after admitting two counts of blackmail at Isleworth Crown Court on Friday.

Three other defendants, so-called ringleader Simon Batson, Donna Harman, and Otis Noel, were also sentenced for their role in the attack.

Batson, 39, of Burlington Gardens in Acton, west London, received a jail term of six years and nine months for two counts of blackmail, reduced by a month after the judge made an error calculating his discount for early guilty pleas.

Noel, 45, of Wendover Court in Ealing, west London, was jailed for seven-and-a-half years for two counts of blackmail and one count of false imprisonment.

Mother-of-two Harman, 41, who was said to be “controlled and abused” by Batson, was handed a jail term of four years for two counts of blackmail and one of false imprisonment on account of her “lesser role” in the crime.

Image: The sentences were handed down at Isleworth Crown Court. File pic

Judge Fiona Barrie said: “A plan was hatched by the four defendants to extort money from Mr Ali’s family.

“He was subjected to a sustained and brutal attack over several hours, and from lunchtime until 9pm he said he was tortured by the group.”

She said Mr Ali said “he was treated as less than a human by people he knew, all for drugs and money”.

King, of Birkbeck Grove in Acton, who has 20 previous convictions for 39 offences, largely drug-related, showed no emotion as the sentence was passed.