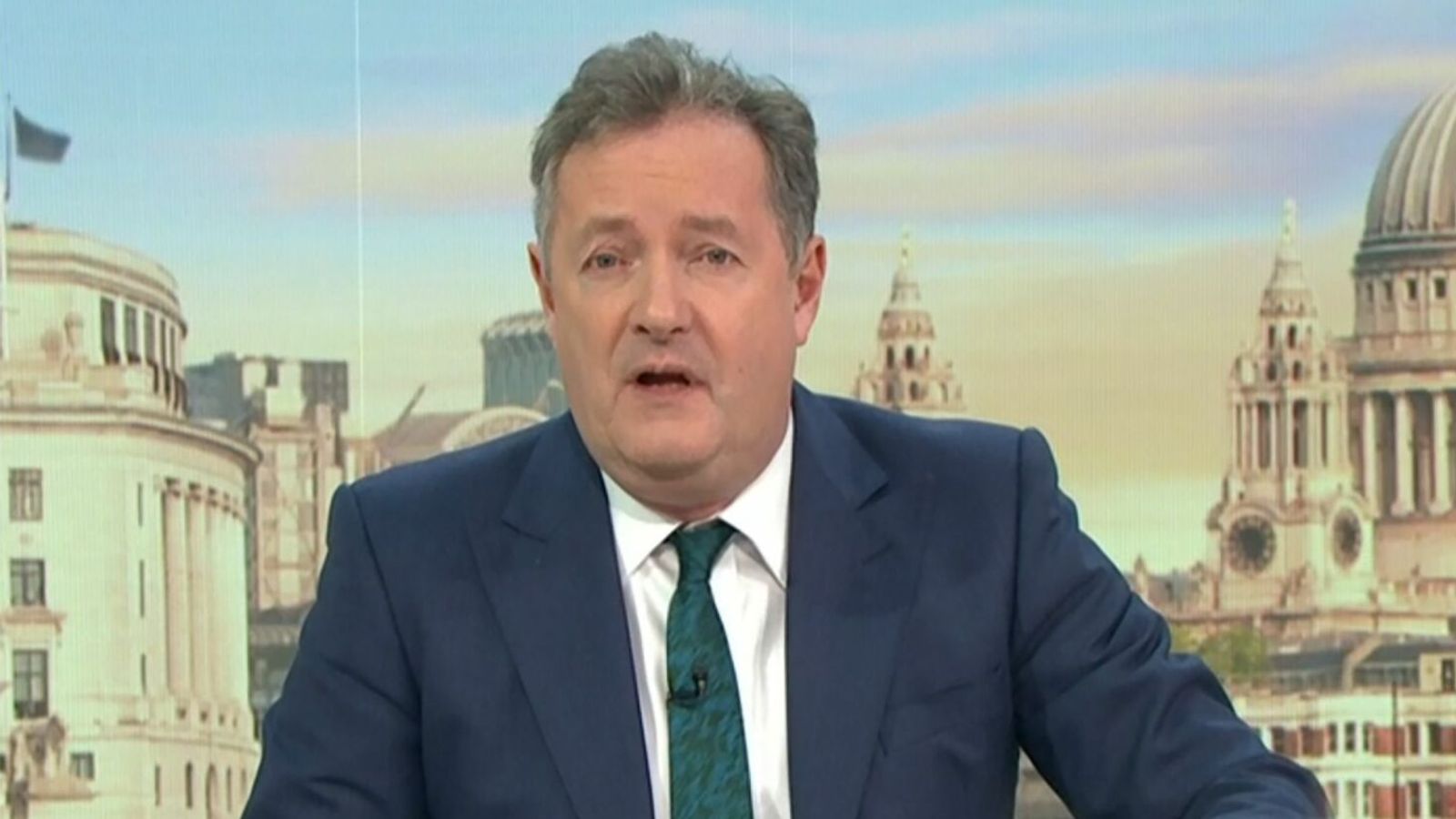 Good Morning Britain was not in breach of the broadcasting code over Piers Morgan’s controversial comments about the Duchess of Sussex, Ofcom has said.

The regulator had received more than 50,000 complaints about the programme in March, including from the Duchess of Sussex herself, which focused on Harry and Meghan’s interview with Oprah Winfrey.

Although Ofcom said Morgan’s statements about suicide and mental health had the potential to be highly offensive, it concluded that the show “contained sufficient challenge to provide adequate protection and context to viewers”.

BREAKING: ⁦@Ofcom⁩ rejects all complaints against me over Meghan Markle furore that led to my exit from ⁦@GMB⁩. Verdict says I was entitled to disbelieve her & Prince Harry & to restrict my right to do so would be a ‘chilling restriction on freedom of expression.’ pic.twitter.com/m040VOTbKi

An Ofcom spokesman said: “This was a finely balanced decision. Mr Morgan’s comments were potentially harmful and offensive to viewers, and we recognise the strong public reaction to them.

“But we also took full account of freedom of expression. Under our rules, broadcasters can include controversial opinions as part of legitimate debate in the public interest, and the strong challenge to Mr Morgan from other contributors provided important context for viewers.

“Nonetheless, we’ve reminded ITV to take greater care around content discussing mental health and suicide in future. ITV might consider the use of timely warnings or signposting of support services to ensure viewers are properly protected.”

It became one of Ofcom’s most complained about TV moments ever, with 54,000 people expressing their opposition to the broadcast.

Morgan, who has since left the flagship morning show, called the ruling a “victory”, tweeting: “I’m delighted Ofcom has endorsed my right to disbelieve the Duke & Duchess of Sussex’s incendiary claims to Oprah Winfrey, many of which have proven to be untrue.

“This is a resounding victory for free speech and a resounding defeat for Princess Pinocchios. Do I get my job back?”

Writing in a hastily published column on MailOnline, Morgan added: “Make no mistake, this is a watershed moment in the battle for free speech.

“If Ofcom had found against me, that would have signalled the end of every UK TV journalist’s right to express any honestly held opinion on air lest it upset the likes of Meghan Markle.

“The whole point of journalism is surely to question and challenge statements from public figures, particularly when no actual evidence is produced to support them?”

Image: The fallout came after Meghan and Harry’s interview to Oprah

After leaving Good Morning Britain, Morgan told Sky News he did not believe the Duchess Of Sussex’s “diatribe of bilge”.

He said: “I think the damage she’s done to the British monarchy and to the Queen at a time when Prince Philip is lying in hospital (the comments were made before his death) is enormous and frankly contemptible.

“If I have to fall on my sword for expressing an honestly-held opinion about Meghan Markle and that diatribe of bilge that she came out with in that interview, so be it.

“I think it’s fair to say, although the woke crowd will think that they’ve cancelled me, I think they will be rather disappointed when I re-emerge.”

No Time To Die: Final trailer released ahead of Daniel Craig’s last outing as James Bond

Fresh Prince Of Bel-Air: Will Smith reveals who will play him in show’s reboot